The pollution from EFT’s new 300 MW Stanari lignite-fired power plant in Bosnia and Herzegovina may be 2-10 times higher than EU limits allow, according to a new expert analysis commissioned by the Center for Environment from Banja Luka. 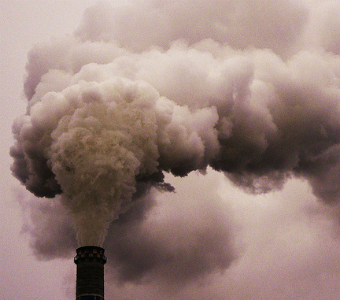 The pollution from EFT’s new 300 MW Stanari lignite-fired power plant in Bosnia and Herzegovina may be 2-10 times higher than EU limits allow, according to a new expert analysis [1] commissioned by the Center for Environment from Banja Luka.

“In 2018 new power plants in Bosnia and Herzegovina – including Stanari – will have to comply with the pollution standards in the EU Industrial Emissions Directive, so constructing any plant now that doesn’t meet these standards is pointless and will only lead to high retrofitting costs very soon”, commented Miodrag Dakic of the Center for Environment from Banja Luka.

Moreover, the analysis finds that the changes in the project made since the Environmental Permit was issued are so large that they require a new Environmental Impact Assessment. Construction of the 300 Stanari MW power plant by contractor Dongfang started this year but the project has been under development for many years, and has undergone a capacity reduction from 410 MW to 300 MW and a change of technology [5] which results in increase of SO2 emissions and lower thermal efficiency.

“Costly mistakes such as those made in the permitting process for Stanari must be avoided in future plants such as Ugljevik III, for which a concession agreement is shortly expected to be signed”, adds Igor Kalaba of the Center for Environment. “However the Environmental Impact Assessment shows that the plant’s efficiency level is not expected to be in line with EU Best Available Techniques requirements and fails to give exact expected emissions for the chosen technology.” [6]

Interviews can be arranged with Dr Pazderski via Igor Kalaba

[1] The analysis is available at:
https://bankwatch.org/sites/default/files/analysis-Stanari-compliance.pdf

[2 ] The permit was issued on 19th May 2008, changed on 22nd September 2010 and prolonged on 19.04.2013 by the Ministry of Spatial Planning, Construction and Environment of the Republika Srpska Entity.

[3] The Industrial Emissions Directive (2010/75/EU) – will be binding for Bosnia and Herzegovina from 2018, including for Stanari power plant.

The Environmental Impact Assessment Directive (2011/92/EU) – binding for Bosnia and Herzegovina under the Energy Community Treaty.

[4] The Large Combustion Plants Directive (2001/80/EC) – binding for Bosnia and Herzegovina under the Energy Community Treaty.

[6] The chosen technology is circulating fluidized bed (CFB). p.117 of the Environmental Impact Assessment states that its net efficiency will be only 34.1 percent. Such a value is much lower than the respective BAT Reference document limit of 40% for lignite-fired, new combustion plants using fluidised bed combustion. In consequence, Ugljevik III will emit relatively large amounts of CO2 and other pollutants per unit of electric power.