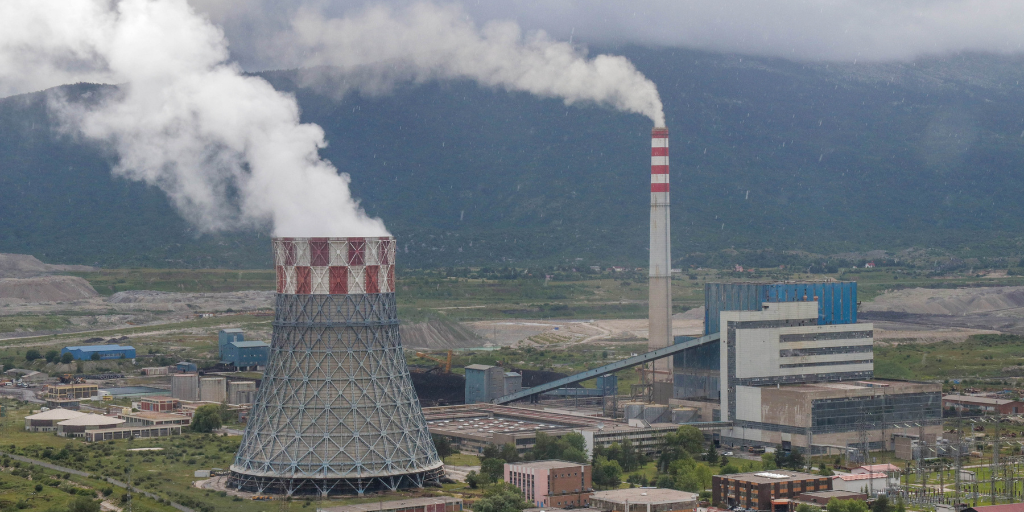 The entry into force of new legal standards on 1 January 2018 should have brought reductions in deadly air pollution. But the report – Comply or Close – shows that in 2021, dust emissions from coal plants included in the National Emissions Reduction Plans (NERPs) of Bosnia and Herzegovina, Kosovo, North Macedonia and Serbia increased compared to previous years, while sulphur dioxide emissions only decreased slightly.

The highest dust polluter in 2021 was Gacko in Bosnia and Herzegovina, whose emissions more than tripled to 4 960 tonnes in 2021 – more than 16 times as much as allowed by the country’s NERP. The reasons for this massive increase are unclear.

The Pljevlja coal plant in Montenegro also breached the Energy Community Treaty in 2021 by operating for more than 20 000 hours from 1 January 2018 without undertaking pollution control investments. (2)

The year ended with a region-wide energy crisis with coal supply problems and coal plants in Serbia, North Macedonia and Kosovo collapsing one after another. Coupled with poor hydrological conditions and high electricity import prices, this diverted attention from tackling pollution and in early 2022 provided a pretext for the Federation of Bosnia and Herzegovina to approve an illegal lifetime extension for the Tuzla 4 and Kakanj 5 units and for North Macedonia to start up an ancient oil-fired plant again after being in reserve for years. (3)

Ioana Ciuta of CEE Bankwatch Network – ‘Western Balkan governments are reacting to the energy crisis by opening new coal mines (4) and delaying power plant closures, but with such antiquated plants, the end of coal is closer than they think. A plan B is urgently needed – cutting energy wastage, opening markets and ramping up development of sustainable forms of renewable energy – but governments must take measures to cut pollution and save lives in the meantime.’

Pippa Gallop of CEE Bankwatch Network – ‘In 2021 the Energy Community Secretariat opened dispute settlement cases against Bosnia and Herzegovina, Kosovo, Montenegro, North Macedonia and Serbia but this has not been sufficient to spur them into action. The European Commission must redouble efforts to introduce deterrent penalties into the Energy Community Treaty if it wants Western Balkan governments to take EU law and human health seriously.’

The report findings, as well as additional context, can be found at https://www.complyorclose.org

(1) For more information about the Ugljevik coal plant, see here.

(2) For more information about the Pljevlja coal plant, see here.

(3) A statement by the Energy Community on Tuzla 4 and Kakanj 5  is available here.

(4) For example, North Macedonia has recently announced the opening of two new coal mines – Zivojno and Gusterica and Montenegro plans to open open-cast mines at Glisnica and Mataruge.