In July 2013 the EBRD approved its second loan in Tunisia, to Serinus Energy. With the EBRD investment portfolio in Tunisia standing at the end of 2014 at EUR 212 million the Serinus Energy loan represents roughly 25 percent of all EBRD loans in Tunisia to date and is the only loan to have gone to the country’s natural resources and energy sector.

With such a significance, therefore, surely the EBRD would make every effort to ensure that the project meets the Performance Requirements of its own Environmental and social policy (from 2008) and that it demonstrates a positive transition impact for Tunisia?

In March 2015, Bankwatch conducted a fact-finding mission to Tunisia to map Serinus Energy’s performance. The findings of the field visit to the provinces of Kebili and Tataouine provide further questions and reveal additional worrying practices by the EBRD’s client in the south of Tunisia where the bulk of the company’s oil and gas concessions are located.

These are additional to the problematic aspects of the project which have been highlighted by Bankwatch in cooperation with Tunisian civil society since the project originally entered the EBRD pipeline. 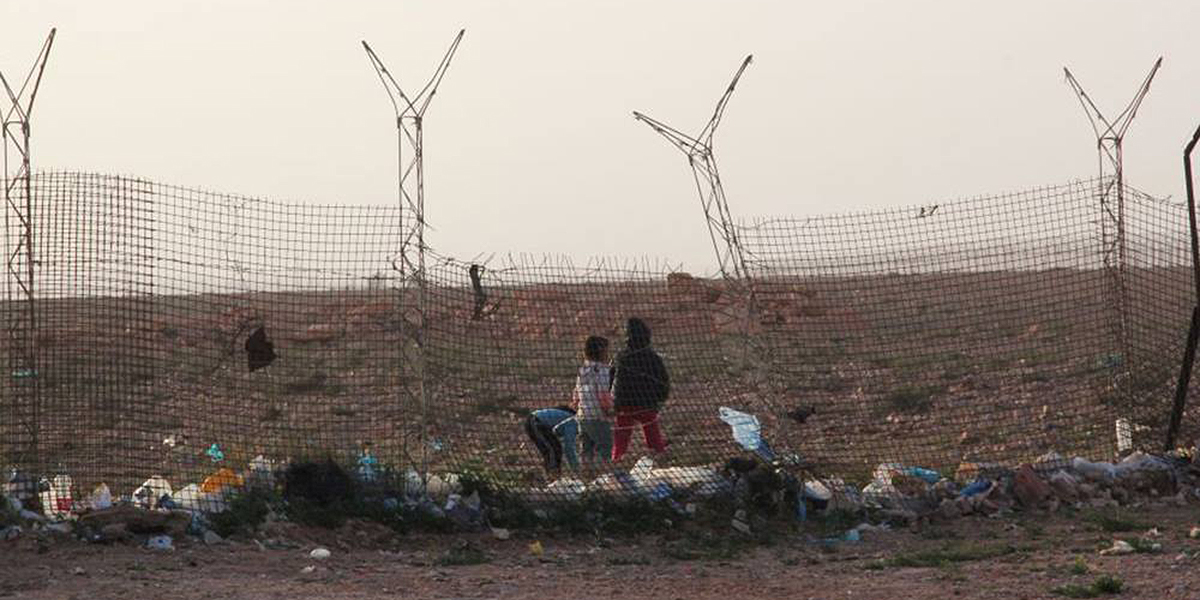 Three out of the four concessions for which the EBRD loan has been given are located within a military zone where access is subject to a desert pass issued by the Governor of Tataouine. This poses an administrative barrier to any third party monitoring.

Attempts by Bankwatch to conduct independent water tests at the Chouech Es Saida, Ech Chouech and Sanrhar concessions were torpedoed by the company which not only refused to allow access to the company’s premises for water testing in the military zone – in spite of an email five months in advance informing about Bankwatch’s intention to monitor the company’s premises – but according to the Regional Committee for Agriculture Development company employees are denying access to the premises even to officials responsible for water control and monitoring.

Over the course of 2012 and 2013, Winstar operations, a subsidiary of Serinus Energy, were hit by several strikes causing the temporary shutdown of its facilities. The central dispute involved fixed-term contracts and the contracting of employees by private intermediary agents, two notorious problems in the oil and gas sector and in Tunisia more widely.

For taxation reasons as well as complicated dismissal procedures, Tunisian employers prefer short term contracts and informal employment. In interviews with Bankwatch, trade unionists complained about inadequate worker protections and occupational safety risks connected with fixed-term contracts and subcontracting. This is at odds with the EBRD’s social standards that guarantee respect for labour requirements for non-employees.

In documents for its shareholders, Winstar claimed it resolved the conflict by negotiating an agreement with the workers and unions and establishing a mechanism for dispute resolution. However, according to the trade unionists, the strikes in 2013 were organised to address the non-implementation of previous agreements and continued sharp employment practices deployed by the company. At the alleged last meeting with the union on August 19, 2013, the company agreed among other things to provide worker representatives with labour relations standards and to grant a rise in salaries.

One trade unionist we interviewed claimsed that none of these promises have materialised and as a result the workers ended dialogue with the company.

The Winstar experience highlights a common failing in the hydrocarbons extraction sector in developing countries – while western companies extract natural resources, only a limited chunk of the revenues paid to the host governments benefits the regions directly involved. Moreover, oil and gas extraction is not labour intensive and is unable to meet expectations of significant employment creation.

This is pronounced in the impoverished governorates of south Tunisia, where unemployment hovers around 15 percent according to official statistics, though according to people approached by Bankwatch the reality is closer to 50 percent. With abysmally high rates of youth unemployment, the region has become a hotspot for social unrests and in fact a hotbed for Isis recruitment.

What’s more, the Bankwatch fact-finding mission has confirmed that the local administration lacked capacity and knowledge about the EBRD Environmental and social policy to be able to effectively monitor the company’s obligations in the Kebili and Tataouine provinces. Only after a workshop was conducted on the obligations that do in fact result from such an EBRD loan did the local authorities and trade unions feel in a position to demand more engagement from the company.

The fact that this knowledge and understanding has only been disseminated roughly 18 months after the loan to Serinus Energy was approved by the EBRD raises serious concerns about the consultation process during the project appraisal and the dissemination of information about the loan among the local stakeholders – both by Serinus Energy and the EBRD. The most surprising discovery perhaps was the fact that the governor of one of the provinces where Serinus Energy holds its concessions had not been aware about the EBRD loan to Serinus until September 2014.

Thus, we now know: knowledge of the EBRD and the obligations that ought to accompany its Serinus Energy loan has been scarce; trade unions are claiming that workers’ rights are not being respected by the company; the local administration claims that they are not aware of any taxes from Serinus operations reaching the governorate level, and; on top of this the company is not paying for its water use on time, plus there is no possibility to independently monitor the water-related practices of the company as it refuses to cooperate with both the local authorities and NGOs such as Bankwatch.

The questions over this deal continue to mount. One question however persists: can the EBRD possibly claim that a positive transition impact is being realised by its major investment in Serinus Energy?