“Poland will continue to back coal (…) The future of Polish energy is in brown and black coal, as well as shale gas,” said on Tuesday Polish Prime Minister Donald Tusk, speaking at an event of the extractive industry. 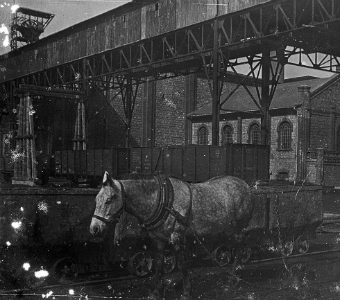 This is, of course, the same Donald Tusk that will host the November UN Climate Change negotiations in Warsaw, which are supposed to bring the world closer to a decarbonisation scenario, the only means of steering away from catastrophic climate change.

Tusk added that renewable energy sources, which are now required by EU standards to be a part of the country’s energy mix, will be limited to the extent that is acceptable to the European Union, and at the same time that EU funds for Poland would be invested in coal mining technologies and equipment.

While the speech was certainly meant for a domestic and industry audience, Brussels ears hopefully heard it and contrasted it with other statements from Polish authorities who are promising to show true climate leadership during the Warsaw conference.

Yet what kind of leadership on climate can a country provide if it focuses its energetic sector on coal and shale gas, the dirtiest forms of energy, and if it seeks to limit to a minimum investments in renewables?

Poland, of course, is known in Brussels for its retrograde stances in climate. Last year, the country blocked a European Council endorsement of long term (2050) climate targets for the EU. All eyes are now on Poland to see its stance on current debates about 2030, whose outcomes are expected to be announced soon.

Poland is the biggest beneficiary of EU funds, while being one of the smaller contributors to the common pot. European money, of course, comes together with furthering European objectives, such as ambitious renewables targets or even the EU goal of decarbonising the European economy – still not cast in stone, not in the least because of Poland.

Using EU money to promote coal at a time when most of Europe (and not only) is starting to say no to coal is brave, to say the least.

And the EU would be well advised to keep an eye not only on use of EU funds for coal but also on how Poland uses European money meant for renewables.

According to Poland’s renewable energy strategy, renewables should constitute 15 percent of the energy used in the country by 2020. Up until now, Poland has been generally on track with meeting this target (the share of renewables was 8.3 percent in 2011 and 11.45 percent in 2012), but almost half of this „renewable” energy is in fact coming from combustion of biomass in co-firing plants (coal and biomass). So even in the small section of the energy sector dedicated to renewables, coal is sneaking in.

That Poland wants to play a dirty energy game is one thing, but that it wants to do that on EU money while messing up with EU climate plans and while also pretending to be a leader on climate issues in relation to UN processes, is a whole different type of game.

If the Poles manage to get away with this, that would be an extraordinary feat. But a dangerous one, mind you.

As for Mr. Tusk, the benefits of coal mining and exploitation are hardly as impressive as he claims, and if he wants to be a responsible leader, he must inform his citizens correctly.

For instance, the Prime Minister claims that continuing to invest in coal mining is important in order to preserves job in the mining sector, which currently amount to 120,000 in Poland. But he fails to explain as well that as many as 57,000 jobs could be created with each billion of euros invested in renewables, as a European Parliament report shows.

While speaking about the benefits brought by coal, Mr. Tusk willingly ignores the costs. According to a report by HEAL published this year, PLN 34 billion (EUR 8.2 billion) are lost yearly in Poland as a result of diseases caused by coal pollution. In addition, about 3 500 premature deaths, about 1 000 new hospitalisations, and 800 000 lost working days each year are caused by the coal industry in Poland.

These are the things we all have to speak about when we consider what kind of energy mix we want for our country. Polish leaders should realise that for the sake of their people and stop using Brussels funds to go against EU objectives.