Home > Blog entry > Biodiversity on the brink: what’s holding back financing for nature?

Simply put, the significant potential of EU funding is not being used for nature, and this must change. 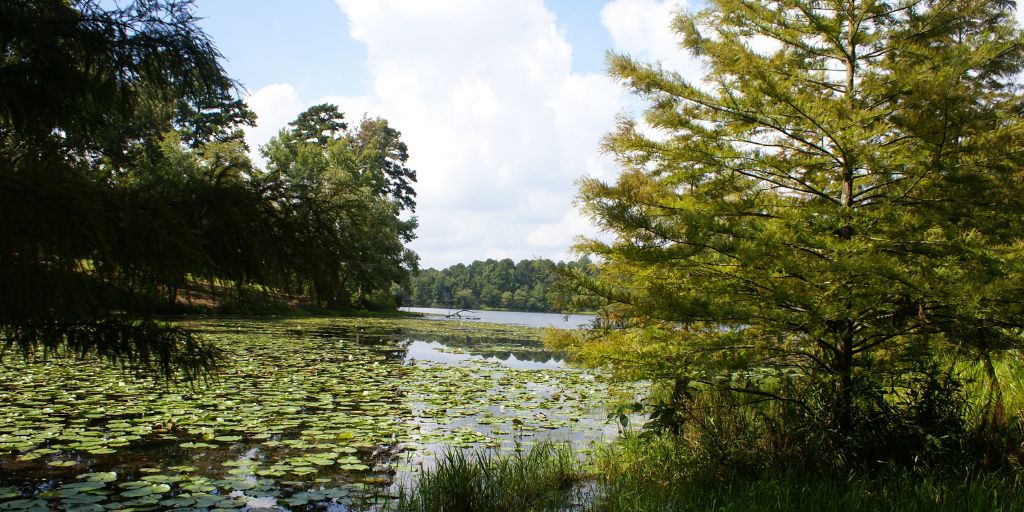 Nature in Europe is in crisis: 81 per cent of habitats are now in a poor state. Biodiversity loss is happening at an alarming pace, and we need swift and urgent action to address this. Yet although more funds, especially from the EU budget, are available to Member States, the countries are not seizing this opportunity to protect and restore Europe’s biodiversity.

The EU Biodiversity Strategy for 2030 sets several targets for biodiversity financing. These include the need to earmark EUR 20 billion annually across the EU, as well as 7.5 per cent of the EU budget to go to biodiversity related activities by 2024 and 10 per cent by 2026. Yet estimates show a total funding gap of EUR 187 billion across the period from 2021 to 2030 needed to deliver on the strategy’s targets.

Bankwatch and EuroNatur, together with four national organisations, recently organised a series of roundtable discussions with a variety of nature conservation organisations in order to better identify some of the common challenges impeding EU biodiversity funding. These are some of the key problems holding back progress in financing biodiversity nationally that they identified.

Our discussions on bottlenecks in financing biodiversity show that Member States fail to provide systemic funding in the field of biodiversity restoration and conservation. For example, in Slovenia, the Ministry of the Environment and Spatial Planning receives four times fewer funds than other ministries. What’s more, environmental, nature and landscape organisations in Slovenia receive only 1.18 per cent of these limited funds. This financial shortfall makes it impossible to finance urgent nature conservation activities, such as regular and mandatory monitoring of protected areas. These activities require stable, long-term funding in order to lead to meaningful and impactful results.

In Croatia, national and local sources of funding for biodiversity projects have been drastically reduced over the last decade, which officials justify by citing the availability of EU funds to replace other sources. This has impacted smaller local organisations that do not have the capacity to write and implement EU projects. The lack of systematic rules for national co-financing of EU supported projects can also force such organisations to join bigger projects with public institutions. This in turn hampers their ability to publicly criticise any damaging practices in such projects.

Furthermore, even when funding for biodiversity is available, Member States do not seize the opportunity to finance nature. For example, the EU’s EUR 672 billion Recovery and Resilience Facility offered at least 37 per cent of its funds for environmental objectives, including biodiversity. Yet Member States failed to use this to finance restoration or conservation measures.

Lack of capacity, expertise and experience

Another common issue is the lack of expertise in the field of nature conservation, especially within the institutions responsible for managing these funds.

For example, in Croatia, the nature protection sector is understaffed. This, in combination with an over-centralised system, often does not allow for the full use of available funds. Additionally, there is a lack of capacity and expertise within the responsible ministry in charge of the disbursement of funds and public institutions working in this field.

Similarly, in Latvia there is a significant lack of capacity among both civil society organisations and competent authorities. Organisations lack the capacity to conduct advocacy work and public communication, follow the latest scientific research and ensure public participation in decision-making. They also depend on funding and often lack the core financial support necessary for their work. On the other hand, the competent authorities often do not have enough nature conservation and financial experts among their staff, and the existing capacity is not used efficiently.

In Slovenia, state institutions, responsible for obtaining funds, have insufficient knowledge of nature protection issues. Within these institutions, there is frequent staff turnover due to political timelines, meaning that there is often a lack of long-term expertise and knowledge. Responsible public bodies are understaffed, which is reflected by the shortfall in the transfer of knowledge to younger staff and as a general lack of ambition for long-term conservation actions. Organisations struggle with obtaining funding, as bureaucratic requirements often make application and reporting conditions too demanding.

Competition with other sectors

We have also observed conflicts of interest and lack of coordination between ministries, especially the ministries responsible for the environment and for agriculture. In Bulgaria, there is no monitoring of the results of agricultural measures which also include biodiversity objectives, originally included to ‘green’ the agricultural policy. Civil society organisations do not have the capacity to monitor the effects of the Common Agricultural Policy (CAP) on biodiversity, and currently there are no other actors who can take up this task.

What’s more, there is a lack of awareness of biodiversity issues in other sectors that should also incorporate biodiversity measures into their activities (and finance them). This has been especially visible in the agricultural sector. The competences for managing certain components of nature in this sector are often not clearly defined or are overlapping, which is a source of constant friction with nature protection authorities. An additional problem related to other sectors is greenwashing, in which projects that are not beneficial to nature are promoted as ‘green’ investments, often in order to formally satisfy the requirements of a fund to have a certain percentage dedicated to nature and biodiversity.

In Slovenia, conflicts with other politically and financially stronger sectors, especially agriculture, forestry and energy, pose a major challenge to obtaining sufficient funds for nature conservation. Strong lobbying from these opposing sectors prevents changes in the percentage of allocated funds in favour of biodiversity and consequently an increase in the share of investments in nature conservation.

Lack of political will

To secure sufficient public funds for nature protection and restoration, there must be political will. Yet national decision makers fail to understand the underlying issues and drivers behind this and prioritise addressing them.

Another serious issue is the focus on absorption of funds rather than efficiency and spending the funds on what is really needed. There are also serious transparency issues, namely providing information on implemented projects for environmental programmes financed under the EU’s cohesion policy funds.

In Slovenia, the key legislative and financial conditions required to participate in most funding applications narrow the circle of applicants to a select handful. Tenders and project implementation are too bureaucratically demanding, and the project objectives are too general.

In Latvia, there is not enough funding in the allocated state budget, which is mostly aimed at administrative tasks, for habitat restoration and compensation to landowners for the restrictions imposed by the state.

Even when the quantity of biodiversity funds is increased, it does not offset or mitigate the harmful effects of other financed activities. Although it is more cost effective to preserve than to restore nature, funding continues to be directed into biodiversity-damaging areas. Potential negative impacts across sectors are not factored into decision-making, in part due to low awareness but also due to difficulties in tools to track spending. In biodiversity rich countries, such as Bulgaria, the real challenge is to preserve existing nature in the face of economic pressures, including those coming from EU-funded subsidies and projects. A key priority must therefore be to prevent financing key drivers of biodiversity loss in the first place, rather than just its restoration after the damage has already been done.

In some countries, like Slovenia, the lack of tenders for biodiversity restoration or conservation projects also leads to the creation of ‘dumping’ offers, which consequently encourage the financing of activities that are not essential for long-term biodiversity protection. An additional challenge in choosing to apply for funds is the requirements and administrative management of EU-funded projects (LIFE, cohesion policy) that lead to the implementation of short-term ‘instant’ activities that have a visible effect over the life of the project rather than in the long term.

This article has been compiled from the results of roundtable discussions with environmental groups organised by Rolands Ratfelders, Green Liberty (Latvia); Katerina Rakovska, Balkani (Bulgaria); Hrvoje Radovanovic, Green action (Croatia); and Pia Hofferle, DOPPS (Slovenia), coordinated by CEE Bankwatch Network and EuroNatur. The activity was carried out in the frame of an ongoing project aimed at better understanding barriers to EU biodiversity financing, funded by the German Ministry for the Environment under the EURENI programme.