In spite of an updated construction contract for a new unit at the Tuzla coal-fired power plant, the project’s economic feasibility remains a puzzle with missing pieces.


Bosnia and Herzegovina and its neighbours are among the few European countries still planning to build new coal plants. Most EU countries are not only not building new ones, but are looking to phase out the ones they already have. Just recently, Belgium and Scotland closed their last coal-fired power plants and others including the UK, Austria and Portugal aim to phase out coal within the next ten years.

Such moves are certainly influenced by climate considerations, but let’s face it, economics plays a crucial role. I doubt we’d be witnessing such a fast decline of the coal industry if burning coal was highly profitable.

Yet here in southeast Europe, the myth that “coal is cheap” is proving hard to shift. The latest manifestation of regional governments’ refusal to believe that times have changed is today’s signing of an annex to the contract between Elektroprivreda Bosne i Herzegovine (EPBiH) and China’s Gezhouba Group for the latter to construct a new 450 MW lignite unit at the Tuzla power plant.

The original contract was signed in August 2014 between EPBiH and China Gezhouba Group for EUR 785.7 million, but it was later admitted that the project was not economically feasible in this form. This ought to have been clear before the contract was signed, not only afterwards. In July 2014 Bankwatch and our partner Ekotim warned that the EPBiH’s own figures showed that if the cost of construction rose by EUR 50 million – hardly a rare occurrence in large infrastructure projects – it would be tipped into economic unfeasibility, and an analysis by economist Vladimir Cvijanović published later in the year showed (pdf) that the price of coal from the nearby mines on which the project was relying was unrealistically low. 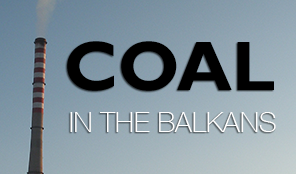 Today’s annex is reported to bring the cost down to EUR 722 million, which is of course better than EUR 785.7 million, but important questions remain unanswered:

“the price of coal should not rise above the current level which is already now above the price foreseen in the investment documentation for unit 7 (4.75 KM/GJ) […] In the event that it does, the competiveness of the current generation and feasibility of the realisation of the new units will be threatened.”

Yet in 2014 the sales price for coal for power plants (pdf) was 4.90 KM/GJ. Moreover the sales price is nowhere near to reflecting the production costs in the Federation of BiH’s mines, which in 2014 – the latest year for which information is available – amounted to 6.58 KM. None of these prices include the investments that would need to be made into the mines to continue production for the new unit.

Bosnia and Herzegovina has apparently managed to persuade China to provide a loan in EUR rather than USD in order to mitigate exchange rate risks – the Bosnian Mark is pegged to the Euro – but negotiations are still ongoing about whether the period for paying off the loan can be extended to 15 years instead of 10.

The Federation of BiH government plans to provide a guarantee for the loan, but it is not clear under what conditions, which as well as concerns about debt, also raises issues of compliance with its state aid obligations under the Energy Community Treaty.

The latest changes to the project have taken place well away from the public eye so it is impossible to analyse them in more detail and come to clear conclusions about the project’s feasibility. This in itself raises a red flag, and if the Federation of BiH government wants to convince anyone that this project is going to be a success, it will need to be much more ready for open debate about it. Of course this should have happened before the signing, not afterwards, but it is still far from certain that the plant will be built: Tuzla 7 does not yet have an updated environmental permit, let alone a construction permit, and no financing contract has been signed.

Without these conditions fulfilled, the project’s future is just as uncertain as it has been for the last two years.