David Chipashvili from Bankwatch member group Green Alternative in Georgia talks about the opportunities and threats in bringing concerns from the ground to the attention of the European Bank for Reconstruction and Development. 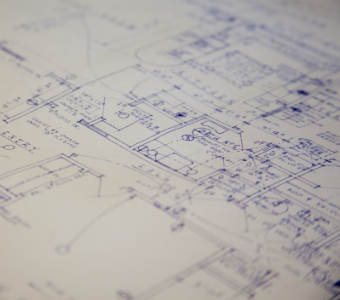 The annual meetings of the European Bank for Reconstruction and Development (EBRD) are always a good chance to meet with staff, management and the board of directors at the bank. I went to Astana to discuss the Paravani hydro power plant (HPP) project in Georgia.

The Paravani project, for which the EBRD is considering a USD 44 million USD loan, would divert on average 90 percent of the Paravani river, channel it to an 87 MW power plant and finally into the Mtkvari river. Diverting this amount of water would damage the Paravani river ecosystem and increase the risk of floods for those living in the village of Khertvisi.

Construction works have already cut access for farmers trying to get their livestock to pasture. And even though more farm land will be lost, villagers will only find out 60 days before the actual construction begins. They will have no time to negotiate compensation for the losses they suffer.

These problems weren’t addressed by the official assessment done by the project developer. My (and the farmers’) hope for the meetings in Astana was that these concerns would be addressed by the EBRD, by doing further assessments and postponing a decision on the loan, scheduled for June 14.

It was heartening to see that some of the EBRD’s board and staff listening to our concerns. The EBRD promised to raise these issues with the project developer and we hope that the EBRD will demand measures to avoid flooding and to leave more than 10 percent of the water in the Paravani river.

Is this really helping Georgia?

But the environmental and social impacts aren’t the whole story. There are more significant problems with the Paravani project and the rest of the hydropower plans in Georgia – most of these projects don’t add up economically. Yet 11 other large dam plants could potentially receive support from the EBRD.

The Paravani project is developed by a Turkish company, Georgian Urban Energy. While it claims that the plant can bring around USD 36.6 million annually to Georgia, the development contract gives Georgian Urban Energy the rights to build, own and operate the plant so that eventually only tax revenues would reach the Georgian state budget. Based on our optimistic estimations, this would amount to a mere USD 2,5 million annually or less than 6 percent of the EBRD loan.

In short, the problem with this kind of project is that it encourages electricity production for exports that then only marginally benefit the Georgian state. Additionally, job creation for Georgians will be mostly temporary and limited to low-skilled labour. At the same time smaller scale, decentralised, alternative energy investments that could better serve the needs of the local populations do not receive the attention they deserve from the EBRD.

Opening the EBRD’s eyes to such alternative approaches is a difficult task. Some of the EBRD representatives I’ve talked to seemed very fond of this type of hydro power plant project. The aspects of Georgian ownership and ensuring real benefits for its population may not have changed their conviction.

It is unclear what the follow-up will be from Astana. Ideally, the EBRD will reassess its involvement in projects like these in Georgia that mainly support energy exports without helping countries to utilise their resources in a sustainable manner. We’ll keep pushing for a shift in energy investments to smaller-scale, decentralized, renewable energy projects.

More information about the EBRD.