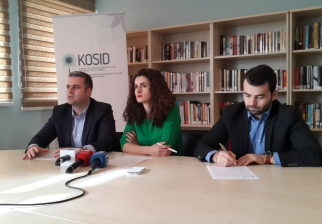 Kosovo Civil Society Consortium for Sustainable Development (KOSID) has contested the opening process of the tender for the Power Plant ‘New Kosovo’ with only one bidder, based on Article 32.4 of the Kosovo Law on Public Procurement, according to which, “If during the conduct of a procurement activity, less than two responsive tenders or, where applicable, requests to participate are received; the contracting authority shall cancel the procurement activity.” Given that for the Power Plant ‘New Kosovo’ just one bidder has applied (Contour Global), this process falls directly contrary to the law.

It should be remembered that from the beginning of the process this project has been accompanied by non-transparent procedures and an unjustified amount of money spent for technical assistance. Moreover, the whole decision-making process on this project with a significant financial and environmental impact is happening at the end of the year and during an institutional transition period.

Furthermore, we are concerned by the political intervention by the former Prime Minister of Kosovo, currently the Minister of Foreign Affairs, Hashim Thaçi, in this project before the final decision is taken by the Project Steering Committee (PSC). Through a post in Facebook, Thaçi announced that this decision would be “the most serious decision which will lead to economic development and creation of new jobs.”

If procedural standards are not respected and legal violations are happening even before the tender is awarded, how can we expect that the building and operation standards will be respected by the eventual winning company?!

Hence, KOSID requires the Project Steering Committee (PSC) of the ‘New Kosovo’ power plant to cancel the tender process for this project and not proceed with further violations of laws in force in the Republic of Kosovo.