In the draft version of its new transparency policy the European Investment Bank is making access to information on its tens of billion euros lending harder than ever. 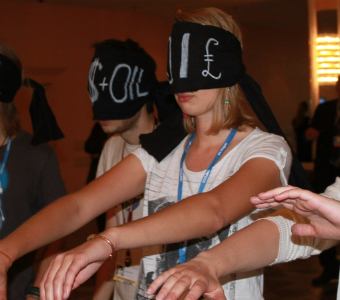 Although over the years, the bank has made attempts to improve its practices, campaigners active on the bank have a sense that as of late the bank has become slower at disclosing information.

A transparency policy like this would cater well to the secrecy preferred by corporate actors while the obvious public interests in a public bank don’t seem to play even a secondary role.

In a symbolic case this year, the EIB continues to withhold important information about tax evasion allegations surrounding its 50 million US dollars loan to Mopani copper mine in Zambia. Following accusations of tax evasion against the mine in 2011, more than 50 MEPs, in an open letter to the EIB, called for a moratorium on public financing for mining projects. The bank announced an investigation of the tax evasion allegations against Mopani Copper Mines plc, a Zambian company which is largely owned by Glencore. Yet despite complaints by civil society organisations to the bank and the European Ombudsman, an open letter to the EIB President and the advice of the bank’s own complaints mechanism to make the investigation public, the content of the report is still kept secret.

Mopani is just one case in point of how the bank is failing to meet transparency and accountability standards expected from a public institution. Since the consultation of the new transparency policy opened, NGOs such as Counter Balance, in which Bankwatch is a member, have been sending their input (pdf) to the bank in the hope of turning it into a more accountable institution, as it suits the bank of the European Union.

However, surprisingly, the bank’s current draft (pdf) of its new transparency policy, as it was released to the public in the beginning of July, would mean a major step backwards and a dilution of the actual policy in terms of access to information and the public disclosure of information.

The most worrying elements of the draft are:

All in all, the policy draft is less concerned with transparency than it is with confidentiality. A transparency policy like this would cater well to the secrecy preferred by corporate actors while the obvious public interests in the dealings of a public bank don’t seem to play even a secondary role.

NGOs monitoring the EIB will not let this be the last word. Strong requirements for a pro-active disclosure of documents and the engagement of stakeholders must be included in the final policy. Also the bank’s website needs to be improved substantially, including better presentation of project information, a complete public register of environmental documents and a register of complaint cases.

Anything less would be a shameful result for the public bank of the European Union.