As the Board of Directors is expected to vote any day now on the renewed Policy which lays out the conditions for reaching the Bank’s sustainability mandate and commitment to EU standards, a compliance review on Serbia’s energy company’s corporate restructuring loan calls for clearer and stronger safeguards for corporate level loans. 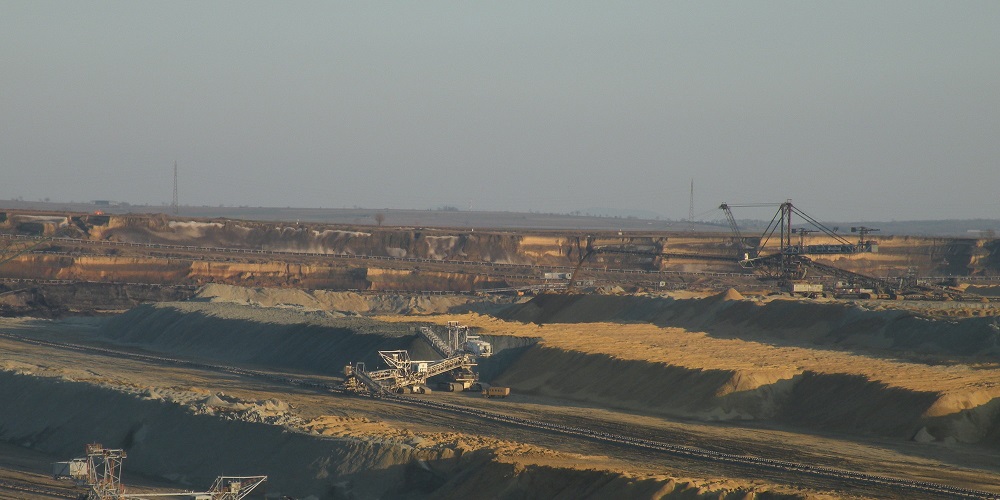 The bank’s accountability mechanism has finalised a year long compliance review initiated by Bankwatch and member group CEKOR, which alleged that the EBRD’s  restructuring loan to Serbia’s energy utility Elektroprivreda Srbije’s (EPS) has fallen short of the bank’s commitment to sustainability, rule of law and EU standards.

The Bank’s grievance body’s report has found evidence of harm associated with EPS operations, as well as evidence of inadequate due diligence and monitoring of the EPS Restructuring project. It shows that the EBRD has done an extremely poor job at assessing and mitigating risks and potential harm, “which do not adequately mirror the magnitude of some of the environmental and social challenges faced by EPS, especially as they continue to be reflected in the series of PCM complaints against EBRD operations supporting EPS”. This is especially of concern given the bank’s long experience with EPS.

Vreoci village disappearing – one of many illustrations of EPS’ impact

While the report demonstrates the failure of the EBRD to deliver on the intended improvements in environmental and social sustainability on corporate level, the compliance report concludes that the EBRD has not breached its own policy in the case of the EPS Restructuring loan. This conclusion is illogical and is only backed up by the argument that the EBRD made some, even if inadequate, effort to apply good international practice and EU standards with regards to environmental and social assessments and management, stakeholder engagement and resource efficiency.

As the case is virtually closed, the decision to clarify and strengthen the safeguards in the Policy for corporate loans is solely in the hands of the EBRD’s Board of Directors, who are expected to vote on it in the upcoming days. The compliance review did make specific recommendations in this regard: to clarify its policy provisions on corporate loans, especially for environmental and social risky projects, and to make sure that they are implemented.

How long is too long for non-compliance?

If EPS’ long-term plan to keep digging and burning coal for the next 60 years and impact on the community and environment wasn’t bad enough, the company’s most recent investments in coal infrastructure demonstrate a blatant disregard of national and EU legislation as well as international treaties.

❌ EPS began to construct the de-SOx chimney at Kostolac B1 and B2 in the summer of 2015 before the EIA procedure was concluded and a construction permit granted. Later on, the Construction Inspectorate issued a permit, without any public consultation, in an attempt to legalise the already half-constructed chimney.

Kostolac B power plant and the Drmno mine expanding, despite not having all necessary permits to do so

❌ The Drmno coal mine, which supplies the Kostolac power plant, is being expanded from 9 to 12 million tonnes a year without undertaking an environmental impact assessment procedure – a breach of the EIA Directive which is being investigated by the Energy Community’s dispute settlement mechanism.

❌ An analysis of emissions from 2016 of all power plants in the Western Balkan region places Kostolac B at the top of the polluters list in the region, with 128,000 tonnes of SO2 released into the atmosphere, nearly as much as Germany’s entire coal fleet. Even though in July 2017, work to fit units B1 and B2 with de-SOx equipment was allegedly completed, the pollution control equipment has hardly worked since, which essentially means the retrofit failed to bring any results.

The EPS restructuring loan and the EBRD’s cherry picking approach to Environmental and Social Policy compliance is a turning point.

If the Board decides to implement the compliance review recommendation in the revised Policy, it will show the world that the EBRD is committed to safeguarding impacted communities and the environment in the case of corporate level loans in the same way it has committed to do for loans directed at specific operations of its clients. If not, it will send a message that the bank is happy to leave itself plenty of loopholes with a vague policy that lets polluting giants like EPS get away with blatant legal violations and ignore the fate of people who suffer the consequences of their operations.

The final form of the Environmental and Social policy will be a test of the Board’s maturity and responsibility to close the loopholes that currently allow corporate loans to fall under the compliance radar and show whether they are willing to enforce tangible and measurable improvements for the life of people and the state of our environment, in line with the EBRD’s sustainability mandate.