Estonia’s recovery and resilience plan was one of the last to be submitted to the European Commission. Yet despite the extra time it took authorities to develop, the plan is based on an incomplete vision of a green recovery which completely ignores the issues of biodiversity and nature protection. 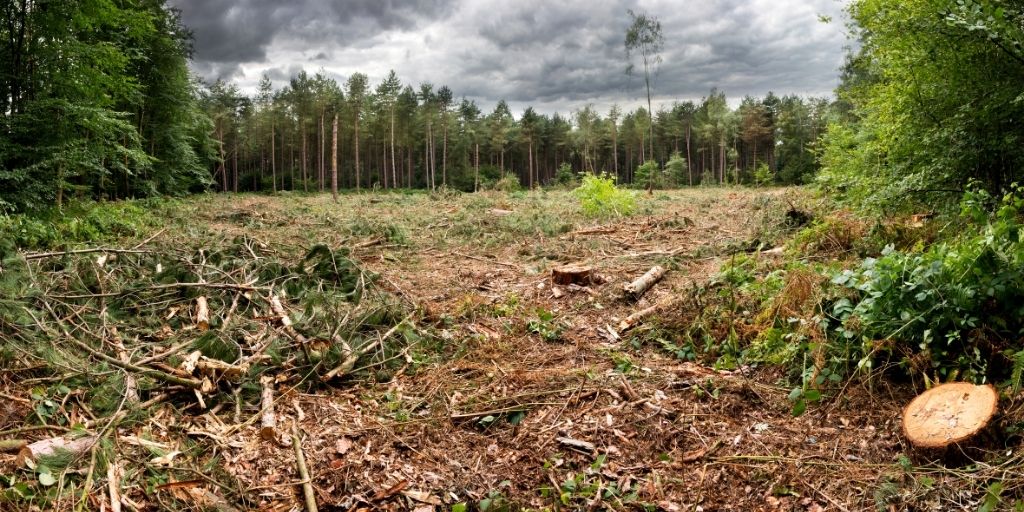 Public participation in the planning was limited and lacked transparency, and the process suffered from long delays, as we flagged during the preparation of the plan. In addition, the long-awaited 429-page draft of the plan provides disappointingly vague details of the planned measures, leaving too much room for interpretation and thus for environmentally harmful investments.

Although the recovery plan is based on the country’s long-term strategy Estonia 2035, the biodiversity sections of the strategy have not been included in the recovery plan. Environmental organisations highlighted this issue during the first round of consultations. Yet, the government chose to take no action, despite the uniquely large fund, the poor state of Estonian ecosystems, the EU’s biodiversity targets, the EU Green Deal and the Estonia 2035 strategy.

Estonia’s recovery plan has neglected nature as a part of the green transition. While the plan includes many opportunities to help various industries transition their operations to more environmentally-friendly systems, the very environment these industries have degraded in the past decades has been forgotten.

Even though the funds may help reduce the environmental impact of industries in the future, a lot of the damage is already done and should be remedied. In addition to reparations, protecting nature and ecosystems should be at the centre of the green transition due to the sheer basic necessity of irreplaceable ecosystem services and nature’s potential to mitigate and assist in adapting to climate change. Valuing nature is essential for a successful green recovery.

Some recovery plan measures which claim to contribute to climate action are potentially harmful to biodiversity – with a holistic view of green transition, this should be impossible. Climate action and biodiversity should not be competing for investments, as they are two sides of the same coin. The contradiction is partly an issue of oversimplification: in mainstream conversation, climate change is often reduced to the amount of CO2 emissions, which dismisses the complexity of the process. While CO2 emissions are indeed a key concern, narrow framing has allowed for the development of nature-harming ‘climate action’ projects, one of the most glaring examples of which is unsustainable forest biomass. This framing has allowed us to disconnect climate goals from biodiversity targets, which is detrimental for the green transition process in the long term.

‘Do no significant harm’ assessment misses out on harmful aspects

The ‘do no significant harm’ assessment that is included in the recovery plan ignores multiple potentially harmful consequences of certain measures. For instance, the assessment for the measure supporting companies’ digital transition identifies only the potential impact of digitalisation on climate goals, but completely ignores whether the measure can be used to promote the efficiency of fossil fuel-related or other environmentally harmful sectors.

The measure aiming to support companies’ export competitiveness is a similar case. Its ‘do no significant harm’ assessment is based on an erroneous assumption that Estonia exports almost exclusively information technology (IT) solutions and thus the measure is intended mainly for IT companies. The assessment, however, ignores the fact that shale oil and woody biomass are also major export items in Estonia. [/vc_column_text]

As such, the measure could potentially be used to allow EU funds to boost the production, export and use of fossil fuels or spur further logging, loss of biodiversity and the declining carbon sink in Estonia.

One measure which is potentially harmful to biodiversity is the valorisation of bioresources. The key issue is that the description of the measure does not indicate specifically what will be invested in, or flag projects which will not be supported. Although the plan states that the focus is on valorising waste and by-products, which do not increase pressure on ecosystems, valorisation of other types of biomass is not excluded. Thus, the measure in its current form does not prevent harmful investments.

For instance, while energy production from biomass is not supported by this measure, energy production from waste or its by-products is supported. This raises many obvious concerns regarding how waste is defined – the forestry industry and environmental organisations have very differing understandings – and how the process is monitored to ensure that only waste is used.

In addition, the measure claims to promote the sustainable use of bioresources while not explaining what is deemed sustainable. The description of the measure refers to no limits, maximum quantities or potential safeguards (barring references to EU directives) to actually deliver the ‘sustainable use’ promise. It is a common misconception that valorisation or other forms of efficiency improvement naturally reduce the use of the resource, when in fact growing demand may increase the overall quantities needed in order to make the most profit. In the context of continuously increasing pressure on bioresources, setting limits is crucial for preventing further ecosystem degradation.

Another measure which indirectly threatens biodiversity is the Ülemiste multi-modal transport terminal. While promoting sustainable mobility via building a multi-modal terminal is positive from a climate perspective, the terminal is part of the Rail Baltic railway project. According to the current plans, however, building the new railway will likely negatively affect ecosystems in Natura 2000 areas due to the chosen railway route. In the ‘do no significant harm’ analysis, this connection was not taken into account.

Early this June, the European Commission opened an infringement procedure concerning logging activities in Natura 2000 sites in Estonia. The procedure claims that Estonian national law is not aligned with the EU Habitats Directive and Strategic Environmental Assessment Directive, after the Commission identified 217 sets of site-specific protection rules which were adopted without the required environmental assessment.

This infringement procedure validates many concerns voiced by Estonian environmental NGOs in previous years regarding loosened logging regulations, including in protected areas. The infringement procedure further emphasises that Estonian nature protection has serious systemic issues, which have affected even those areas that should be most protected. The recovery fund was an opportunity to remedy them.

Current battles over nature protection and the unwillingness to use the recovery fund to invest in biodiversity illustrate the state’s constant prioritisation of economic gain over functioning ecosystems.

Although Estonia’s recovery plan sets out multiple positive measures, it lacks a holistic vision of a green recovery, scratching the surface with a natureless green recovery, providing vague details of measures, and allowing funding for harmful measures. Good intentions do not automatically lead to good outcomes – while the recovery plan was not created with a malicious intent to fuel ecosystem-destroying industries, it also does not prevent the funds from being used for these purposes.