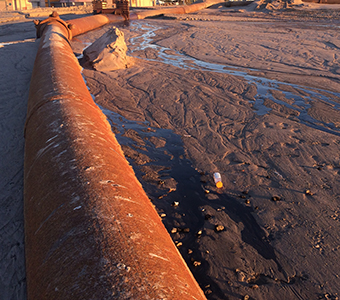 This article was first published on Climate Home.

The recently adopted Paris Agreement has given unprecedented momentum to the long term effort to tackle the climate crisis, and the EU prides itself on being one of its architects.

Yet Europe’s – and humanity’s – fossil fuel obsession looks far from over as the EU is nowadays advancing what can be considered as the European version of the Keystone XL pipeline.

Stretching across 3,500 kilometres from Azerbaijan’s Caspian coast to southern Italy, the Southern Gas Corridor is planned as a chain of mega-pipelines designed to feed Europe’s energy appetite with extra 10 billion cubic meters of gas every year, an amount that could later be doubled.

The European Investment Bank (EIB) is considering a €2 billion loan, the largest in Europe’s history, for the Trans Adriatic Pipeline, the western section of the Southern Gas Corridor. It is also looking into supporting the central section, the Trans Anatolian Pipeline with a loan worth €1 billion. But the justifications for such an enormous undertaking are questionable at best.

Does Europe even need more gas? Data shows quite the opposite. European gas demand has been dropping since about a decade, and gas imports are actually likely to shrink over the next 35 years, as the European Commission itself forecasts.

In fact, as the EU’s Court of Auditors has recently pointed out (pdf), even these forecasts have been inflated due to the Commission’s incapability for generating projections of EU gas demand.

According to the EU’s Energy Roadmap 2050, the longer term goal of a decarbonised Europe would instead be achieved through a shift to renewable energy sources, which would also help reduce the continent’s dependence on energy imports.

Not only does European gas demand keeps falling, the EU already has surplus of gas import infrastructure. The Court of Auditors specifically noted that EU policy commitments, especially those related to climate change, are lacking a comprehensive assessment of the infrastructure needed.

Therefore, a massive project such as the Southern Gas Corridor is only likely to turn into a liability. 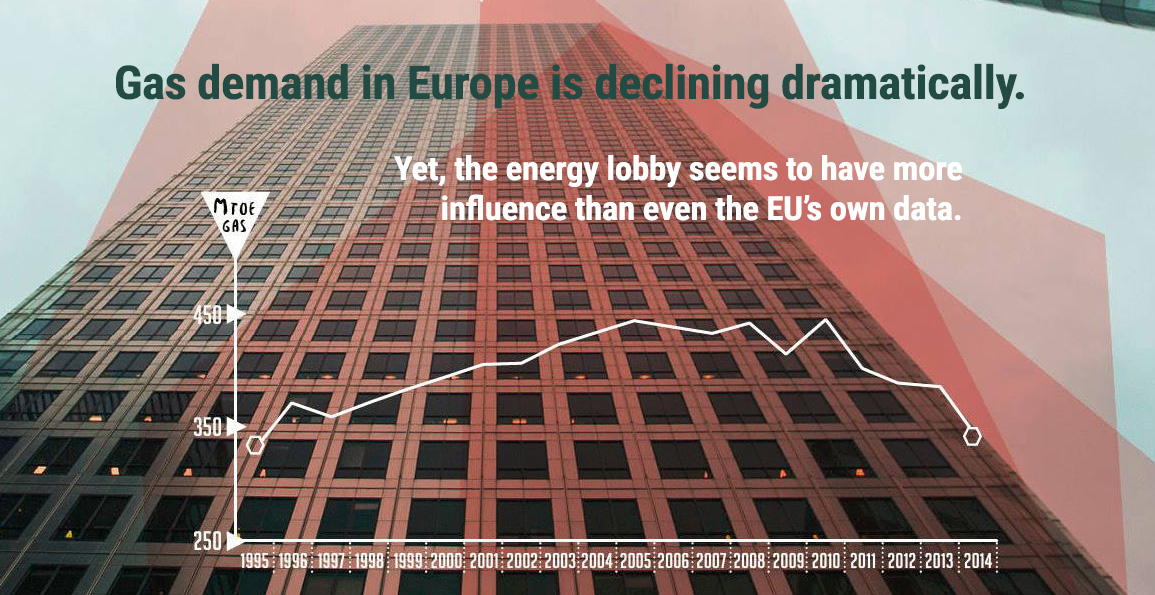 Proponents of the project argue for its necessity as a substitute for Russian gas imports. But it is no other than Russian energy giant Lukoil, as part of a larger consortium, that is controlling the tap of the Shah Deniz gas field, the source of the Southern Gas Corridor, and mostly thanks to a recent €500 million loan from another public lender, the European Bank for Reconstruction and Development. A bank official is also reported to have recently said the bank is considering finance for sections of the Southern Gas Corridor.

The answer for Europe’s energy security woes is not with fossil fuel imports, especially not from authoritarian regimes such as Azerbaijan.

Rather, to truly boost energy security, EU public investments should go to home grown wind and solar power, high energy efficiency potential and an actual decrease in energy consumption along with better integration of EU internal energy market and infrastructure.

Last month, EU leaders discussed Europe’s contribution to the global effort to tackle the climate crisis in light of the Paris Agreement. The international accord requires nations to progressively ratchet up their climate goals.

With the Southern Gas Corridor project already being constructed, the EU – whose climate action and energy commissioner claims to have led the so-called High Ambition Coalition in Paris – risks not even meeting its current goals, and pushing Europe even farther from its decarbonisation objective.

It is difficult to see how such long term hydrocarbons project can be in line with the international community’s commitment to achieve net zero global emissions after 2050, as also agreed in Paris.

In fact, the Southern Gas Corridor would be a triple whammy.

Secondly, perpetuating the dominance of hydrocarbons in Europe’s energy mix could mean blocking the much needed expansion of renewable energy sources such as wind and solar.

Lastly, channelling EU funds, including from international financial institutions, to this project would significantly curtail the EU’s ability to achieve energy sovereignty in a cost-effective and sustainable way.

Ultimately, going ahead with this reckless energy adventure necessarily means rejecting science. As the climate crisis unfolds, more and more studies, including analyses by the International Energy Agency (pdf), demonstrate the need to leave most of the recoverable fossil fuel reserves in the ground if we are to have any chance of averting the worst impacts of climate change.

In order for the Southern Gas Corridor not to become a stranded asset – an immense waste of taxpayer money – the EU would have to scale down its climate and energy targets when it actually needs to increase them.

And with a huge corporate lobby apparently having already managed to bend EU policy in favour of gas, it really is up to the European public to push back.