South and eastern European member countries of the Energy Community may soon have to be much more ambitious about environmental standards in the energy sector. This is because the Energy Community, the body that aims to create a common energy market between the EU and some of its neighbours, may be about to introduce more of the EU environmental acquis into its Treaty. 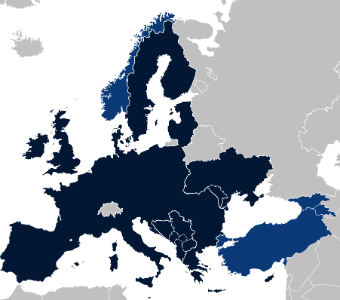 South and eastern European member countries of the Energy Community may soon have to be much more ambitious about environmental standards in the energy sector. This is because the Energy Community, the body that aims to create a common energy market between the EU and some of its neighbours, may be about to introduce more of the EU environmental acquis into its Treaty.

The Energy Community brings together Albania, Bosnia and Herzegovina, Kosovo, Macedonia, Moldova, Montenegro, Serbia and Ukraine – and soon also Georgia – with the stated goal of extending EU internal energy policy to south east Europe and the Black Sea region. The Energy Community Treaty sets out, among others, which energy-related parts of EU legislation have to be adopted by the participating countries.

Six months ago, an expert group was commissioned by the Energy Community to review the institution’s set-up and working methods and to propose directions of reform. In its final report (pdf) presented today in Vienna, the so-called High Level Reflection Group says that much more of the EU environmental legislation should be adopted by Energy Community members, as well as procurement legislation and improvements in monitoring and enforcement.

There is also a proposal to use the EIB’s energy policy to screen investment projects for compliance with the EU’s long-term energy goals, which is a good step forward.

This increased focus on environmental issues at the Energy Community comes also as a result of the institution taking into account the views of NGOs, including those of CEE Bankwatch Network (pdf). The expert group even recommended that NGOs are included as non-voting representatives in the institutions of the Energy Community – this is an excellent opening to civil society we very much commend!

Of course any law is only as strong as its implementation, and this is where problems have hit the Energy Community so far. The expert group has recommended that financial assistance be conditioned on implementation of EU legislation and that the Secretariat’s capacity for monitoring and investigation should be strengthened. It is also proposed that the current dispute settlement mechanism – in which the Ministerial Council has to judge its own members’ performance in certain cases – is gradually changed to an independent court.

The proposals are a very good start for the discussion on the extended Energy Community Treaty. At the same time, a group of NGOs today also presented its own vision (pdf) about the future of the Energy Community. While there is a good deal of overlap, the expert group omitted some of the environmental acquis that we find important in preventing harmful impacts from the energy sector. Among these are norms and regulations concerning:

The plan now is to develop the expert group’s proposals further and approve the changes to the Treaty at the 2015 Ministerial Council meeting. The challenge now is to build consensus on the proposals among the Energy Community member governments who will cast their votes on the future of the energy sector next year. Considering the decades-long impacts of energy investments and the urgency of addressing climate change, biodiversity loss and air quality, it is in all of our interests to raise environmental standards and improve the rule of law in the Energy Community as soon as possible.