By allowing open and inclusive consultations on the future Cohesion Policy, Latvia is not only devising its national position in a more democratic way than other EU Member States. It is also setting an example for actually getting people interested in it. 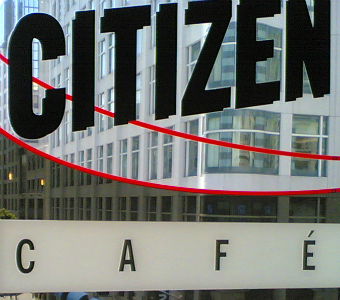 After the European Commission had published its draft regulations for the future Cohesion Policy (2014-2020) it passed the ball to European Member States to prepare their national positions on the draft regulations and decide which priorities they want to focus on during the next EU funds period.

For people like me who are monitoring public spending and working to bring their countries on a more sustainable path, this is a great chance to influence, at an early stage, how a big chunk of money will be spent in my country.

Well, it could be, at least, if authorities in charge can be bothered to actively invite civil society organizations, academics and other “unusual suspects” to these discussions at an early stage. That is the case in Latvia. And by not only relying on inputs from state institutions, the government is having a better idea of what people actually want to get from EU funds.

Apparently, Latvia is a shining example among new member states though. Other governments are much more uptight about public involvement and some of my colleagues in other countries struggle to get valuable and timely information.

So by way of describing how the public consultation on the future Cohesion Policy went in Latvia, here are five golden rules that might help other countries to do the same:

The Latvian Ministry of Finance organised a public hearing on November 9, which was open to anyone interested. Representatives from the Ministry and the European Commission’s Directorate General for Regional Policy were available for discussions during three workshops on Strategy and Planning, Implementation and Control, and Ex-ante Assessments and Monitoring.

Information about the meeting had been circulated widely beforehand. At the end about 150 participants represented public officials, private companies, consultants, academics, social partners and NGOs.

The meeting was well moderated and everybody could express their opinion. Despite the cliché that Latvians are rather calm and withdrawn, each point was debated vigorously. To my surprise, the future Cohesion Policy generated that much interest!

The Ministry of Finance published a summary of the meeting, highlighting the most interesting discussions and viewpoints (in Latvian). (The presentations held during the meeting are still missing though.)

You wouldn’t have expected that, now, would you?

To further inspire debate about cohesion policy priorities in Latvia, the Ministry of Finance asked a think-tank to come up with criteria on how to define priorities and to organise further public debates on the priorities.

I was invited to present possible criteria for selecting EU funding priorities and aspects of sustainable development during the first of these workshops. And more debates are to take place in different Latvian regions between November 16 and 25.

Latvia is one of very few countries where the European Commission’s proposals have been discussed so widely and openly. If all goes well, by Christmas time Latvia will have decided on thematic priorities that it wants EU funds to focus on in the future. And the decision will have been made with the involvement of more than just a few desk officers.

If you want to have even more insights about building a sustainable economy with the help of EU funds, come to our event Green investments to the rescue.

And teach your European colleagues when you meet them this or next month.