Georgian Urban Energy (GUE), the company in charge of constructing the Paravani hydropower plant (HPP), has been keeping secret a study on the potential flooding risks associated with the facility, despite requests and promises from the EBRD that such an analysis would be made public. 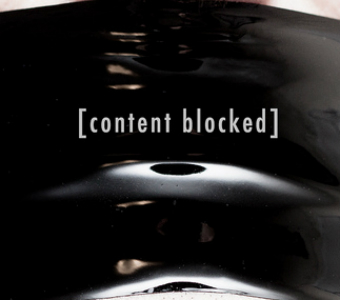 The Paravani HPP in southern Georgia is about to be completed by constructor Georgian Urban Energy, a subsidiary of the Turkish energy group Anadolu Endüstri Holding A.S. The EBRD has been backing about a quarter of the costs of the USD 160 million project and has an equity share in the construction company. Nevertheless, it does not seem that the constructor is bothered by requirements of and agreements with the EBRD.

A main concern with this project from the start has been the risk of flooding of the nearby village of Khertvisi. The project involves the diversion of 90% of the water from the Paravani river to a powerhouse on the Mktvari River, with the water released some 700m upstream of the village of Khertvisi. Since the village is located on a low level in relation to Mktvari River, villagers fear the worst.

A secret study and consultations that didn’t happen

Following an official complaint by Green Alternative in January 2012 about a range of problems with the project, the EBRD’s internal project complaint mechanism (PCM) confirmed that the bank had violated its Environmental and Social Policy, however not in relation to the potential flooding of the Khertvisi village.

In its final report (pdf) from January this year, the PCM concluded that:

„Monitoring is now complete, disclosure of information has taken place and mitigation discussions have commenced with the affected communities.” (page 29)

However, the latest time indication that can be found in the relevant section of the report refers to 2012:

„The monitoring work […] has continued throughout 2012 and will be presented in its finality to the residents once available.” (page 28)

To date, this has not happened. Being in close contact with the villagers, I know for a fact that they have not been invited to consultations on the flooding risks for the village.

Also a study on flood impacts which the company said it made and which presumably confirms that no protection measures are necessary, remains confidential. In an article in the local newspaper „Samkhretis Karibche” [ge] GUE director Nodar Kurtanidze said (own translation):

(To explain Kurtanidze’s formulation: even though he is GUE’s director, his authority is very limited since he has to confirm every decisions with GUE’s Turkish parent company Anadolu Endüstri.)

In an astonishing twist of events, GUE did implement flood protection measures in spite of its own study. In the same article as above, the GUE director said that these actions were taken in response to requests by locals. However, the company’s sudden benevolence is highly dubious, considering that the protection measures were implemented not along the village but on the Mtkvari/Paravani confluence downstream of the village. They will be of no use for the village in case of flooding, as Vaja Chikaidze, the head of the Khertvisi village, explained in the same article (own translation):

„It would be better if these works happened upstream of the village, where the village is on a low level in relation to the river and where the cemetery and houses are located.”

Despite the EBRD’s satisfaction with its own solution, back in Georgia GUE is far from implementing its agreement with the bank. It is not planning to organise any public consultation nor disclose the study it has presumably made on the flooding risk.

Following a meeting with GUE during a visit to Georgia in September, the EBRD’s environmental advisors have neither confirmed nor denied the situation in their communication with Bankwatch and Green Alternative.

Therefore the question remains when, where and how the ‘effective public consultations’ have happened that are mentioned in the report of the EBRD’s project compliance mechanism.

Who knows, maybe the EBRD believes they have been held in secret as well?