The 18th meeting of the Green Climate Fund in the beginning of October confirmed again that big institutions are getting the biggest share of finances. This time it was the European Bank for Reconstruction and Development who left its mark. 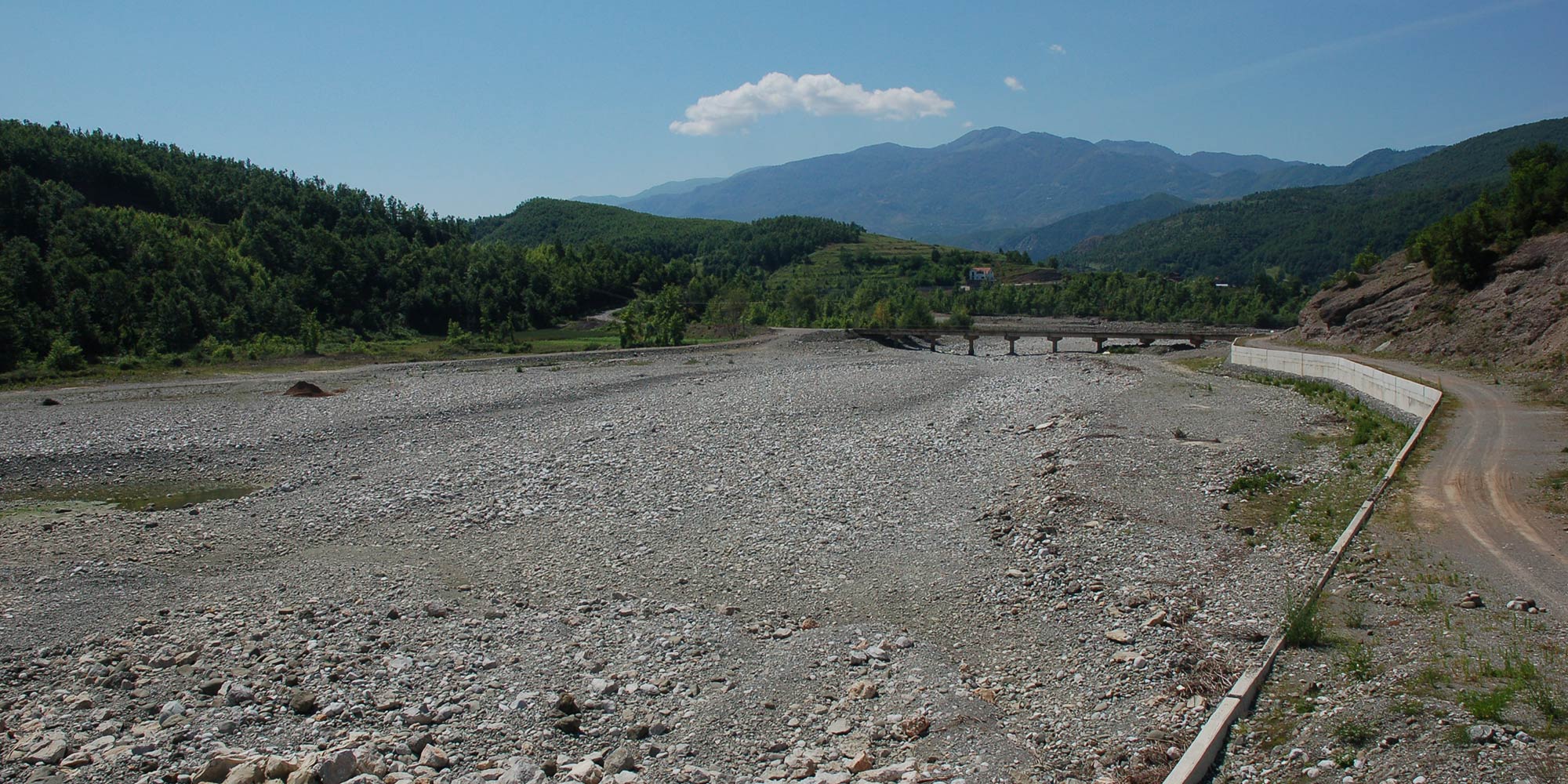 Hydropower projects that lack due diligence can have devastating results. Here, the Rapuni dam in Albania leaves no water for the river downstream.

As discussed earlier on this blog, the Green Climate Fund is struggling with its goal to support intermediate and small institution. Small entities have difficulties in fulfilling GCF requirements and are often not even able to develop a proposal for their project.

International financial institutions (IFIs) on the other hand, seem to benefit from this ‘market entry barrier’ as they are getting the biggest share of what the fund offers. They certainly then redistribute the grant for smaller subprojects but the transparency and participation of final beneficiaries is all the more difficult this way.

In summer 2017, both the European Investment Bank (EIB) and the European Bank for Reconstruction and Development (EBRD) signed an Accreditation Master Agreement with GCF to be able to receive and redistribute funds. During the last GCF board meeting, the EBRD proposed the biggest of the 11 approved projects to the table.

With GCF funding worth USD 106 million, the EBRD aims to develop the renewable energy sector in the fossil fuel dependent Kazakhstan by investing a total of USD 550 million in 8-11 intermediate and small subprojects in the renewables sector for the next five years. Subprojects can include construction, grid connection, commissioning and launch of renewables such as solar, wind, small hydropower and biogas.

The grit behind the glitter

A cautionary tale comes from the Western Balkans where the EBRD has been involved in hydropower financing via intermediate financial institutions. Between 2013 and 2015, the bank has provided at least EUR 14 million for the construction of at least 8 small and mini hydropower plants through intermediaries in Bosnia and Herzegovina, Croatia and Macedonia. However, in most cases the public has no idea which projects these are. The projects’ Environmental and Social Impacts Assessments (ESIAs) are generally not visible on the websites of commercial banks. [1]

Bankwatch research from this year shows that these banks show a lack in transparency even when they operate with public money provided by the EBRD. Only thirteen of the 38 banks that were contacted by Bankwatch replied, three banks explicitly argued that the information we requested is confidential – also in case of so-called Category A projects, the most risky type of project.)

Private banks might be used to keep information confidential to protect their clients. But EBRD loans are public money and banking secrecy rules have to be modified in order to acknowledge the fact that the public has a right to monitor these financial flows.

Sustainability doesn’t come with a name

The Green Climate Fund does make some effort in supporting “small receivers” and their projects. Five more direct access entities (DAE) were accredited recently, allowing them to send proposals to be considered by the GCF board. At its recent meeting, the board discussed the possibility to prioritise the accreditation of entities with direct access and it agreed to enhance the support for DAEs in developing concept notes and funding proposals. Direct access entities should also benefit from a simplified approval process which enables using simple templates and demands less administration for proposals of up to USD 10 million with minimal or no risk.

Yet, considering the support for intermediary institutions, the GCF is far away from becoming a fund for direct access entities as was the original idea.

Instead of passing money through financial intermediaries, at each level reducing transparency and the ability to assess how the money is being spent, the Green Climate Fund should keep the responsibility in its own ranks and know and assess the specific subprojects before approving support. This is necessary until those banks that disburse the money start applying adequate transparency and public participation standards in financing hydropower projects. It is especially necessary in projects located in critical habitats and protected areas.

Already before the last board meeting in October, the EBRD received 27 percent of all GCF finances. With the last large project the share will be even higher. Add to that other international financial institutions and what is left for direct beneficiaries is becoming less and less.

1. There has been a recent improvement regarding the transparency of the investments that are funnelled via the Western Balkans Sustainable Energy Financing Facility (WEBSEEF). The website now features a more detailed map of hydropower projects. However, WEBSEEF does not cover Albania where information about intermediated loans is still more limited.