No-one will ‘freeze to death’ if the planned lignite-fired power plant in Kosovo does not receive support from multilateral development banks, but if it does, low-income households may well end up choosing between electricity and food. How can an institution, whose very mission is to end poverty, justify this project? 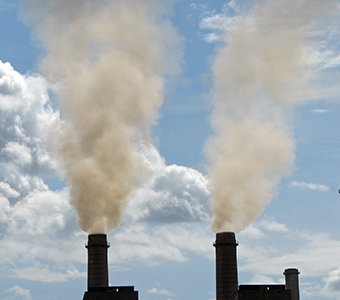 The lignite-fired Kosova e Re or New Kosovo power plant project has been under development for more than a decade, yet there is still an astonishing lack of official information about it. The little information that has emerged has changed casually from year to year, even while the tender procedure has been going on. First the mines and rehabilitation of the existing Kosova B plant were included in the tender, then they weren’t. A decade ago the plant was planned to be 2000 MW, then it was tendered at 600 MW, then in November, the Kosovar Minister of Economy suddenly stated that it would be 500 MW.

During this seemingly endless saga, neither Kosovar politicians nor the World Bank, which is leading on the project development, has answered the all-important question of how much this plant would cost the public.

Such shocking figures shine a new light on embarrassing statements made by World Bank President Jim Yong Kim in 2013 about Kosovars “freezing to death” if the World Bank does not finance the new coal plant.

No-one will freeze to death if the bank does not provide a loan guarantee for the plant, but IEEFA’s report shows that if the World Bank and other multilaterals like the EBRD do support the project, low-income households may well end up choosing between electricity and food. Kosovo has already seen protests about high electricity bills, even though the per-unit rate is relatively low. Low levels of energy efficiency mean that consumption is relatively high, leading to high bills.

The report also sees construction of the New Kosovo Power Plant far exceeding the government’s projected cost of EUR 1 billion. It puts those costs at closer to EUR 4.2 billion by the time the plant goes online as planned in 2021 due to financing costs, and finds it financially unviable without massive subsidies.

Plans for the Kosovo C plant already looked worrying enough: 7000 people to be resettled to make way for mine expansion, crowding out investments in energy efficiency and sustainable renewable energy, climate impacts, health impacts from the new plant and expanded mine, irregularities in the tender procedure, lack of transparency about benefits for the private investor and potential clashes with Energy Community rules on state aid are just some of the problems we’ve identified with the project. IEEFA’s analysis now adds a whole plethora of new and largely unsolvable problems.

How can public banks like the World Bank, whose very mission is to end poverty, possibly justify continuing with this project?