The Lubin municipality in south-western Poland, under threat by Polish government plans to build a new open-pit lignite mine, is taking its case to the Polish Constitutional Court. 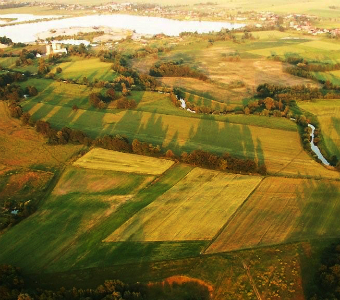 The Lubin municipality in south-western Poland, under threat by Polish government plans to build a new open-pit lignite mine, is taking its case to the Polish Constitutional Court.

The Lubin community, supported by legal NGO Environmental Law Service, claims that the Concept for the National Spatial Planning, approved by the government in 2011 and which prohibits any new investments on the area of the deposit in order to “protect” the resources, is unconstitutional as it infringes property rights.

According to the ELS legal analysis (pdf) the Concept collides with five articles of the Polish Constitution, three acts of parliament and two acts of international law.

In May this year representatives of the Committee came on a fact finding mission to the Dolnoslaskie voivodship in Poland where the lignite deposits are.

On Sept. 17, during a public session in Brussels, the EP Committee presented publicly a draft report on the issue following the mission, focusing particularly on issues related to environmental protection and public consultations. According to Polish media, the Euro-parliamentarians were particularly critical towards Polish government for ignoring the results of a local that took place in 2009 and during which a majority of citizens opposed plans for the open-pit mine.

„The Concept of the National Spatial Planning pursues the protection of the lignite deposit in absolute terms, with no restrictions as regards to timing or subject matter,” comments Tomasz Wlodarski, director of Ecological Law Service in Poland. „It therefore fundamentally breaches the right of ownership because areas under such type of protection cannot be used for any new investments nor sold.

Wlodarski: „This law actually constitutes a form of expropriation of the citizens. Under no circumstances should it be assumed that it is in the public interest to exploit all lignite resources in this country.”

Irena Rogowska, governor of Lubin and president of the coalition „Development YES, Open-pit mines NO” (the coalition brings together local communities, local government representatives and environmental NGOs from five Polish regions threatened by Poland’s new lignite open-pit mine development plans): „It is absurd that a future investor can decide over the fate of property in our region, and not our community, our citizens. From communist times already we’ve seen that the protection of this deposit means the end of local development and the slow destruction of our livelihoods.”