Home > Blog entry > In contrast to the EU, Western Balkans’ coal investments still heavily outweigh wind – but for how long? 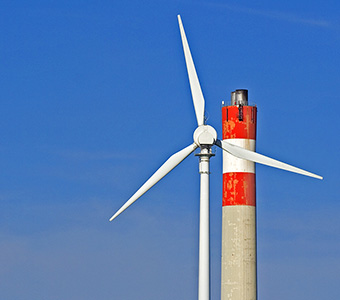 Yet these developments are nowhere near matched in the aspiring EU members in the Western Balkans, several of which still have zero percent of electricity generated by wind. In 2012, countries in the region committed to increase their share of renewable energy by 2020 to between 25 and 40 percent of energy under the Energy Community Treaty, yet most of them are quite far from reaching their targets.

After years of painful permitting processes, legislative changes and project preparations, there is some progress to report in wind investments in the region, but the investments being planned are heavily outweighed by the countries’ investments in coal plants.

The only significant plants operating so far in the region, not counting Croatia, are the 9.9 MW Kula plant in Serbia and the 36.1 MW Bogdanci 1 plant in Macedonia. There is a relatively high level of investor interest in new plants, and willingness from public financing institutions such as the EBRD and KfW to provide loans, but even for those projects which have managed to obtain the relevant permits, conservatively set quotas on grid connections mean that they may have to wait for several years to become reality.

Taking this into account, we’ve estimated that up to 1166 MW of wind power projects could potentially come online by around 2020. This would be a good start, except that the region’s governments are actively planning 2800 MW of new coal plants. This would mean the continued marginalisation of wind, not to mention rooftop solar photovoltaics, which are even more of a rarity in the region in spite of its massive potential.

The new planned coal plants would cost a minimum of EUR 4.5 billion – and this doesn’t include mine expansion, resettlement, new ash landfills or other associated facilities, not to mention health costs. The projects are heavily promoted by governments and public utilities – meaning that if it all goes wrong, the public will pay. In contrast, the wind plants would cost around EUR 1.89 billion, and are mainly planned by private sector investors – partly a reflection of the lack of interest by the region’s state-owned companies.

However, despite governments’ overt preference for coal, it would be wrong to assume that the plans are a fait accompli. All seven of the region’s actively planned coal plants are on shaky ground, from legal to economic aspects.

The delays have so far been portrayed by government spokespeople as the usual kind of hiccups that occur in large and complex projects, but they should be taken as much more than that. They open up an opportunity to stop and re-think the Western Balkans’ energy systems. Energy efficiency improvements, solar and wind projects can all be delivered more quickly than new coal power plants. They are also likely to turn out better value for money, as the costs of wind and solar are falling fast.

The analysis and background data are available here.