A third of the European Investment Bank (EIB) portfolio in 2020 went through financial intermediaries, a channel that has already enabled multiple projects with devastating consequences for nature and communities with virtually zero accountability. The ongoing review of the EIB’s environmental and social standards is a crucial opportunity to ensure transparency and proper scrutiny of all projects supported with European public money. 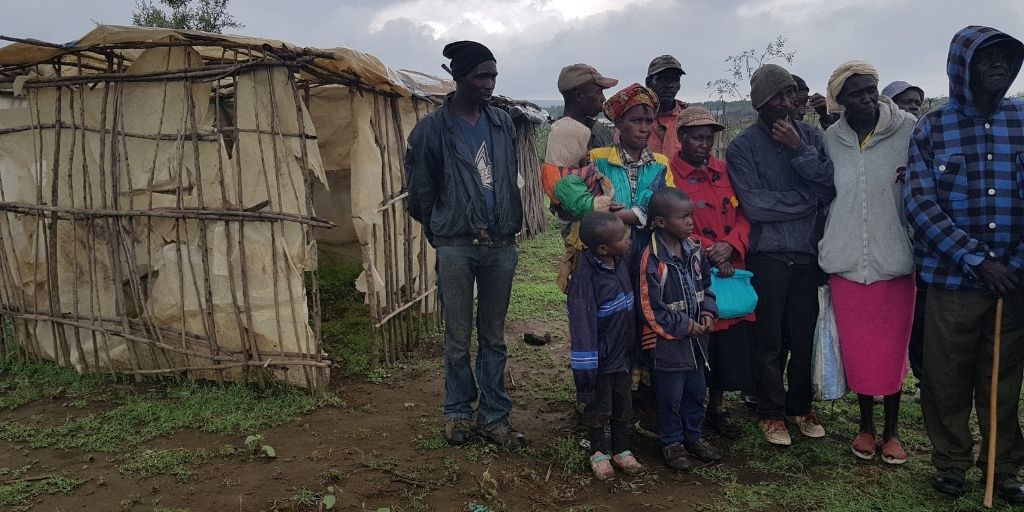 For several years, Bankwatch and other civil society groups have been raising the alarm about the risk of grave human rights violations around the Akiira geothermal energy project in Kenya. In June 2019 we warned that the local community is facing an imminent forced eviction to make room for the energy project. At the time, the European Investment Bank (EIB) was considering a EUR 155 million loan to the controversial project. Four months later, the Bank informed us it had decided to pull out.

This should have been a sigh of relief. Instead, a few weeks later the village – home to 47 families living in abject conditions – was burned down in its entirety, and the local residents were chased away by the police. The humanitarian crisis that ensued necessitated a Red Cross intervention to aid the inhabitants, especially children, who had been left without food or shelter.

Even more astonishing, our investigation revealed that while the EIB has stopped considering a loan to the Akiira project, it has in fact already been financing it through a different channel.

It turned out the 70MW geothermal energy project has been a beneficiary of European public money through the Global Energy Efficiency and Renewable Energy Fund of Funds (GEEREF), a joint initiative of the EIB and the European Commission in which the Bank plays both an advisory and investor roles[1].

In GEEREF’s Impact Report for 2015, Akiira is mentioned as an example of good stakeholder engagement. Yet, in August 2021, the EIB’s Complain Mechanism confirmed that the violent eviction of the villagers constitutes a breach of the Bank’s standards. In its response to members of the impacted community, the Mechanism also admitted that the EIB’s monitoring of the GEEREF’s social performance was insufficient.

These conclusions are shocking, showing that despite the EIB’s promises to make every effort to ensure that the EIB’s Environmental and Social Standards are respected throughout all of its projects it ignored the raised problem and did nothing to inform and advise GEEREF how to prevent eviction and address project’s non-compliance.

One third of the EIB portfolio unknown to the public

Nevertheless, the Akiira geothermal energy project is emblematic of a systemic issue with financing by the world’s largest multilateral lender. A third of the EIB’s 2020 investments – a total of EUR 22.6 billion – were made through financial intermediaries. These are typically commercial banks, national promotional banks and public financial mechanisms such as GEEREF.

Projects enabled through these intermediaries usually escape public scrutiny, and it is extremely difficult to trace the EIB’s involvement. These project also lack proper environmental and social due diligence as it is entirely delegated to the financial intermediaries, including for high risk projects.

In the case of Akiira, the EIB’s Complaint Mechanism stated the Bank was supposed to “allocate sufficient resources to perform the same standard of due dilligence as it usually applies to its own operations.”

Such due diligence would have spotted the risk of human rights abuse this project entailed for the local community. Yet, the absence of screening for potential environmental and social ramifications of projects enabled through financial intermediaries has been evident in a number of cases Bankwatch has been monitoring.

In Croatia, the construction of the Ilovac hydropower plant in a protected Natura 2000 area has led to the loss of aquatic species in the Kupa river. Only after it was built, thanks to civil society groups fighting to expose the project’s financiers, did the EIB’s contribution via the Croatian Bank for Reconstruction and Development (HBOR) come to light.

The Blagoevgradska Bistrica hydropower cascade in Bulgaria, which was constructed without an environmental impact assessment inside multiple protected areas, has dramatically altered the river’s hydrology. Nevertheless, as civil society later managed to reveal, the project promoter received EIB money through a loan to the commercial bank Allianz Bank Bulgaria PLC after the hydropower project was already built.

In October 2019, at the same time the EIB confirmed it is ditching the Akiira geothermal energy project in Kenya, the Bank also informed it is withdrawing from the Vinca waste incinerator project in Serbia. And just like in Kenya, right after activists who had been campaigning against the controversial Belgrade project welcomed the EIB’s decision it turned out that the EIB-financed Marguerite II Fund remained a shareholder in the company contracted to build the waste incinerator.

Later the Bank also acknowledged that “the Marguerite II Fund is required to ensure that investments comply with the EIB  requirements, including on environmental and social matters,  through the legal documentation, which i.a. includes the obligation to  comply with national laws and with EU legislation, as applicable.”

High time for EIB to open up about intermediate lending

The EIB’s board of directors is set to adopt a new version of the Bank’s environmental and social standards within weeks. Yet, the draft policy offers little to ensure EIB investments do not harm the environment or local communities.

This document does introduce a new, dedicated standard for intermediated finance supposedly intended to help improve the evaluation of the social and environmental implications as well as the development impact of such investments. But, alarmingly, the text makes little to no attempt to address the fundamental concerns raised in cases like the Akiira project.

In comments on this new standard jointly submitted by Bankwatch and 15 other NGOs in August 2021, we called on the EIB to disclose the relevant details of higher risk projects supported through financial intermediaries, improve the appraisal and monitoring of high risk clients and projects, and ensure that communities affected by such projects have access to remedy.

Revising the EIB’s environmental and social standards is an opportunity for the Bank to learn from the experience of the Akiira geothermal energy project and other reckless projects. Enough damage has already been done by projects realised through financial intermediaries with no transparency or due diligence. The EU’s house bank has the responsibility to ensure that European public money, whether invested directly or indirectly, does not end up wrecking the natural world and enabling human rights violations.

NGO recommendations from a joint paper sent to the EIB:

[1] The financing structure of this deal is rather intricate: GEEREF invested in a fund (DI Frontier Market Energy and Carbon Fund) that partly finances the project. GEEREF is advised by both branches of the EIB Group: the European Investment Fund (EIF, the private sector branch of the EIB Group) and the EIB itself. Furthermore, the EIB is an investor in GEEREF and the EIF represents the European Union’s shareholding in GEEREF as Trustee on behalf of the European Commission.