Those were the words of Serbian Energy Minister Zorana Mihajlović, speaking last week in a press conference during which she announced that a thorough investigation is ongoing into corrupt practices by the management of the Kolubara mining complex. 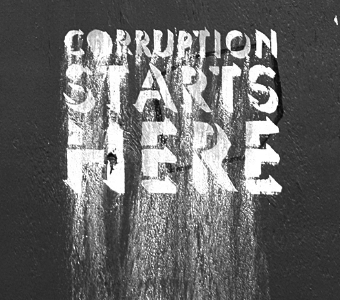 The investigations, carried out by a department within the ministry for energy, concern the expropriation of inhabitants. The minister claimed that financial abuses committed by the managers responsible for the Kolubara complex caused damages of millions of euros. All sorts of dirty dealings (Serbian) were conducted over the years, from paying high salaries to non-existent employees, to buying over-priced equipment, and using resettlement compensation to pass bloated amounts of money to people close to the management.

On this latter point, Mihajlović said that the board managing EPS (the Serbian state electricity company, which manages the exploitation of the Kolubara basin) paid 1.2 million euros in compensation to one of its own members, Radoslav Savatijević, whose house was apparently one of those properties in Vreoci municipality that needed to be relocated to make space for the expansion of mining operations.

The Kolubara lignite mine in Serbia 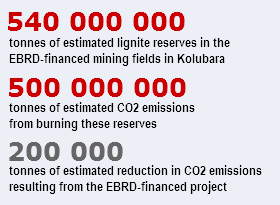 Read more on our project page

It turns out, however, that Savatijević’s property – which was not even in his name, by the way, and that is a condition for getting a resettlement compensation – was hugely overvalued in order to qualify for such a big payback. His house in Vreoci was estimated to have the same value as dwellings of a thousand square meters in the capital Belgrade. Furthermore, the EPS board member cashed this money while numerous other families, whose homes had been prioritised as first on resettlement lists, were still waiting to be offered fair alternatives and compensation.

A huge corruption scandal at Kolubara is hardly news any more (Serbian). What’s new now is that a minister is speaking out so firmly against it and also that corruption practices have been seen to affect the resettlement of communities on the mining perimeter – in a context in which locals have been for years complaining of abuse and mistreatment by the EPS management.

In spite of all this, the EBRD appears to remain unphased in its support for EPS. The Serbian electricity company is a long-term business partner of the bank. Last summer, the EBRD approved a 80 million euros loan to EPS for „environmental improvements” at the Kolubara mining basin, which is in fact money that will contribute to the expansion of extractive operations there – and, in turn, to the burning of more lignite. This was already the fourth EBRD loan to EPS since 2001, with a fifth approved subsequently and a sixth in the pipeline at the moment.

Last year, confronted with investigations for corruption opened against tens of former EPS managers, the EBRD declared itself satisfied that the company is doing the best it can to clean up its act. In the same vein, the EBRD seem to be persuaded that the EPS is trying to handle the resettlements as best as possible, but the strong position taken by the Serbian Minister of Energy last week shows that Kolubara corruption problems are far from sorted out and the real victims of EBRD support for coal have been ignored.

The EBRD sometimes argues that it prefers to stay involved with actors in Central and Eastern Europe, despite corruption allegations looming upon them, to exercise pressure for them to clean up their act. But in all these years of EBRD loans to EPS, it can hardly be said that the company has been improving its practices. Abuses regarding resettlement continue, and how can we be sure that some of the financial abuses uncovered have not already wasted European public money paid by the EBRD? The EBRD must withdraw from Kolubara now.

Read more on the Kolubara mine