Although not an institution that typically receives much fanfare, the export credit agency (ECA) in the Czech Republic has a poor track record worthy of more scrutiny. Its latest failure relates to a contract for the construction of a power plant in Tu 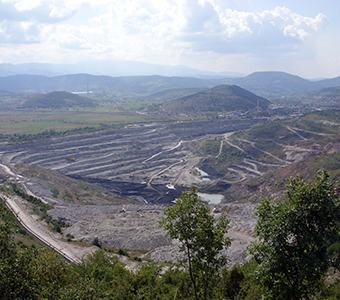 Although not an institution that typically receives much fanfare, the export credit agency (ECA) in the Czech Republic has a poor track record worthy of more scrutiny.

Its latest failure relates to a contract for the construction of a power plant in Turkey. The operator of the power plant, Adularya, alleges that the components and machines provided by a Czech exporter, the Vítkovice Machinery Group, are not suitable for the low quality coal that is used at its Yunus Emre power plant. Neither side wants to take responsibility for the dispute, so the future of the plant is now unclear. Since the beginning of 2017, the Czech government has sought a solution with its Turkish counterpart since the latter took over Adularya after the political purge in 2016. There is however currently no agreement among Czech politicians about how to resolve the situation, which is concerning in light of the ECA’s missteps in recent years.

The Czech ECA is made up of two institutions: the Czech Export Bank (CEB), which lends to Czech exporters or their customers, and the Export Guarantee and Insurance Corporation (EGAP), which insures these loans. Together they provide support to Czech companies that want to do business in areas with risky conditions.

As a response to the financial crisis and thus a desire to boost exports, the CEB and EGAP became more lenient in evaluating the financial and political risks of the projects and so a number of loans were made to projects that otherwise would not normally have received them. Without the proper safeguards in place, a number of problematic projects emerged. For example, a police investigation led to accusations that two EGAP managers falsified information about the construction of a cement factory in Vietnam. The project lost EUR 30 million when the construction failed.

CEB and EGAP have also supported the construction of a number of new coal power plants since then, several of which have failed, resulting in more losses for the state. The first such failure involved the Kolubara power plant in Serbia, which received a loan in 1999 following damage it sustained during the war in the former Yugoslovaia. Part of the loan was never repaid. EGAP also paid for power plants at Balloki and Muridke in Pakistan because the Czech supplier was not able to finish the construction.

Three other dubious projects backed by the ECA are located in Russia. A power plant in Kurganskaja had difficulties with paying back CEB, because of losses it incurred as a result of a devalued Ruble. The Krasavino power plant, which is already running, split into two divisions, neither of which is willing to pay for the loan from CEB. There is also an unfinished project at Poljarnaja.

CEB stopped project financing because its Russian counterpart did adhere to its contract. The gas-fired power plant is not going to be finished and therefore, CEB will lose a significant amount of money on the deal. Financial losses like these had to be paid by the state, by public money. It is estimated that this will cost the Czech state CZK 20 billion (over EUR 740 million).

In spite of these failures, CEB and EGAP were determined to build a second lignite power station in Pljevlja, Montenegro. From the beginning, the project was questioned by several NGOs, Bankwatch included. Škoda Praha – owned by the Czech state – was chosen for the project under dubious circumstances, for which the Montenegrin government had to adopt a special law. Experts and local NGOs doubt future energy demand scenarios and the real price of the power plant, which will be in fact much higher in the future. The operation of Pljevlja II can be feasible only with very creative accounting, and more likely this project will bring financial burden to the Montenegrin government.

These shortcomings are only exacerbated by the climate and health problems posed by the project. The present power plant, Pljevlja I, already causes significant air pollution in the Pljevlja valley. If both power plants were to operate, pollution would reach critical levels, greatly impacting the health of local residents and their environment.

CEB did eventually dodge a bullet with Pljevlja, announcing in October 2016 that the project was risky and thus refusing to participate.

Nevertheless, the unsuccessful projects financed by CEB and EGAP raise alarms about its decision-making and interest in fossil fuels, which does not correspond with the Paris Agreement. There is a need for more transparency within the Czech ECAs. Both CEB and EGAP operate with public finances, so the public has the right to actively participate in the environmental decision-making related to its operations.

As such, ECAs should actively disclose information about projects that they discuss at an early stage. In this way, NGOs can evaluate the potential environmental impacts and the public can express its views. This will go a long way to help avoiding the conflicts and criticisms that have arisen so far across the portfolios of CEB and EGAP.