Distancing itself from the EU’s climate commitments enshrined in the Paris Agreement, the European Investment Bank has effectively taken a U-turn in its energy lending last week when it approved a record loan for the Trans Adriatic Pipeline. 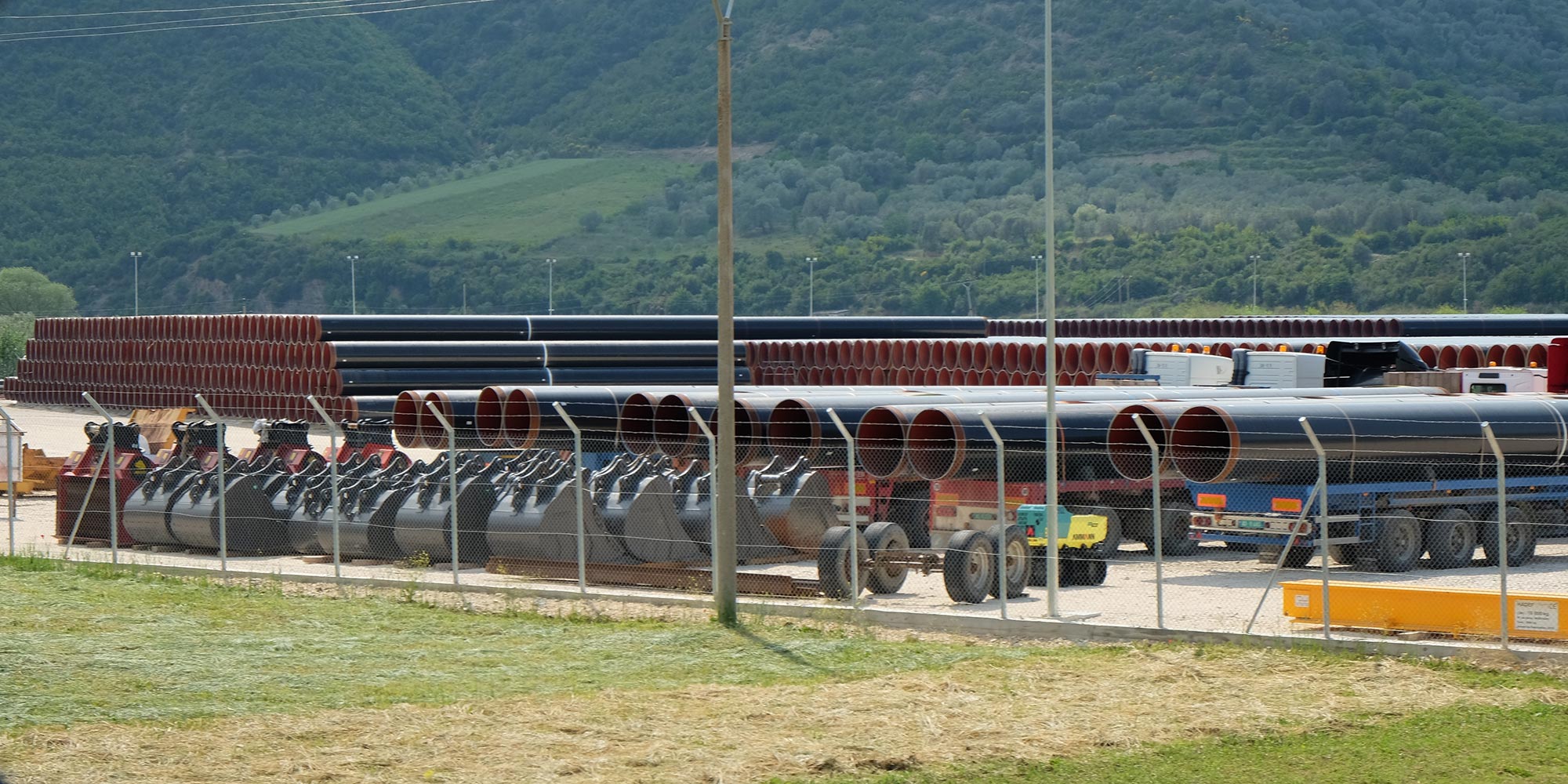 A storage facility for the Trans-Adriatic Pipeline constructions in Albania. A loan for the project would end the EIB's positive trend in declining gas support.

By revising its energy lending criteria in 2012, the European Investment Bank (EIB) has limited its support for fossil fuels projects in the energy sector and effectively eliminated the most polluting power plants from its portfolio, most notably those burning coal.

The move has been welcomed but is still far behind what is needed to limit global temperature rise to no more than 1.5°C. To reach this goal, no more fossil fuel infrastructure should be built at all, according to a 2016 Oil Change International study.

However, fossil fuels and especially gas still play a big role in the energy portfolio of the EU’s house bank. As a recent Bankwatch briefing on the EIB’s gas lending between 2013-2016 shows, gas projects received nearly EUR 10 billion in total during this period. In 2017 the EIB continued supporting gas transmission and distribution networks with over EUR 1.5 billion.

And this may not be the full picture of the bank’s investments in gas infrastructure, since additional funds may be channeled through intermediary banks and investment funds. For example, almost 2000 kilometers of gas and oil pipelines were constructed or renewed in 2016 with the support of a guarantee from the European Fund for Strategic Investments through intermediated loans for small and medium enterprises and mid-caps.

Since the EIB’s annual lending to fossil fuels peaked at EUR 5 billion in 2010, a year after the Copenhagen summit debacle, it has halved to an annual average of over EUR 2 billion between 2013 and 2017. The year after the Paris Agreement saw the most dramatic decline in EIB support to gas when the gas-related loan volume decreased by more than half.

But last week, as it approved its largest ever energy loan for the Trans Adriatic Pipeline (TAP), the EIB has effectively reversed what would have otherwise been an encouraging trend. At EUR 1.5 billion, this loan alone is nearly as large as the EIB’s entire support for gas projects in 2017.

Passing through Greece, Albania and the Adriatic Sea before reaching shore in Southern Italy, TAP is the western section of the gargantuan Southern Gas Corridor project, a 3500 kilometre chain of pipelines from Azerbaijan to Europe. The project is designed to annually pump 10 billion cubic meters of gas to Europe starting 2020 and has been heavily promoted by the European Commission in spite of studies confirming that no additional gas is needed to satisfy Europe’s gas demand.

Moreover, a study released two weeks ago finds that due to fugitive methane emissions, the Southern Gas Corridor project is likely to have a climate footprint that is even worse than power generated from coal that is widely considered the dirtiest fossil fuel.

Just when the urgency to tackle the climate crisis becomes ever clearer, investments in gas infrastructure perpetuate rather than eliminate fossil fuels dependency, and crowd out renewables and energy efficiency projects. By green-lighting this massive loan for TAP, the European Investment Bank has stepped on the gas on Europe’s way to irreversible climate damage.