In an interview, a teacher from Chuberi in the Svaneti mountains gave us an impression of how the project developers of the planned Nenskra dam engage with locals. 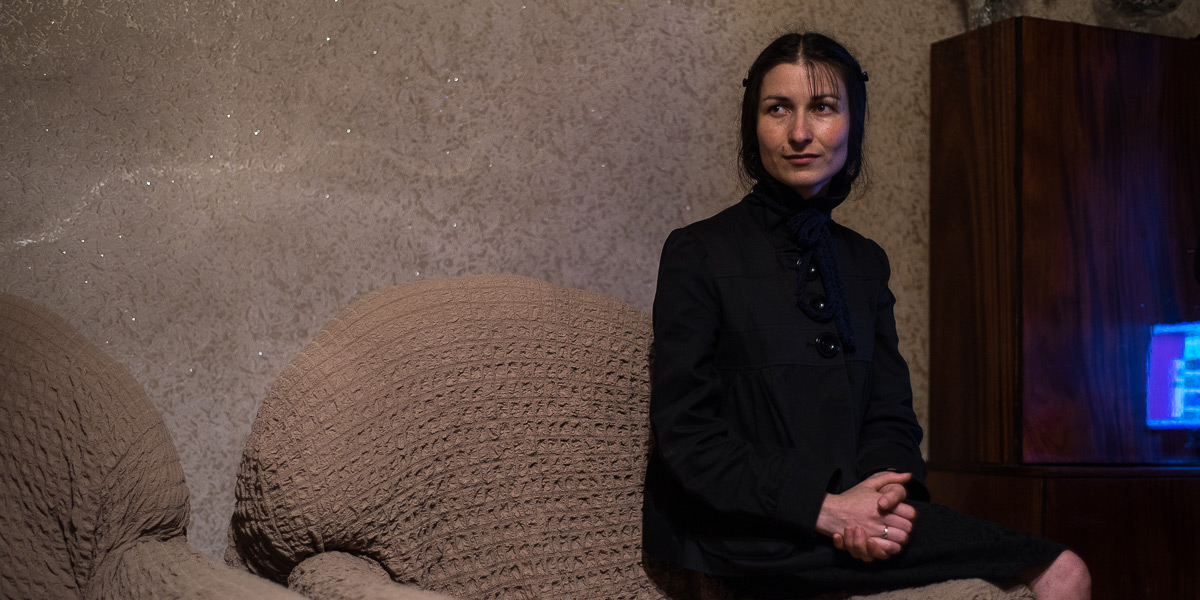 Evidence gathered by Bankwatch during a field trip to the Upper Svaneti region of Georgia to investigate the implementation of the Nenskra hydro power project (HPP) suggests that affected people living in the Nenskra and Nakra valleys are not being fully taken care of by the project developers. Findings from the trip are laid out in a report published by Bankwatch last month.

Meetings have recently taken place in the villages impacted by Nenskra HPP, where locals had the the opportunity to approach the developers directly for information. Bankwatch spoke with one of the participants, Lile Chkhetiani, an arts teacher from the local school and a vocal opponent of the project. “We asked repeatedly, but they failed to give full answers,“ is her main impression from the meeting.

Over two consecutive days representatives from Korea Water Resources Corporation and Salini Impregilo, the Nenskra HPP developers, held open meetings in Chuberi, the village where Chkhetiani lives along with around 1000 other inhabitants. Among the many topics discussed over the two days, the villagers voiced their concerns about their safety and future well-being. Chkhetiani, however, came away from the meetings with the impression that there had been no willingness on the part of the developers to provide in-depth, reassuring answers to the villagers’ most worrying questions.

“There were moments when the temperature was high”

Tensions in the room rose as Lile Chkhetiani took the microphone and expressed her concerns about the project impacts. After being told that she was asking one too many questions, others in the room rose to support her, stating that they shared similar concerns. However answers came there none, and the majority of the local people left the room in frustration. “People opposing the project, whose questions were not fully answered, marched out as a sign of protest,” recalls Chkhetiani.

“There will be no alarm systems!”

Since the region, on the southern slopes of the Central Caucasus mountains, is prone to landslides, mudflows and minor earthquakes that could potentially be triggered by the excavation work and vibration from the building site, these obvious safety issues were a prime area of concern for the local people at the meeting. “People are worried about the tremors and fear about their safety,” summarises Chkhetiani the locals’ worries. Nevertheless, the developers were resolute in their stance that safety is guaranteed and that there will be no need for alarm and warning systems.

The lack of such safety measures has, in the recent past, resulted in deaths following a mudflow event during the construction of the Dariali HPP in Georgia. These deaths could have been avoided, provided an alarm system had been installed. The villagers of Chuberi and Nakra do not want a repeat of such events in their home valleys.

Who’s gaining more, the community or the developer?

The massive Nenskra HPP project also includes a small portion of investment for the communities affected by the construction. Roughly USD 4 million, less than 1% of the total project costs, will be invested in infrastructure selected by a few local representatives.

However, as Chkhetiani describes, this small panel of 2-4 local people will not be established by democratic vote: “These representatives will be selected by the developers, not by the villagers.” This may result in a situation where some voices are left unheard and financing desperately needed by local schools and kindergartens might be funnelled instead towards road construction,  needed for heavy traffic to reach the project site.

“It is difficult to teach without electricity”

Life in Lile Chkhetiani’s home village of Chuberi has been gradually improving, but there are still worrying leftovers from the past. While blackouts, especially during the cold winter period, have been a constant menace for as long as she remembers, the difficulties in giving lessons to her 80 students are now mounting.

“We have received no guarantees or assurances that Nenskra HPP will improve our situation,” she comments, when asked whether a massive power plant in her backyard will put an end to the blackouts. She adds: “Georgia is exporting electricity while we ourselves are in darkness!”

While the mountainous Svaneti region attracts quite a few tourists, villages in remote valleys like Chuberi have been largely hidden away from adventure seekers. However, Chkhetiani recalls seeing an increasing trend of hikers in the area after the first We Are Svaneti festival took place in Chuberi earlier this year, attracting visitors from afar to experience the culture and astonishing natural beauty. Ultimately, she concludes, “It would be really sad to see this serene landscape and river changed drastically by the Nenskra HPP.”