Land expropriation and corruption have been two recurring themes at the Kolubara mine. This week’s arrests indicate that they are closely connected. 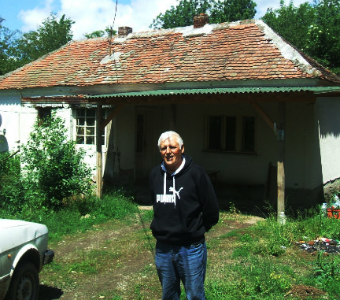 Recent developments in Serbia forebode gloomy times for the country’s energy company EPS. After the European Bank for Reconstruction and Development’s confirmation on Friday that it has given up the Kolubara B lignite power plant project, Serbian media reported on Monday that police had arrested several individuals connected to the EPS-owned and EBRD-financed Kolubara lignite mine.

Among the arrestees are former director of the Kolubara Mining Basin Nebojša Ćeran and former financial director Ljubisa Nekic and businessman Radoslav Savatijević. They are suspected of fraud in land expropriation proceedings around the Kolubara mine.

Although the arrests are recent, the issue has been in the public eye for some time, not least as Minister of Energy, Development and Environmental Protection Zorana Mihajlović highlighted already in January that Kolubara is “mired in crime and corruption”. She explained that, among other forms of corruption, Radoslav Savatijević, member of the Managing Board of EPS was given EUR 1.2 million by the board as compensation for his house in the village of Vreoci, that was to be expropriated as room was being made for a new strip mine. The value of the house was appraised at an astonishingly high EUR 3.4 million.

She noted that the advance payment was made based on the EPS board’s decision, without a decision on expropriation, and based on a directive written by then Director General of the Mining Basin Kolubara Nebojša Ćeran. She also stressed that Savatijević’s house was in fact located far from the second priority zone, and that it would not be up for demolition for at least the next seven years, if ever, and that Savatijević did not have the house registered as his address of residence, and thus should not be eligible for expropriation compensation.

Land expropriation and corruption have been two recurring themes at the Kolubara mine for several years now and Savatijević’s case indicates that they are closely connected.

As Bankwatch and others have reported, locals who are living in horrible conditions next to the mine (and don’t have Savatijević’s connections), complain about delayed, insufficient or no compensation at all for their damaged properties.

Neither are the arrests now the first case of corruption in Kolubara. Dragan Tomic, former director of the Kolubara coal mine in Serbia and four others have been charged with of abuse of power and of damaging the Kolubara budget 2004 and 2008. They allegedly signed a series of contracts with Inos sirovine Lazarevac through which Inos purchased 5.8 million kilograms of scrap metal from Kolubara at prices ranging from 30 percent to 56.25 percent of actual market price, causing around USD 650 000 damage to Kolubara’s finances.

Together with 27 others, in April 2012 Tomic was also charged with embezzling USD 11 million from Kolubara between 2006 and 2007. Tomic allegedly paid private companies for unnecessary mining equipment and services. Kolubara was overcharged for the number of hours put in by the private companies, and Kolubara executives did not follow appropriate public procurement procedures.

The EBRD has so far distanced itself from these issues. In its communication with Bankwatch, the bank has insisted that the problems with resettlement and corruption did not occur within any EBRD-financed projects and that sufficient action had been taken to ensure that such malpractice would not happen again. (We beg to differ.)

Yet, these things have been happening during the EBRD’s long-term co-operation with EPS, especially at the Kolubara mining basin. Since 2001 the bank has been involved with the Serbian energy quasi-monopolist and has since then approved five loans for EPS, three of which for Kolubara (Emergency Power Reconstruction Project, EPS Power II, Kolubara mine environmental improvement project).

In light of the diverse and increasingly numerous allegations of corruption at Kolubara, the EBRD needs stop putting too much trust in EPS and start taken its own additional measures to examine management practices at the mine.