This month, the new State aid Guidelines for climate, environmental protection and energy 2022 enter force. But with a surplus of loose formulations and flexible criteria, only with close public scrutiny can they support sustainable decarbonisation. 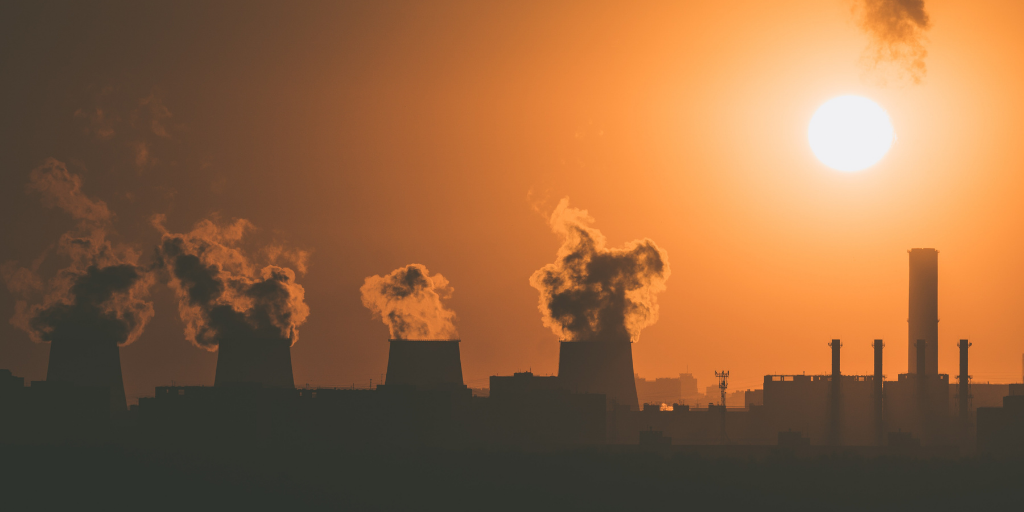 On 21 December 2021, the European Commission announced that it had endorsed the new Guidelines on State Aid for Climate, Environmental Protection and Energy 2022 (CEEAG) which enter force in January 2022. They replace the EEAG, which entered force in 2014.

There are some welcome new provisions, e.g. a new category of aid to protect or restore biodiversity. But overall, it is disappointing to see how many weaknesses remain, especially on checking compliance with EU environmental law and on fossil gas.

All available avenues will have to be used to ensure that the Guidelines are applied as strictly as possible. Until now this has been extremely difficult, since the Commission, according to the EU rules, is not required to inform the public when it receives a notification on planned state aid measures, is not obliged to act on complaints by NGOs, and does not allow NGOs to challenge its state aid decisions. But new opportunities are slowly becoming available, as we explain below.

The main weakness of the new CEEAG is its unjustified support for fossil gas. The Commission has invented a new category of ‘most polluting fossil fuels’, differentiating between gas and other fossil fuels. Coal, oil etc. are rightly considered to be unworthy of aid, but gas is treated more favourably, being seen as a transition fuel. Such a division is not defined anywhere in EU legislation, nor is it scientifically justified. The IEA has made it abundantly clear that we cannot build more fossil fuel infrastructure.

There are caveats for some of the more direct support for gas:

… Member States should explain how they will ensure that such investment contributes to achieving the Union’s 2030 climate target and 2050 climate neutrality target. In particular, the Member States must explain how a lock-in of this gas-fired energy generation will be avoided. For example, this may include binding commitments by the beneficiary to implement decarbonisation technologies such as CCS/CCU or replace natural gas with renewable or low-carbon gas or to close the plant on a timeline consistent with the Union’s climate targets.

But it remains to be seen whether such conditions are workable in practice. Is the Commission really going to check on state aid after several years to make sure the Member State really fitted CCS/CCU and that it really works? Or that it has converted the plant to run on renewable gas? Given the ever-present capacity squeeze at the Commission, it seems highly unlikely.

For gas infrastructure, one of the qualifying criteria is that the infrastructure is ‘ready for the use of hydrogen’. This sounds wearily familiar. More than a decade ago, ‘CCS-ready’ was a familiar work-around for building new coal plants like Slovenia’s Šoštanj 6, despite their well-known climate impacts. Nowadays everyone is trying to figure out how to close the plants while minimising losses. And if new gas infrastructure is built, it’s going to be the same picture there in a few years.

After the public consultation on the draft CEEAG text, a new provision crept in that allows, until the end of 2023, support for the replacement of coal power plants by gas ones in the EU’s poorest Member States. The coal plant in question must close before 2026, the Member State must not have a capacity mechanism in place, and the replacement capacity must be part of a credible and ambitious decarbonisation strategy, including the prevention of stranded assets in view of the 2030 and 2050 targets. It is unclear how the latter provisions will be assessed.

Hydrogen produced using renewable energy is likely to play a role in hard to decarbonise sectors, but will almost certainly be too expensive and scarce to be used for e.g. power generation, space heating and most types of land transport.

But the CEEAG largely ignores this and promotes hydrogen without any limitations on its use. It also fails to ensure that only renewable hydrogen is supported, and supports what it calls ‘low-carbon’ hydrogen, without even defining what this is. This opens the door to state aid for hydrogen made with gas, nuclear and who knows what else.

It seems obvious that any project – whether receiving state aid or not – has to comply with EU environmental law and other legislation. But in reality this is often not the case. In 2016 the Commission approved adjustments to Romania’s renewables state aid scheme, including for hydropower, even though an infringement procedure was open for the country’s failure to apply EU water legislation when permitting small hydropower plants. In its decision, the Commission warned that plants supported by the scheme must comply with EU law, but it remains unclear what will happen if they are not.

In any case, infringement cases are just the tip of the iceberg. Hydropower plants like Dabrova Dolina or Ilovac in Croatia have violated environmental law, but painfully slow enforcement procedures on the national level are still ongoing. Similarly, the VEZ Svoghe hydropower cascade in Bulgaria is part of a pre-infringement procedure called an EU Pilot, but not yet a full infringement.

And it’s not just the ‘usual suspects’ which support renewables projects conflicting with EU law. An investigation was recently opened in Austria’s Styria region, where in recent years every single major project passed the environmental impact assessment process – unlike in other Austrian regions – and corruption is suspected. The projects under examination include three wind farms and the controversial Koralm pumped storage plant.

The CEEAG states that ‘the aid measure, the conditions attached to it, the procedures for adopting it and the supported activity do not contravene Union environmental law’, but doesn’t provide information on how the Commission will check this. Nor does it explain how the Commission will address the issue when the project or scheme is later found out to be in contravention of environmental law, as national court cases and Commission infringement procedures that follow can take 5 to 10 years and there is still no guarantee that state aid will be recovered at the end of the process.

The new CEEAG also doesn’t offer anything new in terms of NGOs being able to challenge state aid decisions at the EU level on environmental law grounds, though the Commission has elsewhere committed to examine this issue by the end of 2022 and to make a proposal – if appropriate – by the end of 2023. It does open some potential opportunities on the national level though, as we will see below.

In addition, projects promoted by SMEs have also been granted an exception from participating in tenders for projects up to 6 MW. Wind projects by small and micro-enterprises can be exempt up to 18 MW.

This will certainly have its advantages, but may also prove problematic based on the experience in southeast Europe, particularly with small hydropower but also with other non-transparent renewables support. Given that the Commission’s definition of an SME is any company which employs fewer than 250 persons and which has an annual turnover not exceeding EUR 50 million, and/or an annual balance sheet total not exceeding EUR 43 million, this threatens to exempt a high proportion of projects from tenders, thus raising the spectre of favouritism of certain companies as well as over-compensation by premiums being set too high. It might also tempt companies to ‘salami-slice’ their projects in order to avoid being subject to tender procedures.

Those small-scale projects not owned by SMEs or renewable energy communities have a 1 MW threshold for exemption from tenders for electricity generation projects, storage, heat generation and gas production (e.g. hydrogen), the same as the EEAG threshold for renewables tenders.

As with the EEAG, in the CEEAG, support for renewable electricity generation will mainly be allowed only in the form of feed-in premiums rather than feed-in tariffs.

Feed-in tariffs enabled the rapid expansion of renewable energy but also drove the expansion of damaging small hydropower plants in countries like Italy, Bulgaria, and beyond the EU in the Western Balkans. They also became very expensive after some time, leading to abrupt changes of policy in countries like Spain, Portugal and Bulgaria. This led to an EU-wide emphasis on carrying out tenders to set premiums at as low a level as possible. These are then paid as an incentive on top of the price of electricity sold on the market, rather than a state-appointed entity buying off all the electricity produced at administratively set incentive prices.

However, the EEAG recognised that premiums are impractical for very small projects and allowed renewable power projects under 500 kW to continue being granted feed-in tariffs. The CEEAG further tightens this limit so that only plants below 400kW may be granted feed-in tariffs and for plants commissioned from 1 January 2026, this will be further decreased to 200 kW.

This is somewhat positive, however hydropower and biomass should not be exempted at all. Small hydropower does significant damage to rivers, but makes a negligible contribution to energy supply. And it is not justified to stimulate the use of primary forest biomass – particularly in electricity-only facilities – due to its climate and biodiversity impacts.

Public consultations and the first signs of access to justice

One of the main novelties of the CEEAG is the introduction of 6-week public consultations by Member States from 1 July 2023 for decarbonisation measures such as renewable energy, synthetic fuels, CCS/CCU and security of supply measures such as capacity mechanisms.

Public consultations are mandatory for all schemes in these sectors worth more than EUR 150 million per year, and for smaller schemes, 4-week consultations must be held only if the aid is not subject to a competitive tender or if the aid supports investments in fossil gas. It is unclear why we need to wait so long for the introduction of such consultations, but they are a logical step towards improving the effectiveness and efficiency of subsidies schemes.

Similarly, although the Commission’s unwillingness to open its state aid decisions up to scrutiny by environmental NGOs continues to be a barrier to ensuring coherence between state aid and EU environmental legislation, the CEEAG does at least provide a reminder that ‘Finally, individuals and organisations should be given the opportunity to challenge the aid or measures implementing the aid before national courts where they can adduce evidence that the Union environmental laws are not complied with’.

Much more work will be needed to make this a reality, but the stakes are high. We clearly cannot rely on the Commission to stand up to industry and Member State lobbies, so we will have to make this happen ourselves by using all available legal means.