Adequate decision making on energy policies must be based on accurate information and cannot rely on outdated knowledge and misconceptions. A new series of fact sheets explores the myths and facts of Europe’s energy sector. 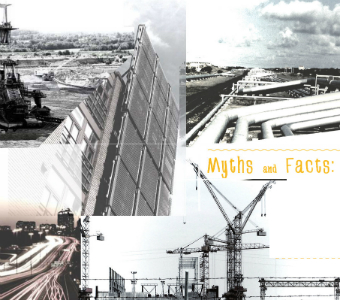 Energy is an important issue cutting across some of the big problems of our time such as climate change, security and the economic crisis. What sources of energy we use and how we finance them influence how our societies will function in the decades to come.

Good decision making therefore requires reliable information on the costs, impacts and potentials of different energy sources and financial instruments. The available information, however, can be dated or shrouded by tenacious myths. (A study published yesterday by the German Institute for Economic Research for instance has found that the European Commission’s strategy documents for the energy sector significantly underestimate the costs of nuclear and coal and overestimate those of renewable energy sources.)

Our friends at Counter Balance have therefore taken a look at a number of the myths and facts related to energy production, the EU’s energy policy and the financing activities of international financial institutions.

The outcome, a series of fact sheets, helps find answers (not always easy ones) to questions like “How does the European carbon market work?”, “Which sources of energy are expensive and which are cheap?” or “How reliable is the electricity production from renewable energy sources?”.

With the energy policy revisions of the European Investment Bank, the European Bank for Reconstruction and Development and the World Bank heating up, it’s all the more important to get the basic facts straight.

Here are some points to get you started.

Project bonds in times of crisis

Download the factsheet on Project bonds in times of crisis

Download the factsheet on Energy infrastructure investments for economic recovery