Montenegro has recently confirmed that its highly polluting Pljevlja coal plant has exceeded its allowed operating hours under the Energy Community Treaty, yet no moves have been made to close the plant. This threatens to create a worrying precedent if not tackled. 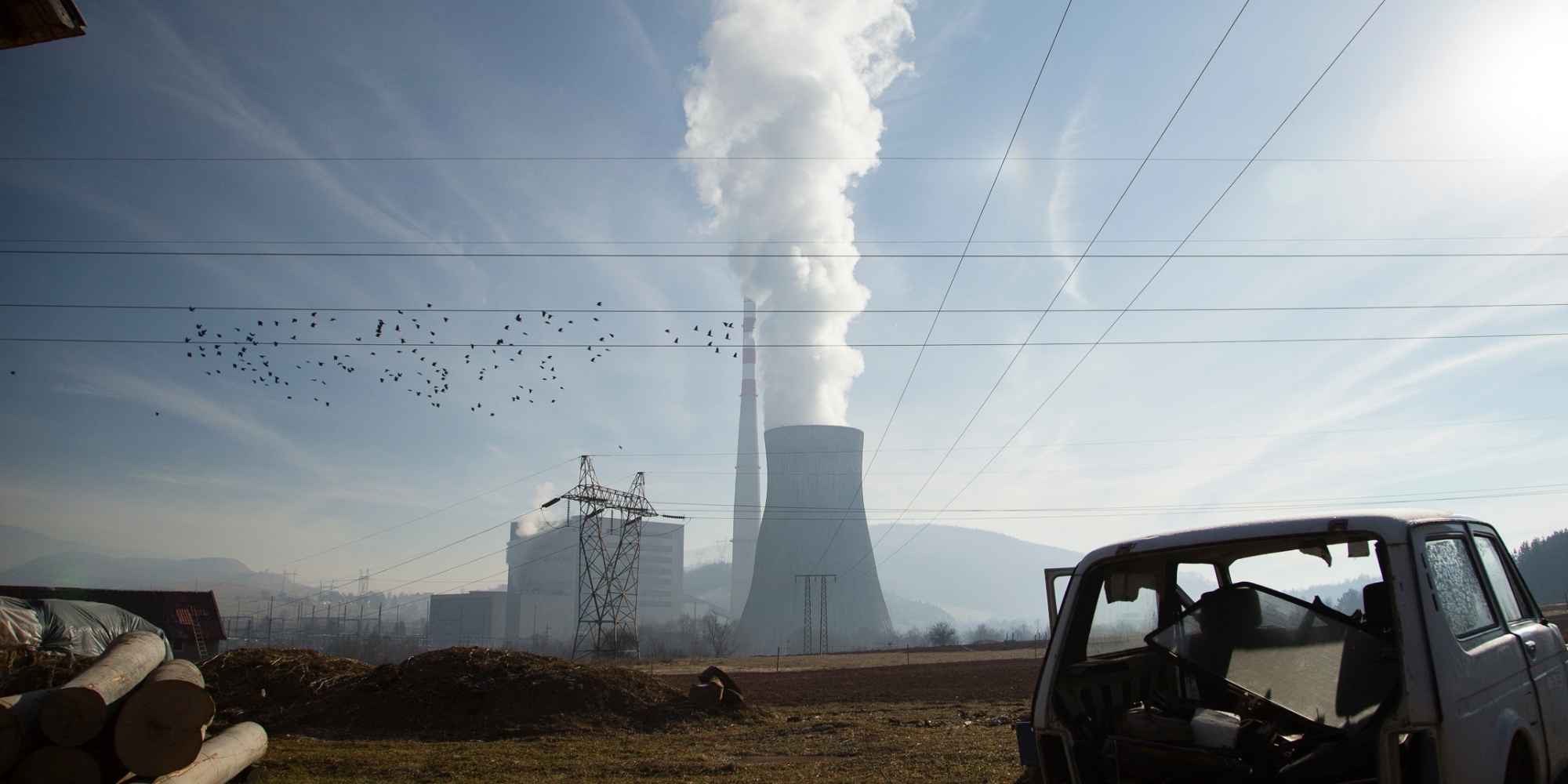 A group of NGOs active in the Western Balkans has today called on the Energy Community Secretariat to open an infringement procedure against Montenegro for failure to limit the Pljevlja coal power plant’s operating hours in accordance with a Ministerial Council Decision taken in 2016.

Under the so-called ‘opt-out’ regime, the Pljevlja coal plant, which provides around 40 per cent of Montenegro’s electricity, was allowed to work up to 20,000 hours between 1 January 2018 and 31 December 2023 without undertaking additional pollution control measures. After that, it has to either close permanently, or invest in equipment to comply with stricter pollution limits for new coal power plants.

These conditions have also been included into the plant’s integrated environmental permit issued in 2018, but the plant has long since exceeded the operating hours and is still operating now.

Health damage by the Pljevlja plant

In 2016, the Pljevlja plant caused, among others, an estimated 133 premature deaths, 2,894 asthma symptom days in asthmatic children, 68 cases of chronic bronchitis in adults, 106 hospital admissions due to respiratory or cardiovascular symptoms, and 39,686 lost working days, with health costs up to EUR 3 million. The impacts are most likely the same or even worse today, as the plant’s sulphur dioxide emissions were even higher in 2018 and 2019 than they were in 2016.

Complying with the Energy Community Treaty is therefore not merely a question of rules, but is imperative to improve public health in the Western Balkans and beyond.

A nasty surprise for the new government

Instead of spreading the available hours evenly over the whole period, the management of Elektroprivreda Crne Gore (EPCG), the plant’s owner, have used them up as quickly as possible. The Energy Community Secretariat has been warning since autumn 2019 that the Pljevlja plant looked set to run out of hours in less than a year, but its warning was not heeded.

After 30 years of the same ruling party, a new government took office in Montenegro in December 2020, and one of the first things that awaited them was the issue of what to do with the Pljevlja coal plant. It was already suspected by that point that it had used up all its hours, but this had not yet been confirmed, and EPCG was less than cooperative in clarifying the situation.

However, Montenegro has now reported its official 2020 operating data to the European Environment Agency as required under the Energy Community Treaty. The data shows that the Pljevlja coal plant operated 7,194 hours in 2020. Combined with the operating hours for 2018 and 2019, which amounted to 13,809 hours in total, this brings the plant well beyond the 20,000 hours allowed under its opt-out regime.

However, instead of taking a stance on closing the plant – at least temporarily, while decisions are taken whether to go ahead with modernisation – and on how it plans to support the workers, the new government has so far continued to peddle a fictional story about negotiating with the Energy Community for ‘additional hours’. However, neither the Energy Community Secretariat nor the European Commission have a mandate to grant this, as it would essentially mean re-writing the Large Combustion Plants Directive.

Closing the plant after having used up its 20,000 hours is imperative, but is only the first step. The other question is whether to close it permanently or to retrofit it. In June 2020 Montenegro’s previous government signed a contract with a consortium led by China’s Dongfang (DEC International) to retrofit the plant to bring it into line with the so-called 2017 LCP BREF, which represents the EU’s latest standards for such plants.

However, EPCG has never publicly proven that such an investment would be economically justified, nor that the planned investments would be technically capable of bringing the plant into compliance. At the time of signing, it was also claimed that this investment would extend the lifetime of the plant by 30 years, which we seriously doubt because the planned works do not include reconstruction of the main parts of the plant, such as the boiler.

The prices for the bids for the modernisation varied very widely, leading both the media and one of the competing bidders, Hamon Rudis, to question whether the winning bid offers an inferior technological solution. Hamon Rudis requested that the selection commission check the compliance of Dongfang’s bid with the technical specifications in the tender documentation due to its much lower price than the other two bids.

The Decision on the selection of the best bid responds that no specification was included in the tender obliging the bidders to submit technical documentation – they only had to provide statements that their offer complied with certain parameters. It is therefore, conveniently, impossible to check the technical specifications of each bid. This leaves very little information on which to assess the technical quality of the winning bid and raises serious doubts as to the quality of the project.

Another issue is that the winning consortium includes BB Solar, a company half-owned by the President of Montenegro’s son, Blažo Đukanović, which, as the name suggests, specialises in solar rather than coal plants.

Therefore, in early April, the Ministry for Capital Investments asked the Public Prosecutor to investigate the tender process, as well as the fact that EPCG used up all its hours in three years instead of spreading them out until the reconstruction project was ready to start.

Closing the plant is clearly a big deal for Montenegro’s electricity supply, as well as for the affected workers and the wider community in Pljevlja. Furthermore, no preparations have been made to ensure a just transition for Pljevlja, so it is not surprising that EPCG and both the previous and current governments are reluctant to act. But a decision has to be made, and it has to be made soon.

None of these are easy options. The second one is highly risky for the reasons mentioned above – the modernisation might really not bring the plant into compliance – and the first and third both leave a significant gap in Montenegro’s electricity supply while additional generation capacity comes online and energy savings are made.

The decision needs to be based on a thorough analysis of supply and demand in the coming years, and depends on EPCG’s ability to deliver projects like the Briska Gora solar project and the Gvozd and Brajići wind farms. The data prepared for the forthcoming National Energy and Climate Plan should be of use in this respect.

Also key is the future of the ailing Podgorica aluminium factory (KAP), which in 2019 used 16 per cent of Montenegro’s electricity, as well as Montenegro’s ability to cut its transmission and distribution losses, which amounted to 14.5 per cent of electricity consumed in 2019. Another major factor is the use of inefficient electric heaters for domestic heating, though it is likely to take some years to replace these with heat pumps. If consumption can be cut and generation from solar and wind increased sufficiently, Montenegro may be able to avoid modernising the coal plant altogether.

Irrespective of which decision is taken, workers’ welfare needs to be guaranteed and planning for a just transition in Pljevlja needs to ramp up immediately. So far, discussions on this have been initiated by NGOs, but the authorities, at both the local and national level, need to step up their action to make the process as painless as possible.