The recent rejection to release Evgeny Vitishko’s, an imprisoned environmental activist in Russia, illustrates the backlash against fundamental rights and freedoms in some countries. Multilateral development banks need to take notice of this trend and be more wary of the risk that their lending may strengthen authoritarian regimes. 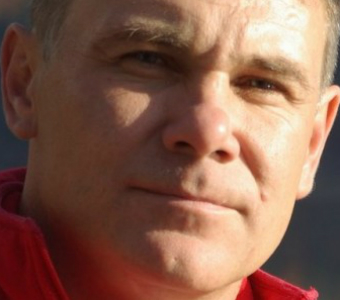 On September 24, the Krasnodar Regional Court rejected the cassation appeal filed by the Prosecutor’s Office against the sentence of Evgeny Vitishko a Russian civil society activist known for his criticism of the environmental damage caused by the Sochi Winter Olympic Games. Vitishko was charged with a fabricated crime and sentenced to a three-year prison term in a penal colony in February this year.

While the court’s ruling is condemnable, it is sadly predictable. Russia is infamous for using and amending existing legal and judiciary instruments to scale up restrictions on civil rights groups and individuals critical of the regime.

What is alarming is that this approach is becoming a modus operandi in more countries and not only among authoritarian regimes but also where transition to the Western type of democracy is at stake. Under the disguise of protecting national security and stability governments have curbed fundamental rights and freedoms and thus eroded the possibility for an open political debate.

Geographically, this mostly involves Former Soviet Union countries and the Middle East and North Africa (MENA) – regions where international financial institutions (IFIs) such as the European Bank for Reconstruction and Development (EBRD), the European Investment Bank (EIB) and the World Bank have committed to enable a successful political and economic transformation. A very short overview of cases of legal interventions enabling the reprisal against rights and freedoms shows that these are introduced with increased frequency despite the IFIs’ presence and EU attempts to support democracy.

Due to its potential to be the freest space for communication and access to information, the Internet has become a target for restrictive measures. In its annual report assessing the rate of disruption to freedom of information through online censorship and surveillance, Reporters without Borders ranked Belarus, Turkmenistan, Russia and Uzbekistan as the “Internet enemies” states because of systematic repression of Internet users. Egypt, Kazakhstan, Tunisia and Turkey are listed as “countries under surveillance” for using draconian measures to control freedom of expression online.

The news broke last week that Turkey has amended a law to allow the state telecommunication agency to block websites without a court order as a means of protecting public order or preventing a crime.

Around the same time, the Egypt government has contracted a domestic sister of a US Blue Coat cyber company to procure the surveillance technology that enables the tracking of online communication. While the Ministry of Interior rejected the rumours, it has admitted it has been monitoring online communication to be on the top of political issues and electronic crimes.

In less developed countries, civil society groups depend on foreign funding to exercise their independent role. The governments of Russia, Egypt and most recently Hungary have waged war against civil society criticism by obstructing access to financial aid from abroad. In 2012, Russia approved a “foreign agents” law which tightens controls over civil society groups that receive foreign funding. Egypt has been pondering a law which would oblige NGOs to receive official consent for financing from abroad. This September, the Hungarian government raided the offices of NGOs distributing Norwegian funds under the pretext of fighting political influence.

Cutting down on freedom of assembly

Russia curtailed on protest rallies in 2012, when it amended a law to introduce large fines for violating rules on public events. Azerbaijan followed the suit and passed legislation approving a nearly tenfold increase in fines for participation in an unapproved public protest. In its 2013 law on public assembly, Egypt granted security officials discretion to ban and forcibly disperse a public protest or a meeting on vague grounds.

As the human rights situation is deteriorating and transition countries are reversing after two decades of reforms, the impacts of the development financiers’ lending must be called into question.

Azerbaijan currently appears as a model case for IFI lending that is likely to strengthen the elites in authoritarian regimes while turning a blind eye on human rights abuses. In the pursuit of independence from Russian gas the EU and IFIs are eyeing the Trans-Adriatic Pipeline (TAP), that is part of a plan to transport natural gas from Azerbaijan to Europe.

In February this year, the EBRD released an economic assessment of the impacts of the Sochi Winter Olympics. Two days before that date Vitishko had been arrested before being able to deliver the draft report on detrimental environmental impacts of the Games (pdf) for a discussion in Sochi.

Although these two cases stand separately, the legacy of Vitishko and his colleagues at the Environmental Watch on North Caucasus demonstrate the urgent need for the IFIs to bridge the political and economic transformation with the observance of fundamental rights. Without achieving this more cases like Vitishko’s will regrettably keep appearing.