Home > Blog entry > As pollution blankets Pristina, so do protests

Hundreds of people fed up of breathing polluted air have joined a protest in Pristina, Kosovo earlier today. 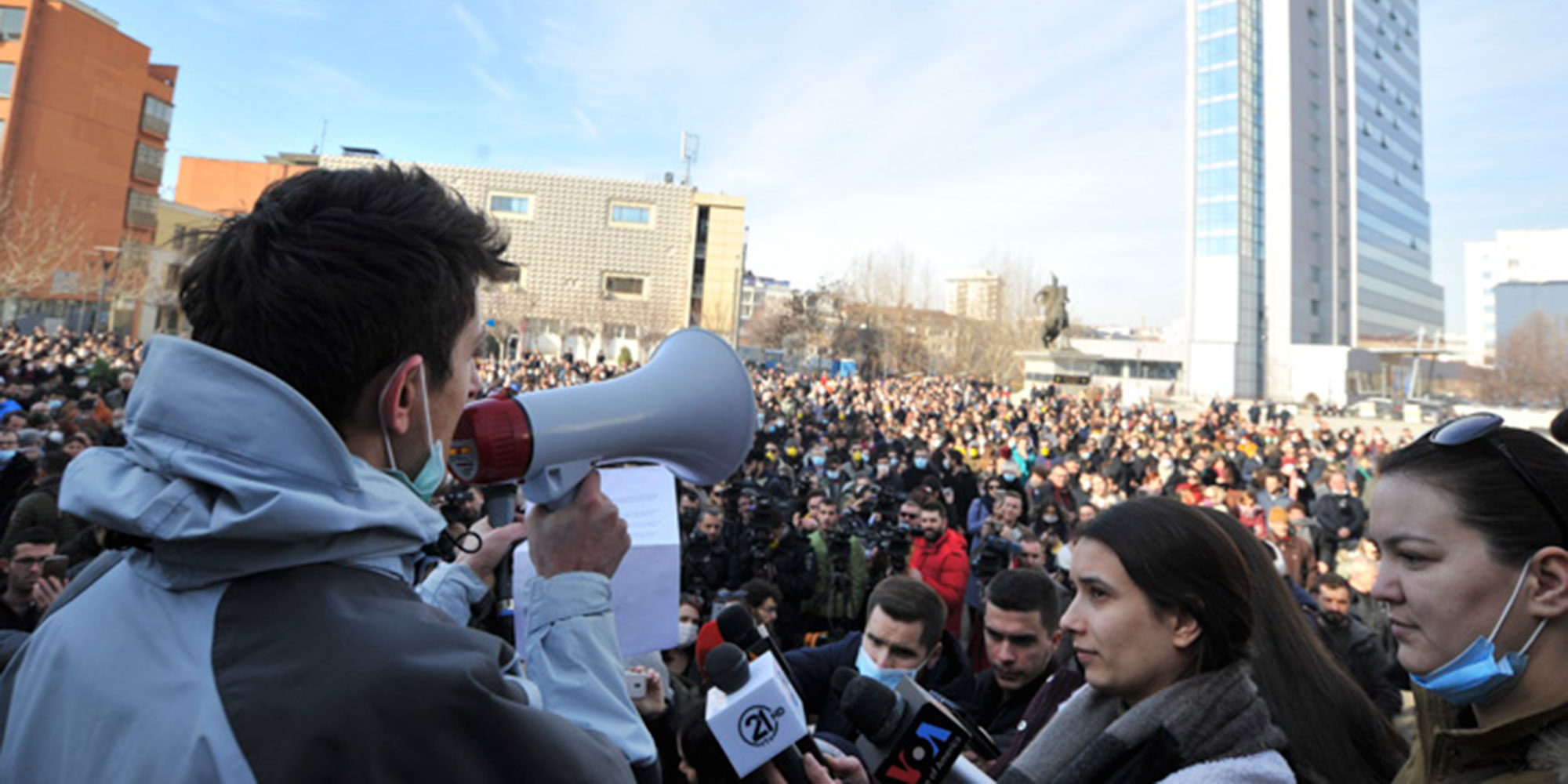 “Hazardous” is the name of the protest, as has been the level of particulate matter (PM2.5) pollution throughout the last month. Just this morning, the measured air quality index (AQI) stood at 235 units, or 185 micrograms/m3, worse than Beijing and New Delhi otherwise famous for their lack of air quality. This is no less than 7.4 times the recommended World Health Organisation’s upper limit for the 24-hour average for PM.25, of 25 μg/m3

Locals of Pristina have been complaining since the beginning of the year about worsening conditions, which so far has led to the adoption of an emergency action plan, to be implemented by the local police. In yesterday’s meeting between the Pristina Municipality and the Ministry of Environment and Spatial Planning, it was decided that the emergency response to the extremely unhealthy levels of pollution would be limiting the access of cars to the city between certain times of the day (6-9 AM and 4-10PM).

Restrictions on traffic in city centres have been growing in popularity in many European capitals and large cities, but it is not a silver bullet solution. Particularly not in the case of Pristina, where there is a much bigger elephant in the room. According to a 2016 report, the old and polluting Kosovo A and B lignite power plants create up to 352 EUR million per year in annual health costs, and Kosovo A is the Western Balkan region’s biggest emitter of PM2.5 – fine dust particles so small they enter blood stream and pulmonary alveoli. Moreover, the plant should have been closed in 2018, according to a commitment towards the European Commission. However, the Kosovar authorities are now linking the decommissioning of Kosovo A to the construction of Kosovo C, and give 2022 as closing date in their newest Energy Strategy.

Plans to build Kosovo C have been around for over a decade, starting out as a planned 2000 MW unit that would turn the country into the leading energy exporter for the Balkans. In December, Kosovo has signed a contract with the only bidder in the tender – power generator ContourGlobal to build a 500-megawatt (MW). This means decades of pollution lock-in for a country that is overly reliant on coal for its electricity production, which civil society in Kosovo and Bankwatch have warned for years.

While authorities often chose the easy option of traffic restrictions in response to air pollution crisis, such as the one taking place now in Pristina, our independent measurements of particulate matter pollution in the region has already demonstrated twice (in Tuzla and in Gacko, in Bosnia and Herzegovina) that high peaks in emissions are generated by coal facilities, either power plants or coal open-cast mines, or both.

Pristina is now joining other towns in the Balkans, such as Skopje, Zenica, Pljevlja and Tuzla, where massive protests against worsening air quality have been organised in the past few years. Every winter, these towns face the same problem of heavily polluted air, and residents are increasingly concerned about the health implications. Only a joint effort of these countries to introduce and enforce strict emissions control legislation in the Energy Community Treaty would set the tone for a unified approach to tackle a problem that affects millions yearly.