The results of our independent air pollution monitoring are in, and the situation is just getting worse while the government plans even more coal power. 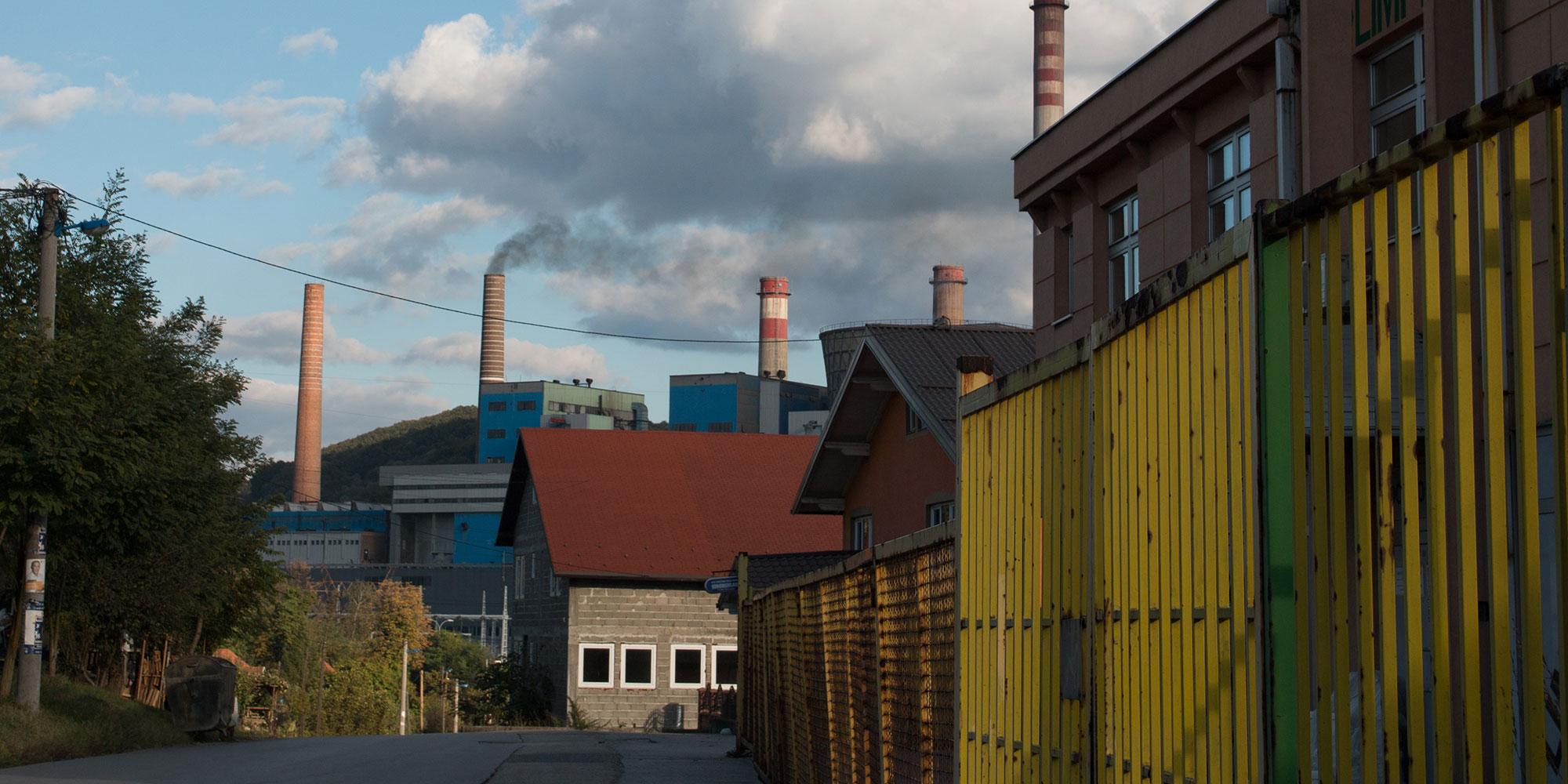 Indian summer days in October this year meant no household heating in Tuzla, so why so much pollution?

It was a warm morning in early October, the sun bright and a faint smell of burnt coal in the air. The home heating season started late this year, after a prolonged summer. We were in Tuzla, Bosnia and Herzegovina, to install our dust pollution measurement equipment, exactly one year after our first-of-its-kind, independent monitoring was done here.

In 2016, our particulate matter (PM) monitoring results were eye-opening on a number of levels: not only were both PM10 and PM2.5 values above the recommended limits set in Bosnia and Herzegovina and by the World Health Organisation on almost all the days observed, but the levels also skyrocketed in the evenings. This trend raised concerns about whether pollution filters at the Tuzla power plant even functioned properly.

For the whole time, the PM10 values were always above the legal limit for the 24 hour average.

This year, we wanted to probe locals’ claims that pollution had been getting worse with time, and to determine if the high peaks recorded are indeed caused by the nearby Tuzla lignite power station and the associated facilities.

The monitoring equipment was placed in the same location as before, and for the whole nine days when it was in place, not once were the PM10 values below the legal limit of 50 micrograms/m3 for the 24 hour average. In fact, the average values during the observation period (10-19 October) were 40 per cent higher than for the same period in 2016.

The values of PM2.5 measured were also higher than in the previous year by 10 per cent, and the concentrations were twice as much as the WHO’s recommendation of 25 micrograms/ m3 for the 24 hour period. The locals knew what they were talking about.

If there is consensus in the medical world about anything related to PM pollution, it is that prolonged exposure to PM2.5 carries a high risk factor for heart and cerebral diseases, as well as premature mortality.

Since locals had not started heating their homes, the pollution couldn’t come from household stacks.

What is even more worrying is that October 2017 was much warmer than October 2016, meaning that in conversation with the locals of Tuzla, we learned that there was no reason to start heating their homes yet. So if the increased levels of PM were not originating from household stacks – which is the favourite pollution bugbear of the authorities, together with traffic – there must be another source of concern.

Where does the dust come from?

In the graph with PM10 emissions, three high peaks stand out: 11 October between 4-6 AM, 15 October between 4-9 AM, and 18 October between 7-9 AM. We looked at the meteorological data provided by our air pollution monitoring equipment for these specific intervals and came to a straightforward conclusion: depending on the wind’s direction, either the Tuzla coal power or the associated ash disposal site, or both, are responsible for the spikes.

What are the Bosnian authorities doing about it?

The air quality in Tuzla is dire and has attracted the attention recently from international media outlets including Euronews, BBC and RAI News, whose television crews have made their way to this town in the world’s second most polluted country.

Yet the Federal Government is set to give the green light to the state owned energy company, Elektroprivreda BiH, to build yet another unit at Tuzla’s power plant. The 450 MW proposed Tuzla 7 project would require additional coal capacity.

The project promoters claim that the new unit would be in line with the EU pollution standards, but the project’s environmental permit/EIA clearly suggests the project will not meet the EU’s recently-adopted Best Available Techniques (BAT) standards. Rather, the project is much more likely to result in an increase of coal that would need to be mined and an increase in ash production, which, as seen above, plays a critical role in aggravating local air pollution.

Local opposition to a new ash disposal site is high, and in April 2016 the local community representatives delivered a petition with 2100 signatures against the proposal to the Federal Ministry of Environment and Tourism. While some units will be shut down in the future, constructing unit 7 would still represent an overall capacity increase, the exact opposite of environmental improvement.

As the ten-year saga continues, plans to build Tuzla 7 at an estimated cost of EUR 722 million received a boost when the government recently indicated a contract for a loan from the Export and Import Bank of China (China Eximbank) could be signed soon, provided the State Aid Council also gives its consent for loan guarantees. The plant is expected to be built by China Gezhouba Group and Guangdong Electric Power Design, according to an EPC (Engineering, Procurement, Construction) contract signed in May 2016.

China’s ‘Green Credit Directive’ and its key performance indicators require Chinese banks to assess, monitor and mitigate social and environmental impacts throughout the lifecycle of the project. However, the project’s planned ash disposal site Šički Brod is without an environmental permit, and yet, China Eximbank failed to factor in this irregularity its project appraisal. This has resulted in an unresolved legal challenge.

One thing is clear: China Eximbank’s client, Elektroprivreda BiH, is not fulfilling the required level of environmental and permitting obligations. For its part, China Eximbank has avoided disclosing the bank’s own due diligence on the project.

Local civil society representing the affected communities have since 2013 made efforts to alert China Eximbank and Chinese authorities overseeing overseas projects including Tuzla 7 about the non-compliance of these practices, but their complaints have fallen on deaf ears.

While the spirit of the Green Credit Directive and other recent ‘green policies’ launched jointly with China’s Belt and Road Initiative are laudable, if China Eximbank finances projects like Tuzla 7 and others in the pipeline, there won’t be much left to inspire confidence about China’s green leadership.

The only other thing more pressing than the impending cold season, temperature inversion and thus an escalation in air pollution in Tuzla, is the China+16 summit held next week in Budapest. During these high-level meetings, financing contracts are signed. But why would any government rush to throw their country’s public budget into such a long-term loan when so many problems with this project remain unaddressed? To be sure, the answer is not for the benefit of air quality and the health of local people.