Air pollution in the town of Tuzla, Bosnia and Herzegovina was above legally allowed limits on twelve of 20 consecutive days as measurements made by Bankwatch and the Tuzla-based environmental group Center for Ecology and Energy show. 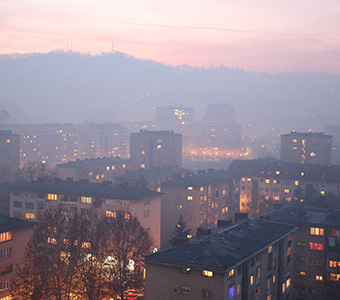 Air pollution in the town of Tuzla, Bosnia and Herzegovina was above legally allowed limits on twelve of 20 consecutive days as measurements made by Bankwatch and the Tuzla-based environmental group Center for Ecology and Energy show.

In an effort to provide independent data on air quality in different locations in the Balkans, Bankwatch and local partner organisations kick-started their own air quality measuring tour of the region. Tuzla is the first stop in a series of locations where lignite power plants exist and more are planned.

The town is notorious for its poor air quality, with locals taking to the streets every winter to complain about the heavy levels of particulate matter (PM = fine dust) in the atmosphere. The state-owned Elektroprivreda BiH plans to build a new 450 MW lignite-fired unit at the Tuzla power plant. Tuzla 7 would only replace two of the four remaining units, increasing the overall capacity. 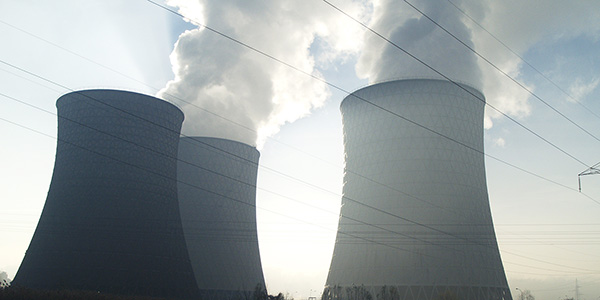 The health effects of inhalable PM are well documented by the World Health Organization. They are due to exposure over both the short term (hours, days) and long term (months, years) and include:

For unknown reasons, the official air quality monitoring stations in Tuzla do not provide data regarding this pollutant, even though other emissions (such as SO2, NO2, CO or O3) are covered.

Sure enough, after the first 20 days of constant monitoring, the results are daunting: on 12 days over the observation period the maximum PM10 limit allowed by the Federation of BiH legislation of 65 µg/m³ was exceeded, while some of the hourly levels recorded stood at eye watering concentrations of over 200 µg/m³. [1]

Graph: Daily average of PM 10 and PM 2.5 levels in Tuzla. (Click on image to see higher resolution.) The graph shows how the legal limit was exceeded on 12 days (or 60 percent of the 20 days with measurements).

In the course of a year, there should be a maximum of 35 days on which the average concentration exceeds the legal limit for PM10. It’s almost impossible to imagine how this limit will not be breached in Tuzla.

These worrying results are confirming our initial suspicions. Air quality data is unreliable in most countries in the region and we suspect the monitoring systems are sometimes turned off or placed in irrelevant locations, and so fail to show the urgent need for air quality legislation enforcement.

Are pollution filters turned off during the night?

Another striking observation over the 20 days of monitoring is the pattern of emissions skyrocketing as soon as it gets dark, after 19:00 local time, suggesting that the dust filters at the Tuzla power plant might be turned off during the night.

Graph: PM 10 and PM 2.5 levels in Tuzla at different times of day. (Click on image to see higher resolution.) The graph shows enormous increases for both pollutants during night time. It also illustrates, the average pollution levels are constantly above EU limits.

On October 26 a press release highlighting this trend [local language] was issued by the Center for Ecology and Energy in Tuzla. As if in reaction to the massive publicity the news triggered, emissions were much lower and within the allowed threshold in the following 24 hours, but picked up again the following day. 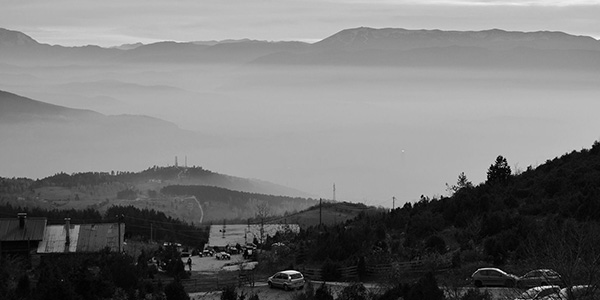 With our own particulate matter (PM) measuring device Bankwatch aims to provide independent data on air quality in a few selected sites in the Balkans.

Bosnia and Herzegovina is one of the few countries in the Western Balkans which have adopted air quality legislation in a similar form as the EU existing one. What really needs urgent attention is enforcement. The local environmental protection authorities need to investigate and explain why PM levels are not monitored by the official stations and what causes such intolerably high levels of pollution at night.

In an EU country, these levels would call for urgent measures that can even include limiting the operation of the responsible facilities.

[1] The Federal legislation is slightly more permissive than the current EU air quality one, in which the daily average limit for PM10 is 50 µg/m³. This level will only be required in FBiH in 2021 as it is following a gradual decrease by 2,5 µg/m³ every year.