The European Bank for Reconstruction and Development (EBRD) and Bosnia and Herzegovina’s energy utility Elektroprivreda BiH are signing today an agreement formalizing the Bank’s commitment to consider financial support for a particularly questionable energy project in Tuzla. But the public is barely aware of what this risky investment could bring to local communities. 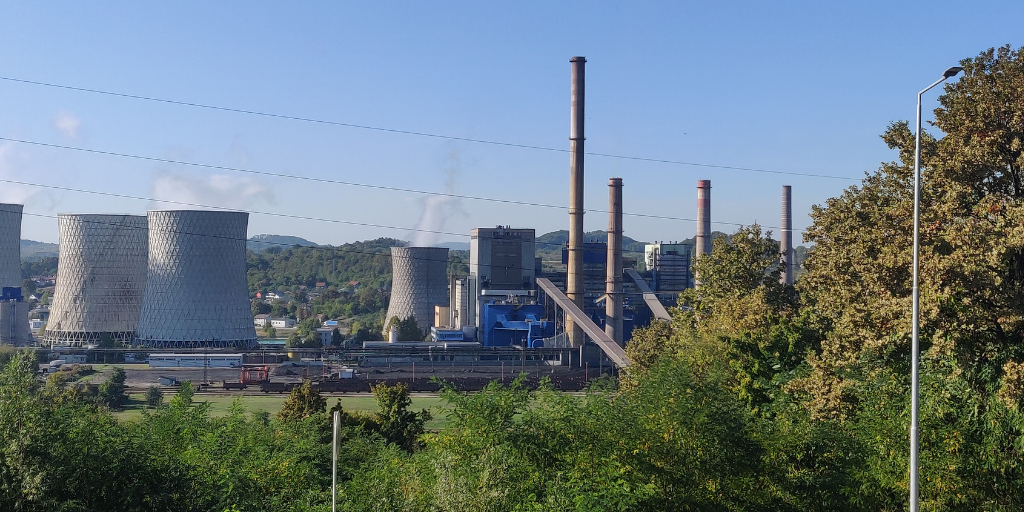 Intended to convert one of the coal-fired to burning willows and waste, it could not just harm climate, recycling and air quality objectives, but hinder the development of a number of more sustainable energy sources, which is why the project should be the subject of a comprehensive public dialogue.

The coal-fired unit 3 at the Tuzla power plant, which has been powering the district heating network serving the cities of Tuzla and Lukavac, is slated to close by end of 2023.

Now, it turns out that Bosnia and Herzegovina’s power utility Elektroprivreda BiH (EPBiH) is actively looking to convert this unit so it can run on locally grown biomass and waste incineration as a base load. But such a project would be anything but sustainable – it will not help shrink Bosnia and Herzegovina’s climate impact as much as it could, it would require much more land area than the company currently projects, and it could also end up triggering waste imports from abroad.

The European Bank for Reconstruction and Development (EBRD) is currently studying the feasibility of the project, which would determine whether the Bank would consider supporting it. But the information Bankwatch has obtained in recent months is sufficient to conclude that any investor, and certainly the EBRD, should stay away.  Anyone looking into the mathematics of biomass and waste capacities needed to cover the full heat demand of Tuzla would realise that this project could be one dangerous adventure in terms of finances, air quality and climate goals.

According to EPBiH’s plans, the Tuzla 3 unit will run mostly on biomass, primarily fast-growing willows that would be grown nearby. The company is considering turning a total of 1,075 hectares at the Kreka, Breza and Đurđevik mines into willow fields. But, according to Bankwatch’s analysis*, energy crops in quantities necessary for the planned capacity would require 5.6 times more land area, or a total of 6,042 hectares.

In addition, developing waste incineration capacity would also circumvent the efforts to step up recycling in the country. The government had set a goal to recycle 20 per cent of its waste, but data from the European Environment Agency shows that in 2019 the figure stood at zero.

Beyond preventing more waste from being recycled rather than burned, the Tuzla 3 project also risks catalysing waste imports to Bosnia and Herzegovina, as the amount of non-hazardous waste produced in the entire Tuzla canton/region is insufficient for supplying the local heating network at its current extent, let alone if it is to be expanded.

The prospects of importing waste to meet the demand for waste fuel is particularly concerning given that Bosnia and Herzegovina’s capacities for the enforcement of waste management regulations have already proven especially limited.

Lastly, the greenhouse gas emissions that burning waste and biomass would produce would undermine the effort to stem the unfolding climate crisis. In fact, Bosnia and Herzegovina is seriously behind in curbing emissions, as the government keeps procrastinating on the transition from dirty fossil fuels, chiefly coal, to sustainable energy sources such as wind and solar.

And that’s perhaps the main issue with EPBiH’s Tuzla 3 ideas. These plans appear especially dubious given the far more sustainable alternatives for providing heating in the region. According to the World Bank’s Global Solar Atlas, Tuzla has a solar potential of 1,100 kilowatt hours per metres squared per year. For comparison, the town of Ludwigsburg, Germany, has the same solar potential as Tuzla and for over two years has been home to the country’s largest solar thermal plant that supplies the local district heating system.

The city of Tuzla could also prioritise the use of solar and other sustainable energy resources. It could tap geothermal sources and wind energy and could develop energy storage as it was proved and modelled in the Bankwatch analyse on district heating clean alternatives from 2021.

Waste incineration and biomass as a baseload for the heating would put the country’s energy transition on the wrong track. EPBiH and Bosnian policymakers can ensure homes in Tuzla and nearby Lukavac are warm with much lower emissions and without having to import trash from abroad. They just need to seriously invest in renewables technologies that have already proven themselves.

* The calculation was made on the basis of projections from several scientific papers and projects with support of the Partnership for Policy Integrity: