Last week the Republika Srpska parliament adopted a new law on renewable energy that will help to stem the ongoing boom of highly damaging small hydropower plants. This puts it ahead of many of the region’s governments in changing the rules on renewables support. 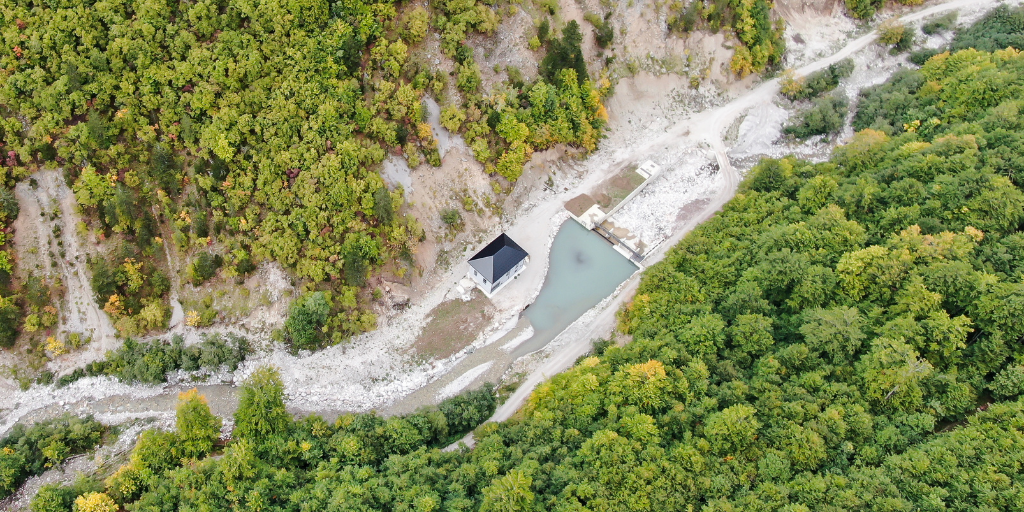 In September 2019, we published our report Who Pays, Who Profits? which revealed that between 2009 and the end of 2018, at least 380 small hydropower plants (below 10 MW) were built in the Western Balkans, bringing the total number of installations to at least 488. This boom was fuelled by feed-in tariffs, which had been disproportionately directed towards hydropower.

In fact, in 2018, small hydropower received around 70 per cent of renewables incentives but generated only 3.6 per cent of overall electricity.

Feed-in tariffs have been widely used across Europe to stimulate the growth of renewable energy, as they guarantee the purchase of electricity from a certain number of electricity producers at a fixed price, set high enough to offer an investment incentive.

But instead of using them to attract investments in new technologies and bring down their costs, Balkan governments stuck to what they knew and what well-connected construction companies knew how to build, and largely subsidised hydropower. Some wind power, and in Serbia also biogas was supported, but solar power hardly at all, and as a result, solar capacity in the region is still negligible.

532 of the plants were part of incentives schemes. This includes some older ones which had been rehabilitated, which is why the figure is larger than the number of plants built.

Under the Energy Community Treaty, the Western Balkan countries have to apply EU state aid rules. In 2015 the Treaty Secretariat issued policy guidelines underlining the need to apply the Commission’s 2014-2020 energy and environment rules, which would include stopping new feed-in tariffs for all but the smallest plants – below 500 kW for hydropower – and introducing a system of auctions and premiums.

Renewable electricity would be sold on the market and producers who win in auctions would be able to receive a premium in case the market price was lower than the price they had pledged in the auction. This system is meant to continue to support renewables development while limiting the cost to consumers.

Countries are free to choose what type of renewables they most need to support, as long as they don’t unfairly discriminate between technologies. Given the favouritism towards hydropower so far in the region, the widespread damage it has caused, and the fact that it is a mature technology whose costs are not falling, governments should stop incentivising it.

As the countries had geared up their renewables legislation and incentives systems towards meeting their 2020 renewables targets, it made sense to have this new system in place by 2020, yet in reality none of the countries did so fully. Even those which changed their rules, like North Macedonia and Albania, left non-compliant feed-in tariffs in place for new small hydropower.

What now for the Western Balkans’ renewables incentives schemes?

At the end of 2020 both Kosovo and the Federation of Bosnia and Herzegovina (FBIH) appeared to have stopped awarding new feed-in tariffs, but progress since then towards more efficient and environmentally acceptable renewable energy policies in the region has been mixed.

After long delays, Republika Srpska has now seized the chance to introduce a more efficient incentives system via its law on renewable energy that was adopted last week. After blatantly favouring hydropower in its previous incentives scheme, it has finally limited them, so that only new plants below 150 kW will be able to receive feed-in tariffs, and larger hydropower plants will not be eligible to participate in auctions. The next step will be to ensure prompt implementation of the law and avoid hidden subsidies via eg. loan guarantees for larger plants such as Dabar and Buk Bijela.

Serbia, after years of inaction, moved forward the most, by adopting a new renewables law that moves to an auctions and premiums-based scheme for all but the smallest plants. However there has recently been political pressure against the energy minister, so it is unclear whether this will continue. It is particularly crucial to make progress on encouraging prosumers and on launching solar auctions.

Montenegro has finally taken decisive action to stop awarding feed-in tariffs, cancelled several small hydropower concessions, and started to encourage household solar, but urgently needs to progress with larger wind and solar projects which are sorely needed to replace the Pljevlja coal plant. It needs to avoid getting distracted by the Komarnica large hydropower plant and ideas about gas plants, which would cause a new fossil fuel lock-in.

Kosovo, too, has made the first step by halting the feed-in tariff scheme for new plants. It is also doing better than others in the region with regard to connecting prosumers. It now needs to move forward with new renewables legislation to set a predictable incentives framework for the period until 2030 as well as making sure that planned solar and wind projects move forward.

North Macedonia, declaratively a frontrunner in sustainable energy, seems to have stalled in the last year and urgently needs to finally stop awarding new feed-in tariffs for small hydropower.

The FBIH incentives system has to be completely overhauled, starting by cancelling the two decisions made in 2021 to extend the 2020 feed-in tariff quotas. The draft law on renewable energy must be publicly consulted as soon as possible, and adopted. But in parallel, stronger action needs to be taken regarding the conduct of the Operator for renewable energy, as the new Director is failing to increase its transparency, and public trust can hardly be restored by the timid corrective measures from the audit report mentioned above.

Overall, progress is being made towards cutting hydropower subsidies, but far too slowly in some of the countries. In fact, while North Macedonia, Albania and the Federation of Bosnia and Herzegovina continue to allow hydropower incentives that are not in line with the European Commission’s 2014-2020 Guidelines, new Guidelines entered force in January which lower the threshold for feed-in tariffs even further – to 400 kW until 2026 and 200 kW after that. These Guidelines have also now been endorsed by the Energy Community.

With increasing damage from hydropower and public resistance, as well as increasing evidence of its climate vulnerability, it’s high time to work more on saving energy and increasing the share of appropriately-sited solar and wind.