When Maroš Šefčovič, the Commission’s Vice President for the Energy Union visited Bucharest in October 2015 to discuss Romania’s role in the overhaul of Europe’s energy sector, his speech seemed promising at first. It focused on renewables, energy efficiency and research and innovation – all issues that are rarely on the Romanian public agenda. But eventually, much like the Commission’s assessment for Romania (pdf) that was presented during the visit, the message and its level of ambition felt more like much ado about nothing. 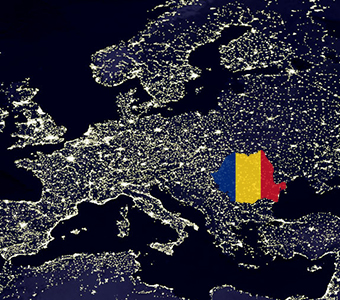 When Maroš Šefčovič, the Commission’s Vice President for the Energy Union visited Bucharest in October 2015 to discuss Romania’s role in the overhaul of Europe’s energy sector, his speech seemed promising at first. It focused on renewables, energy efficiency and research and innovation – all issues that are rarely on the Romanian public agenda. But eventually, much like the Commission’s assessment for Romania (pdf) that was presented during the visit, the message and its level of ambition felt more like much ado about nothing.

According to the assessment, Romania’s progress towards its various energy goals (efficiency, decarbonisation, and renewables) is satisfactory, however the Commission fails to identify what prevents further progress. Specifically, the Green Certificates scheme, which facilitated emissions reductions and investments in solar and wind energy in the first place, is now under threat from the state’s energy and gas regulator ANRE.

Since Romania’s electricity market is marked by constant oversupply, ANRE decides about who gets to feed in their electricity. In 2015, ANRE reduced the annual mandatory share of renewable energy from 15 percent to 11.1 percent. Since Romania’s Green Certificates scheme links the support for renewable energy directly to the amount of electricity producers (are allowed to) feed into the national grid, their support has effectively been reduced by almost one third, resulting in what has been called the collapse of the green certificate market.

Mr Šefčovič’s speech, however, seemed to be strongly in favour of new energy sources, stating that the 21st century will not be about reserves of oil, gas or coal. He went further and insisted that being close to the 2020 targets should not create complacency, especially as local solar and biomass power show great potential.

The vision of the European Commission’s Energy Union proposes making Europe a world leader in renewables and energy efficiency, but at the same time emphasises investments undermining that goal.

The Energy Union can therefore be a promising prospect for Romania’s sustainable energy sector if it counterbalances unpredictable government decisions, which have created an inconsistent energy policy, at times contradictory to the National Strategy. Often changing government policies have discouraged small and medium producers to invest further, while foreign companies are losing their interest in further developing wind power in Romania.

Unfortunately, the Energy Union is not as ambitious as Šefčovič’s speech suggested, and the focus remains on fossil fuel resources. The country assessment for Romania (pdf) suggests that the main challenges will be related to gas supplies. This is surprising as, unlike most EU countries, Romania’s dependence on foreign gas is low due to domestic reserves. The country is Europe’s fourth biggest natural gas producer (pdf) (after the Netherlands, Germany and the UK) , and it has the lowest dependence on natural gas in the EU, after net exporters Denmark and the Netherlands. Furthermore, following a decrease in consumption, gas imports from Russia have recently decreased.

However, Mr Šefčovič stated that Romania’s geographic location entails the development of its gas infrastructure, and the same goes for electricity, so that excess amounts could be exported “directly into Europe’s markets, both within and outside the EU”. But it isn’t clear at all where exactly this power will go, as most countries in the region, at least in the western Balkans, see themselves as potential electricity exporters.

The country assessment also states that the Energy Union could provide potential benefits for Romania in Research and Innovation (R&I) towards “low-carbon technology development”. Šefčovič also stressed in his Bucharest speech that technology is easier to export than resources. This is a welcome encouragement from the Commission, as Romania had the lowest expenditure on Research and Development in the European Union since joining in 2007, reaching an all-time low in 2013 of just 0.39%. At the same time, it is still unclear what sort of tools the Energy Union will provide for correcting this situation, and how the funding will compare with the one aimed at the fossil fuel industries.

In conclusion, the European Commission’s vision for the Energy Union in Romania is little more than wishful thinking. The push for renewables, energy efficiency and R&I seems to overlook local realities and offers no ways for changing them. At the same time, although large support was declared for alternative sources of energy, the fossil fuel industry has no reason to worry, as no commitment was made towards an actual change of the current European energy paradigm.