Although the world’s largest steel company, ArcelorMittal continues to receive support by international public finance. Neither does its chequered social and environmental record seem to change the public bank’s proclivity for this specific borrower. 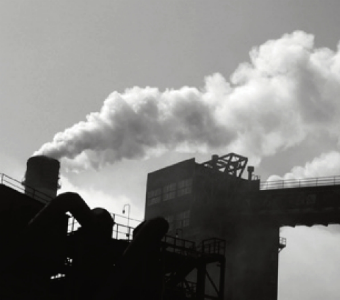 In spite of some alarming headlines, ArcelorMittal seems to be navigating its way quite nicely through the economic downturn. The most recent results for the world’s largest steel company for the last quarter of 2009 show sales of USD 18.6 billion and a profit of USD 1.1 billion. And Lakshmi Mittal, CEO of the company, has just been confirmed as the world’s fifth richest man in 2010.

On top of this, the UK-based NGO Sandbag has identified that ArcelorMittal is set to become the largest beneficiary of the EU Emissions Trading Scheme (pdf) by 2012 the steel giant will have received around 80 million permits which it does not need, and if it sells these permits it will make over GBP 1 billion in windfall profits.

On 21 October 2009 the European Investment Banks board of directors approved a loan to ArcelorMittal worth EUR 250 million for a research and development programme said to be all about bringing environmental added value to the company’s European operations. The company has a very chequered history over the last ten years in its implementation of environmental improvement schemes that have been financed by over half a billion dollars in public loans.

Yet leaving the important environmental issues to one side, couldn’t a company the size of ArcelorMittal be expected to either fund the project out of its own resources or be able to access commercial loans, leaving advantageous EIB funding to companies more in need? And isn’t the EIB supposed to only give loans to finance those projects that cannot be entirely financed by the various means available in European member states?

Frustrated by their dealings with the EIB on these matters, Bankwatch, ClientEarth and Global Action on ArcelorMittal have this week lodged a formal complaint with the Secretary General of the EIB that questions the rigour and ultimate validity of the bank’s pre-loan assessment. Read it here (pdf) and consider the magnetic pull ArcelorMittal seems to have towards public money.