Projects financed by the EIB through secretive intermediary banks destroy 10 km of supposedly protected rivers for only 2 MW of energy. 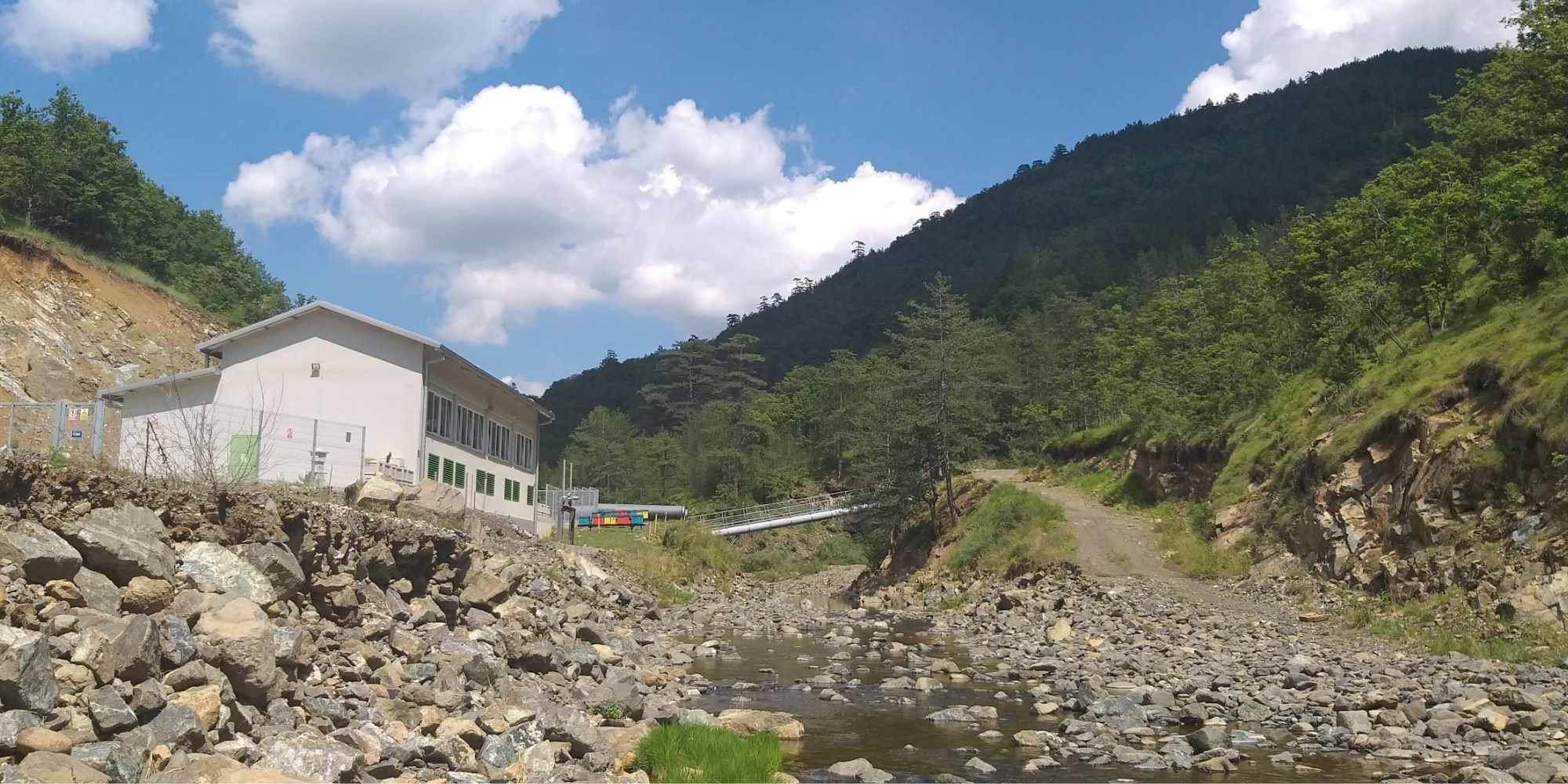 As millions of people around the world celebrate Earth Day, a new case study by Bankwatch and WWF Adria shows that we are still not going in the right direction. The theme of Earth Day 2021 is Restore Our Earth, but the Beli Kamen and Komalj hydropower plants in Serbia show we haven’t even stopped destroying ‘protected’ areas.

Built on the Crni Rzav and Ribnica Rivers in Zlatibor Nature Park, which is also an Emerald site, both plants were financed by the European Investment Bank (EIB) via a loan to the financial intermediary Crédit Agricole Srbija AD. A further plant, Peta, is also planned as part of the same hydropower complex, but has not been built yet.

The EIB, which likes to model itself as the EU’s climate bank, has largely withdrawn from direct financing of destructive dams. But the lack of transparency over investments by intermediary banks has enabled the destruction of many rivers, for example by the Blagoevgradska Bistritsa cascade in Bulgaria and the Ilovac hydropower plant in Croatia.

How do we know if a river is ‘unwell’?

Assessing the impacts of the Beli Kamen and Komalj plants is difficult not only because of the lack of transparency about the projects and the remoteness of the area, but also because many of the problems hydropower plants cause are underwater.

In 2020, WWF Adria organised hydrobiological studies of eight rivers in Serbia with the goal of assessing the environmental impacts of planned or already built hydropower plants. The studies were carried out in line with the EU’s Water Framework Directive, according to which the physical-chemical parameters of water, some very small plants and animals (phytoplankton, phytobenthos, macrophytes, macrozoobenthos) and fish are used to assess water status and quality.

The Beli Kamen plant (1.68 MW) was put into operation in 2016 and the Komalj plant (0.6 MW) in 2018. Beli Kamen has two intakes and two pipelines – one on the Crni Rzav (4.3 kilometres upstream from the powerhouse) and one on Ribnica (2.5 kilometres upstream from the river confluence). Komalj has no separate intakes, but the water used by Beli Kamen goes directly into Komalj’s pipelines, bypassing the Crni Rzav River for an additional 2.4 kilometres. Therefore, a total of 9.2 kilometres of river are seriously impacted.

Hydrobiological studies were carried out by WWF Adria in 3 locations: 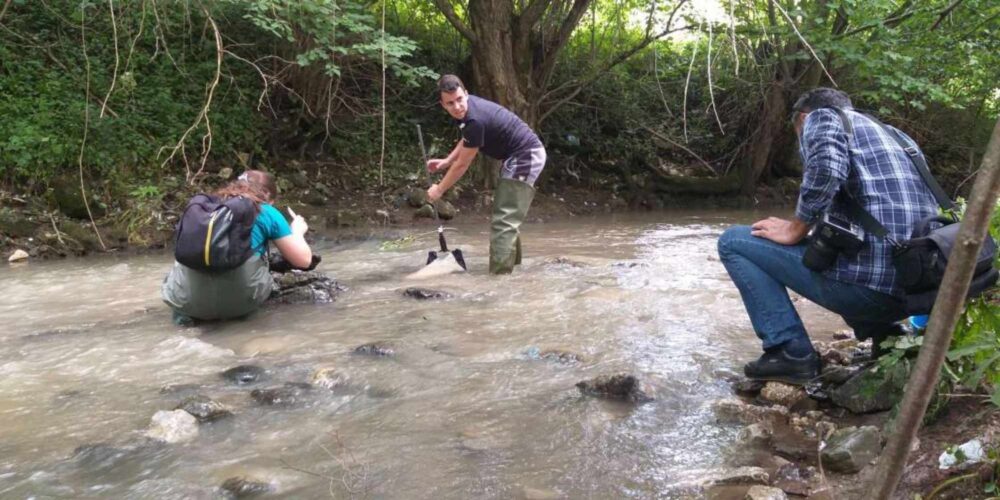 The results proved not only impacts between the intakes and Komalj powerhouse, but also downstream. In total, more than 10 kilometres were destroyed.

Location 2 had much higher temperature and higher values of oxygen concentration and saturation, which is a consequence of low water levels and algal bloom. During times of rapid photosynthesis of algae during the day, the water quickly becomes saturated with oxygen. The surplus oxygen just bubbles out of the water. That leaves no reserve for the system at night when the water organisms need oxygen. After algae die their decomposition leads to poor water quality.

The hydropower cascade very seriously altered the river habitats, as proven by the changes in algae compared to the river stretch not impacted by hydropower (Location 1). The lack of any algae at Location 3 means lack of food and shelter for many aquatic animals. The overgrowth of algae at Location 2 and the change in species composition indicate a totally modified river stretch with stagnant water.

A very important indicator of the impact of hydropower was the disappearance of the stone crayfish (Austropotamobius torrentium). It was found on Crni Rzav in 2018, but not in 2020 when the Komalj plant started operation. The stone crayfish is a priority species for conservation in the EU Habitats Directive and the Bern Convention. It is an indicator of the good status of mountain rivers and is threatened all around Europe by hydropower projects. 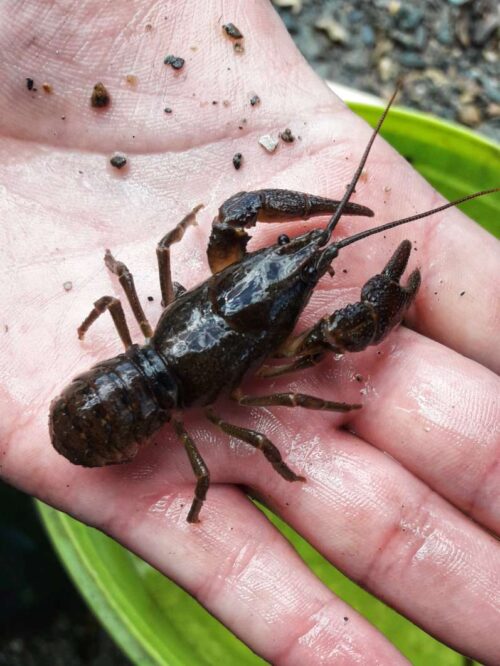 The studies on fish showed that there has been a drastic decline in biomass of fish recorded at Location 3. Below the hydropower plants there were 17 times fewer fish than above. The most significant decline was in the population of Danube barbel (Barbus balcanicus), another protected species by the Habitats Directive and Bern Convention.

The decline is a consequence of habitat fragmentation, changes in the hydromorphological characteristics of the river flow, construction of inadequate fish passes that prevent spawning upstream and variable water levels. The impacts on fish will also have serious consequences on other species that prey on them and are protected in the Zlatibor Nature Park and Emerald site – the otter (Lutra lutra), black stork (Ciconia nigra) and kingfisher (Alcedo atthis). 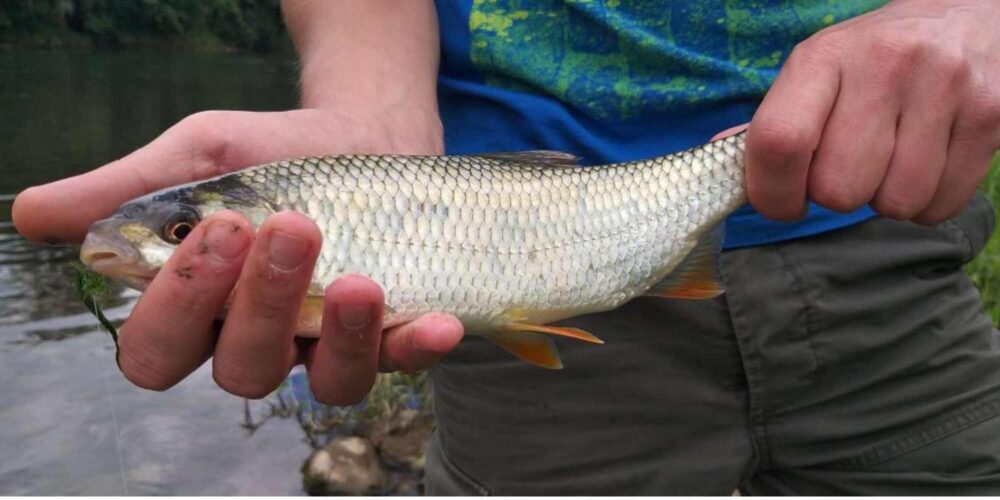 Coming back to Earth Day 2021, it is still possible to ‘restore the Earth’. There is a growing movement, Dam Removal Europe, whose goal is to restore rivers in Europe with natural or cultural importance. It will take time until the Serbian government understands that restoring 10 kilometres of Crni Rzav and Ribnica will bring more benefits than only 2 MW of hydropower. But until then, some urgent action is needed.