The Blagoevgradska Bistritsa hydropower cascade was planned to use only the drinking water of the town of Blagoevgrad. Eight years later, it has used more than double the water allowed, leaving the river ‘even without frogs’. Our latest report shows the need for more scrutiny of EIB and EBRD lending through intermediary banks. 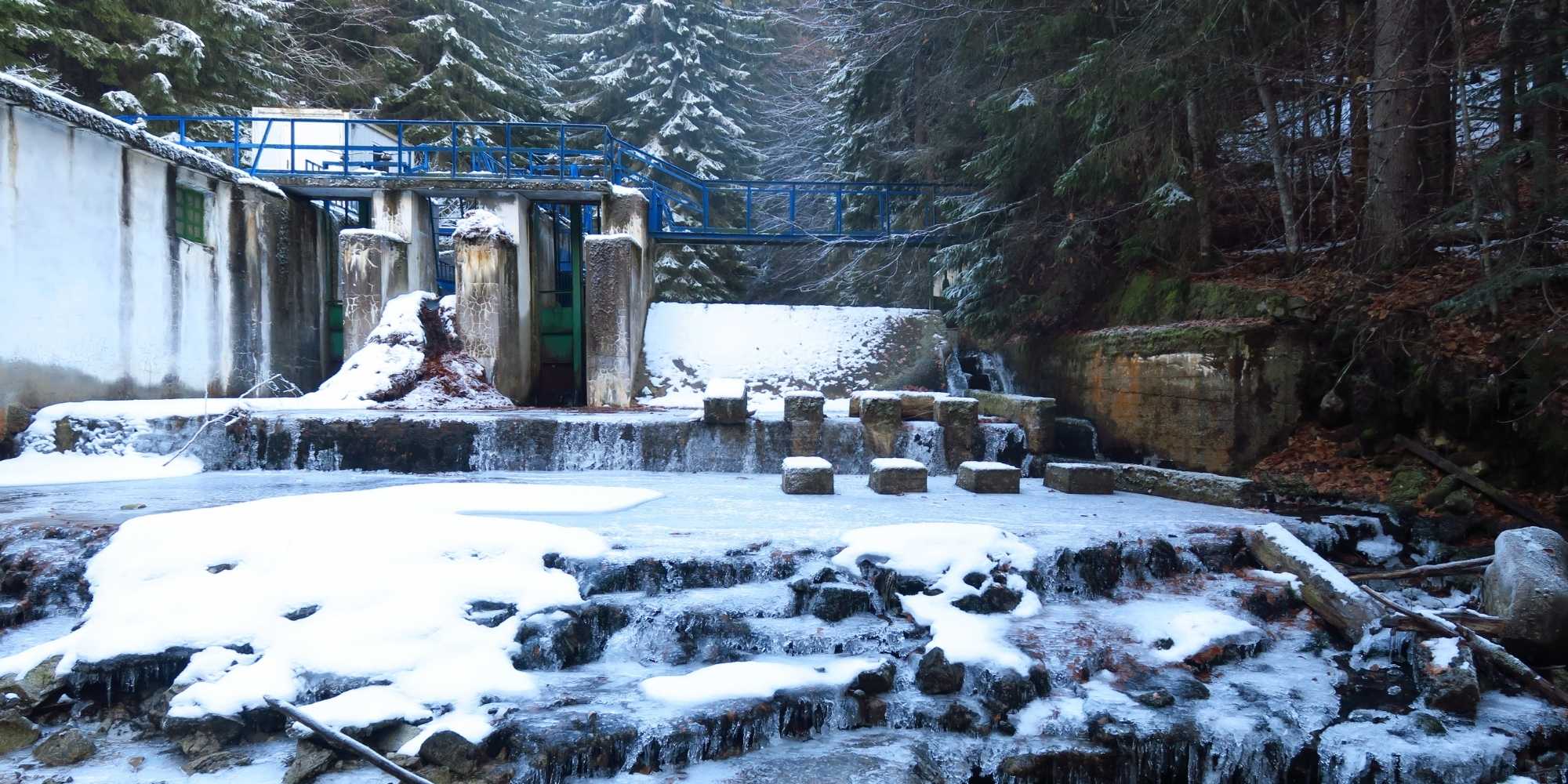 When initially designed, this seemed to be the most sustainable hydropower cascade in Bulgaria. According to the investment proposal submitted by the investor to the Bulgarian authorities, the project aimed at the ‘utilisation of the hydropower potential of the pipeline “Blagoevgradska Bistritsa” at eight points of its length with the goal to construct small hydropower plants’. The plants were going to operate under a ‘subordinate’ regime, meaning that they would produce energy only from the amount of drinking water the town needed, which is already in a pipeline and thus would cause no additional damage to the river.

Funding was provided by the European Bank for Reconstruction and Development (EBRD) and later, after the plant was built, the European Investment Bank (EIB) also supported the project company’s trade receivables. Both banks used a financial intermediary – the commercial bank Allianz Bank Bulgaria PLC. Due to a lack of transparency on the part of the multinational banks, their involvement became public many years later. The affected public could not participate in the project’s approval and raise their concerns in front of the banks.

But three problems should have raised a red flag for the banks. First, the project was planned within protected areas – two water intakes were in Rila National Park and the river flows through another Natura 2000 site. Second, the project was divided into eight pieces when requesting environmental approvals, indicating an attempt to play down its impacts. And third, the company constructing the plant was owned by Grisha Ganchev, ‘a known money launderer and organised crime figure’, according to a cable from the US Embassy in Sofia.

‘No life at all, not even frogs’

Blagoevgradska Bistritsa used to be one of the best rivers for trout fishing in Bulgaria. Local anglers remember catching trout up to 1 kilogram in weight or 50 centimetres long. The river was also a habitat for three protected species at the European level – the otter (Lutra lutra), the stone crayfish (Austropotamobius torrentium) and the endemic Struma barbel (Barbus strumicae).

Right after the construction of the cascade, anglers and farmers noticed severe changes in the river. According to a survey with local people commissioned by Bankwatch in 2020, the whole river between the intakes in the national park and the lowest plant of the cascade was severely impacted. Many people said that they had seen the river completely dry and that in some stretches there was ‘no life at all, not even frogs’. Even below the lowest plant, anglers noticed a lot less wildlife in the river. Farmers also complained that there was no water for irrigation anymore.

Have you seen the Blagoevgradska Bistritsa river fully dry or with low water level?

Fishermen take over monitoring the river, ‘since the authorities do not care at all’

When they realised that they were losing their favourite river, fishermen’s associations from Blagoevgrad and Sofia started regular inspections of the hydropower plants’ operation. The results of 12 field visits since 2015 have been compiled in a public monitoring platform. ‘For every violation of the environmental rules we do our best to fight it, since the authorities do not care at all’, said the founders of the platform. The information gathered was made accessible to the public, the media and the authorities.

The fishermen discovered that at any time of the day, even when the town of Blagoevgrad was barely using drinking water, the cascade was operating at full capacity and the river was dry. The water permits allowed the cascade to use more than twice the water necessary for the town, breaching the environmental permits that said: ‘The exploitation of the hydropower plant would not have its own impact on the water balance of the river’.

In theory, since the plants use the drinking water for the turbines, once the water has passed the last plant, it should continue towards the town. But footage from the cascade’s lowest plant shows a large pipe which discharges water used in the hydropower production process directly back into the river. This proves that the cascade is using additional river water, more than the amount that is carried further for the town’s water consumption. This explains why the river upstream is dry, without fish, otter or crayfish.

What can still be done to save the river?

Because their involvement was not known, the issues could not be addressed to the banks in a timely manner. A response from the EBRD on 21 December 2018 stated:

‘Unfortunately we have not succeeded in retrieving the information for the Projects you were looking for. These Projects are just too old for us to still have active records with operational detail.’

The EIB has admitted in a reply to Bankwatch that:

and suggested we contact the plants’ owner and/or the competent authorities in Bulgaria.

Although the EIB’s financing came at a later stage, in our view the Bank should have undertaken due diligence to ensure its client’s operations complied with environmental law. As public money was used to build the plant and later to support its owner, we cannot accept that the European banks take such a hands-off approach. The EIB and EBRD need to oblige Allianz Bulgaria to engage with the final beneficiary, with the relevant authorities and interested stakeholders in order to remedy the situation.

The water discharge pipe from the lowest plant should be removed, and new fish passes on all intakes should be built to facilitate migration.

How should the banks improve their policies?

The multinational banks use various intermediaries – commercial banks, state development banks and private equity funds – to help reach smaller clients. In 2019 the EBRD’s new environmental and social policy set stricter conditions for financing hydropower projects, including higher transparency of the intermediaries’ projects. The EIB’s 2019 Hydropower Guidelines also set up similar provisions, but it is not clear how they are implemented. The EIB is also reviewing its transparency and environmental policies in 2021.

The EIB and the EBRD need to make their lending through financial intermediaries fully transparent, at least for risky projects such as hydropower plants, so that any concerns can be raised before the damage is done.

For such high-risk intermediary projects, the EIB also needs to be involved in environmental and social appraisal and project monitoring, as its intermediaries clearly are not able to do these tasks adequately.

The EIB also needs to ensure that the provisions for financial intermediaries set in the Hydropower Guidelines are included in loan contracts, while the EBRD needs to keep long-term records on intermediary projects as a basic matter of accountability.