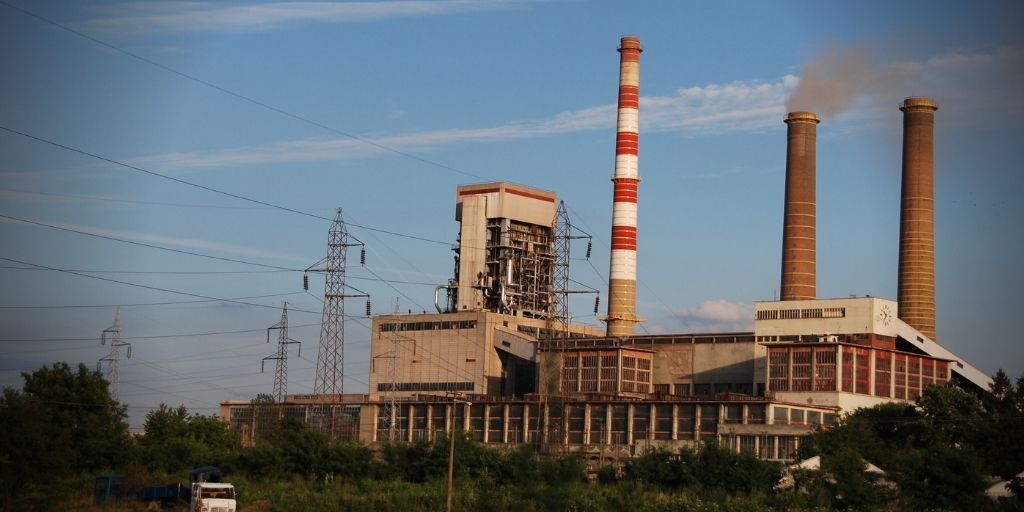 In March 2020 the Serbian Government held early public consultations on the country’s Spatial Plan for 2021-2035. According to its Strategic Environmental Assessment report, the Plan aims to facilitate “the achievement of national objectives of spatial development despite various challenges, including depopulation, urbanization, regional inequalities, rural development, environmental degradation, technical infrastructure and insufficient or unproductive utilization of available territorial capital.”

Therefore, the stated purpose of this 15-year national plan is not to address those challenges, but carry on with the development of various projects in all sectors of the economy despite them.

This approach also explains why measures such as installing desulphurisation equipment and other pollution reduction controls at existing coal power plants are presented as some kind of novel, forward-looking protective measures, even though these have been a legal obligation since the Large Combustion Plants Directive went into force in 2018. In fact, Serbia’s flagrant breach of its obligation to cut power plants’ pollution is currently the subject of an infringement procedure launched by the Energy Community.

A second draft of the Spatial Plan was published in the autumn, without considerable changes, and its Strategic Environmental Assessment (SEA) is currently subject to transboundary consultations. The interested public in Romania has until the 1 July to submit comments.

The way these consultations are held are a far cry from the requirements for effective public consultation in a transboundary procedure. The SEA report is being shared only in English and the actual Spatial Plan has not even been made available to Romanians. The Spatial Plan is de facto, the object of the consultation, so presenting only half of the information  makes the whole process a procedural box-ticking exercise.

That said, the participation of Romanian civil society in the consultations can make a difference because if this plan goes ahead, many of the projects will have serious and irreversible transboundary environmental and health impacts. In the comments it submitted, Bankwatch Romania requests that all fossil fuel based projects are dropped from the Spatial Plan, that sources of mercury pollution in water bodies are monitored and reported in Serbia (because Romania sees high concentrations of mercury in its waters on the border water basins), and that pollution control equipment is operated (where it exists) or installed at existing coal power plants.

In fact, the Strategic Environmental Assessment report itself acknowledges that 10 out of the 39 proposed “solutions” in the Spatial Plan will have negative environmental impacts. The Report describes them, but gives no recommendation for dropping such measures or improving the situation concretely. Some of these so-called solutions for territorial development which were assessed with a serious cumulative negative environmental impact and in conflict with the goals of the SEA are: “safe and reliable supply of coal”, “increasing the production of energy from liquid and gaseous energy minerals and geothermal energy”; “development of coal exploitation in Kolubara and Kostolac basins”, “construction of new thermal capacities” and “reconstruction and construction of small hydro power plants”.

It is clear as daylight that all these projects are not only openly at odds with the SEA’s goals, they also run counter to Serbia’s commitments under the Paris Agreement and the Green Agenda for the Western Balkans. These projects are also nowhere in line with the EU’s 2050 decarbonisation ambition, considering Serbia aims to be an EU member by that time.

The Energy Community is about introduce new air quality acquis. Yet, as the Spatial Plan makes clear, the Serbian government is planning to expand the country’s lignite generation capacity to the point of far outweighing the capacities of power plants slated for closure. The Plan shows no intention to tackle the issue of air pollution and neighbouring countries are going to pay the price, alongside Serbian communities.

A first-of-its-kind modelling of SO2, NOx and dust pollution found coal power plants in the Western Balkans are behind an annual public cost of approximately EUR 3 billion. It also found pollution from these plants is responsible for 3906 premature deaths in Europe every year,  and 2308 of them were attributed to Serbian plants alone.

According to this study, Romania was the EU neighbour most impacted, with an annual burden on the public budget estimated between EUR 0.5 – 1.1 billion, and 380 premature deaths – 198 of them linked to coal-fired power plants in Serbia.

The situation has not significantly improved since 2016. The Kostolac B de-sulphurisation project, the only one that has been finalised so far, has hardly ever worked. In fact, emissions of some pollutants have been on the rise in Serbia, and, as Bankwatch’s atmospheric modelling has already shown, they can travel thousands of kilometres beyond Serbia’s borders.

In the absence of tangible measures and actions that will reduce the transboundary impacts of Serbia’s energy sector, it is our request that the SEA report is not given the green light by the Romanian Ministry of Environment, and it is our hope that many civil society groups will join our call.