A new report by the Belgrade-based NGO CRTA shows that the Serbian government is supporting the Kostolac coal power plant and mines with loan guarantees and potentially VAT exemptions. Propping up the already dominant coal sector, however, will likely further increase Serbia’s vulnerability to extreme weather events. Increasing Serbia’s energy efficiency and renewables generation would be the wiser choice. 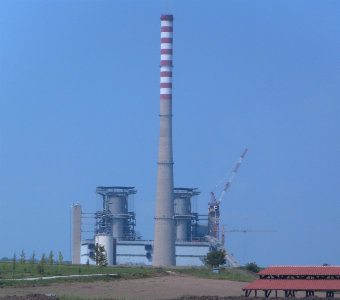 Since 2006 when the Energy Community was founded and its member countries committed to adhere to EU legislation on state aid, the Serbian government has provided several forms of support for the Kostolac lignite power plant and mines company, part of state company Elektroprivreda Srbije (EPS), and is now planning to provide further support by approving loan guarantees in the National Assembly for the construction of the 350 MW Kostolac unit B3.

The state support for Kostolac outlined in the new report (pdf) is just one example of how Serbian state authorities are systematically propping up an already almighty coal industry. If plans for a new energy strategy for Serbia are anything to go by (discussions are ongoing about the blueprint for the energy sector for the period 2015-2025), Serbian authorities also plan to continue with this kind of support for the dirtiest of fossil fuels into the next decade.

On a path prone to disaster

Serbia, as a member of the Energy Community, has committed to abide by the EU’s complex rules on subsidies and it is not yet clear whether the support outlined above is in line with these. But in any case, as a candidate country for EU accession and a member of the Energy Community, Serbia needs to increase its energy efficiency and reach a renewable energy target of 27 percent by 2020. This implies a decrease in the percentage of coal in the energy mix.

But these are not the only reasons to pursue such a path. Serbia, like all of south east Europe, is vulnerable to natural disasters, including those exacerbated by climate change such as floods, heat waves, cold waves, droughts and forest fires. This May’s tragic floods – which claimed at least 51 lives and led to the evacuation of nearly 30,000 people from flooded towns and villages in Serbia alone – propelled the issue into the global headlines, but extreme weather events have been increasing in frequency for years already.

With each disaster costing huge amounts of money to clear up, Serbia, like other countries in the region, needs to be quicker in recognising its self-interest in slowing climate change and making its infrastructure more resilient to extreme weather events.

In this respect, lignite power stations are problematic in both cause and effect. On one hand, coal is the biggest contributor to climate change (IEA, pdf). At the same time, coal power plants are vulnerable to extreme weather, as the recent Serbian floods showed, in which two pits of the Kolubara open cast lignite mines were completely flooded – with estimated costs of EUR 100 million – and electricity generation was cut by 40 percent at the height of the floods. While a mammoth effort to stop the Kostolac B plant from being flooded was ultimately successful, here too it was a close shave and could easily have resulted in generation capacity being shut down.

At the other end of the scale, coal power generation is also extremely water-intensive and – like hydropower and nuclear – vulnerable to drought. Some countries have started to recognise this problem (pdf) however in south east Europe the discussion so far on drought has centred almost exclusively on hydropower.

The positive flip-side is that non-hydropower renewable energy is both a climate change mitigation tool and an adaptation one, since it is decentralised and with the exception of biomass has no CO2 emissions during operation, and energy efficiency measures are better still. Yet Serbia, along with its neighbours, consistently treats these as a side salad rather than the main dish.

After the recent floods it is high time for Serbia to think again about its energy strategy – a new one of which is currently in its draft stages – and avoid tragedies recurring again in the future. But as money often ends up being the defining factor in what goes ahead and what doesn’t, CRTA’s new report (pdf) gives every reason to re-think state support for the coal sector whether or not Serbia opens up its draft energy strategy for discussion again.