Poland’s government is hasting to adopt liberal shale gas legislation. It tries to avoid any interference by factually excluding local opposition movements and by pre-empting the development of an EU wide framework on unconventional fossil fuels. 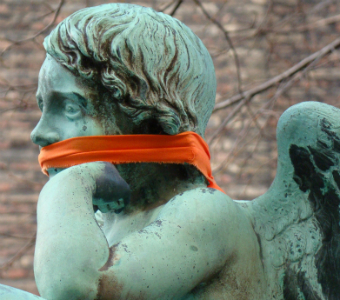 Amid the excitement about a European shale gas boom – that sooner or later will also get international public lenders interested – critical voices and any opposition to the controversial “fracking” technology are a thorn in the sides of governments dreaming of an end to the dependence on Russian gas and energy firms dreaming of a shale gas bonanza.

In Poland, where almost one third of the land area is subject to exploratory drilling licences, the government apparently wants to avoid any interference in the exploitation of the already “dwindling” reserves (so far every new estimation of the size of shale gas deposits has been a downward correction of earlier figures).

All short-term local protest movements are simply and by decree rejected as a bunch of opportunistic racketeers. This is the Polish environment ministry speaking!

Firstly, the Polish government seems adamant to ensure shale gas investors a minimum of regulation rushing on with new rules on hydrocarbon extraction before the European Commission can finalise a regulatory framework for the extraction of unconventional fossil fuels in Europe.

The proposed law prescribes only very liberal rules for exploratory works, not taking standard environmental safeguards into account. More precisely, the law would allow exploratory drilling without environmental impact assessments even though such activities result in the same types, extent and intensity of environmental impacts as the actual exploitation. And All the while Poland has delayed the nationalisation of Europe’s Renewable Energy Directive so long that it is being taken to court for it.

Secondly, while quarrels between Warsaw and Brussels are not unexpected, even Polish citizens are being treated as a nuisance rather than legitimate stakeholders when it comes to the energy sector.

Among the most disturbing aspects of the mentioned law is the attempt to shut out local initiatives from public consultations. Environmental organisations would only be allowed to participate in administrative procedures if they were active in the field of environmental protection and nature conservation during at least 12 months before the administrative procedures began.

In practice this means that organisations formed specifically in reaction to newly planned investments (such as shale gas exploration works) would be excluded from the decision making processes concerning these same investments. Worse even, if a procedure lasts for some time already the required timeframe of being active can be prolonged to an absurd dozen years or so.

This is yet another attack (see an older example here) on Poland’s civil society and an attempt to limit its ability to influence our country’s energy policy. Shale gas exploration, open pit mines and similar endeavours obviously lead to opposition on a local level. Communities and villagers that fear health, environmental and geological impacts often quickly and spontaneously organise to protect their homes and themselves – like in Zamojszczyzna, where Chevron had started exploratory drillings.

The reason brought forward by the Polish Ministry of the Environment illustrates the impossible bigotry that environmentalists have to face in Poland:

“Sometimes in Poland people set up an environmental organisation, but only in the name. Just because they want to make some kind of business, and say we will stop your investment because we will sit in the court for years and you will never do your job, until you do this or that.” (Source: RTCC)

All short-term local protest movements are simply and by decree rejected as a bunch of opportunistic racketeers. This is the Polish environment ministry speaking!

The doubts surrounding shale gas exploitation in Europe are still extensive and range from the obvious environmental dangers to the fundamental question whether shale gas is at all economically viable in Europe.

Poland is rushing to create new, liberal legislation regarding the exploitation of shale gas. But haste makes waste. We could avoid some far reaching mistakes by waiting for the finalisation of the EU’s “Environmental, Climate and Energy Assessment Framework to Enable Safe and Secure Unconventional Hydrocarbon Extraction”. That way we could use the experience and knowledge of other EU member states regarding hydraulic fracturing. We could avoid amending our law yet again when European legislation is put in place.

Instead, Poland is again putting profit before people. And by trying to silence legitimate concerns early on, the Polish government yet again proves just how bad our country is for the environment and for its own citizens.