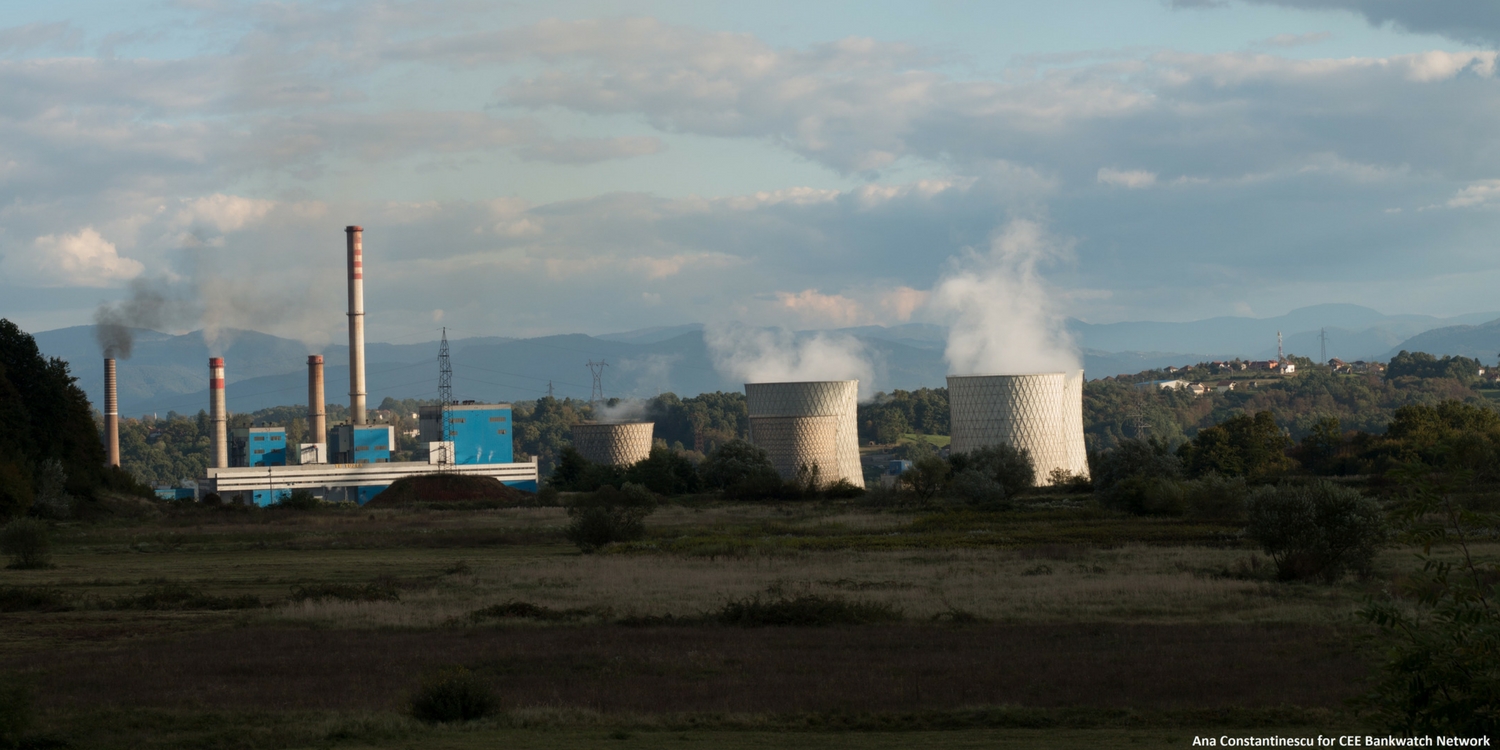 Unit 7 at the Tuzla lignite power plant in Bosnia-Herzegovina is set to be constructed by China's Gezhouba Group and Guangdong Electric Power Design.

As the EU-China summit kicks off today, all eyes are watching the EU’s and China’s leaked reaction to a possible US withdrawal from the Paris Agreement. With a gaping void where US climate leadership used to be, there is both an urgent need and an opportunity for the EU and China to step in to fill the gap and ramp up their climate action.

Both the EU and China have done much to tackle carbon emissions: The EU, as well as setting emissions reductions targets, is starting to phase out the use of coal for power generation and is aiming for an almost fully decarbonised energy system by 2050. In 2013, its house bank, the European Investment Bank, virtually excluded financing for coal plants.

China has announced the closure of around 1000 coal mines and a three-year ban on opening new ones, as well as stopping the construction of over 100 new coal power plants with over120 GW capacity. Its coal use appears to have peaked in 2013, leading to drops in greenhouse gas emissions.

However neither the EU nor China – along with many other countries – has yet done enough. The latest UNEP Emissions Gap report calculates that the world is on track for at least 3 degrees celsius warming by 2100, compared to the Paris Agreement’s aim of limiting climate change to 1.5 degrees.

And one of the areas where both the EU and China need to rapidly step up their action is on the EU’s doorstep, in the Balkans, as we explain in a new briefing published today.

At least six new coal power plants – which would not be financed by Western international financial institutions – could be built in Serbia, Bosnia-Herzegovina, Montenegro and even within the EU, in Romania, financed by low-interest loans from Chinese state banks. This is part of a wider trend of Chinese financing of coal plants worldwide.

No new fossil fuel power plants can be built globally at all if the aims of the Paris Agreement are to be reached, according to research by Oxford University. This includes not only coal, which in 2014 was responsible for around 46 percent of global CO2 emissions from fuel combustion, but also gas.

But new coal plants on the EU’s doorstep are particularly alarming, as they threaten to undermine the EU’s climate and energy policy as the countries enter the EU and start to influence its policies.

The EU has a chance to influence such investments through the EU accession process and the Energy Community Treaty. Both of these require the Balkan countries to gradually comply with EU energy, environment and competition rules. These, together with low electricity wholesale prices, have contributed to squeezing out new coal plants within the EU and should be doing the same in the Balkans. But in recent years the European Commission has concentrated on other issues and has been slow to make sure environmental and state aid rules are strengthened and enforced.

The way forward depends on joint action. China can have the quickest and most decisive short-term impact by refusing to finance coal plants in the Balkans and more widely making sure that its international financing is brought into line with its impressive progress in tackling carbon emissions and air pollution on the domestic level. At the same time, the EU needs to show the Balkan countries that it is serious about their accession into the EU if they are willing to accept its policies and standards.

Together, these moves could contribute to a relatively rapid transformation of the energy system in a region with a relatively small population and high potential for wind, solar and energy savings – but only if the EU and China act quickly. Failing this, another four decades or so of coal lock-in and policy headaches for the EU beckons.