Home > Blog entry > Tragedy or comedy, what is the Nabucco pipeline really? 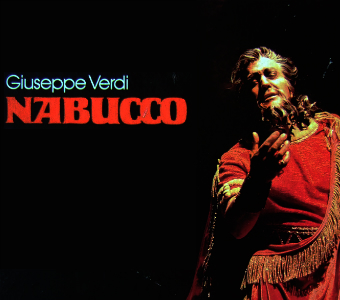 During the past couple of years, discussions over the mega Nabucco gas pipeline, meant to transport natural gas from the Capsian sea via the Caucasus and Turkey into Europe, evoke more associations with an opera than an international infrastructure project. “Work on Nabucco is about to start!”, “Nabucco is dead!”, we’ve heard it all. And still there’s always something new to say, for example that German shareholder RWE is now reconsidering its involvement in the project.

So maybe the new year will show what Nabucco, furiously defended by EU Energy Commissioner Gunther Oettinger and by numerous governments, really is: a tragedy or a comedy?

If you ask me, more than anything, Nabucco is a farce. And here’s why:

Gas suppliers or investors, who gives up first?

A well known cause of doubt over the feasibility of Nabucco is the lack of guaranteed gas supply to fill the pipeline. Supplier countries are interested in diversifying their export routes and therefore hesitate to sign final agreements over the enormous quantities of gas needed by the pipeline. (Azerbaijan for instance has at least five pipelines lined up for its Shah Deniz II gas fields. BP, part owner of the field, is not part of Nabucco and logically favours its own pipeline project.)

Willingness to send gas to Nabucco might be stronger if the project’s financial backbone would stand firm, but investors and public banks are equally reluctant to commit without secured gas supply, because lack of gas would render the project economic nonsense. In fact, for now, that’s exactly the case.

The situation is like a text book prisoner’s dilemma: no side can trust the other, hence no one commits to cooperation. Sooner or later the involved parties have to realise there’s no win-win situation here. Maybe RWE will be the first, who knows, or maybe the Kurdish regional government, one of the potential suppliers.

Exploding costs (but not officially!)

Another serious obstacle is the sheer size of construction costs. While the Nabucco consortium’s official sum is 7.9 billion euros, BP estimated 14 billion euro. Sure, BP is an opponent of Nabucco and interested in making it seem more expensive. But then again, a recalculation of the production costs, promised by the Nabucco consortium a long time ago, has never appeared.

Finally, in October last year, Hungarian Minister of National Development Tamas Fellegi declared that the pipeline could cost as much as 24-26 billion euro, making Nabucco the world’s most expensive gas pipeline. (The consortium denied but didn’t reveal their own calculation.)

The Hungarian government and the (partially state-owned) energy company MOL have long been champions of the Nabucco cause (and are known to get along very well with each other). No wonder that after the statement on Nabucco’s costs by Fellegi last year, the Hungarian government must have thought it necessary to balance such detrimental news about the pipeline project.

This, in fact, may have been behind Hungarian president Pal Schmitt’s Caucasian business trip last November. The president visited Azerbaijan, Turkmenistan and Uzbekistan having friendly meetings with these countries’ tainted leaders. The president of course did not go alone but was accompanied by businessmen, among them MOL representatives, seemingly there to further negotiate supplies for Nabucco.

Celebrating the Turkmen visit, the president’s official webpage stated rather vaguely that a free Turkmenistan has an important role in creating peace, security and stability in the region (Hungarian). (More details from the trip (list of participants, agreements signed, etc.) have not been published.) Turkmen leader Gurbanguly Berdimuhamedow, in his turn, sounded more pragmatic: he declared that the focus of the talks with the Hungarians was European energy supply and Turkmenistan’s need to diversify energy exports away from its Soviet-era master Russia to Europe, China and Iran.

How committed are European public banks?

Several international financial institutions have indicated their willingness to finance the Nabucco pipeline with combined up to 4 billion euros, among them the European Investment Bank (EIB) (2bn alone), the European Bank for Reconstruction and Development (EBRD) and the International Finance Corporation (IFC).

Just a couple of weeks ago, the EIB Board of Director’s had its first ever meeting with civil society groups. There we learnt that the EIB is always looking for ways to create win-win situations and contribute to a zero carbon society through improved energy efficiency and renewable energy use.

The EIB seems to consider Nabucco – a gas pipeline! – as a part of this win-win scenario. To me, nothing could be further from the truth. Nabucco is actually “lose-lose” if you will: It not only poses serious threats to the environment and well-being of people in communities nearby its drilling sites and routes, it is also extremely costly and it will foremost take valuable resources away from truly sustainable projects.

Irrespective of the Nabucco’s economic viability, if the project will benefit anyone it will mostly be the companies in the consortium and the authoritarian leaders in supplier countries.

As for us in Europe, we will be locked in a fossil fuel dependant future. That, after all, would be a tragedy.

Read more detailed arguments against the Nabucco gas pipeline on our website.