Bankwatch research co-ordinator Pippa Gallop discusses the European Bank for Reconstruction and Development’s draft public information policy and how the bank has come to a standstill with improving its transparency rules. 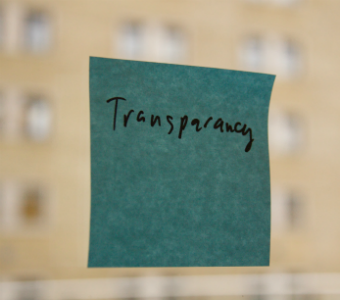 Keeping the public informed about its investments is (or should be) important for any public institution, including the European Bank for Reconstruction and Development (EBRD). For one, the tax payers in the EBRD’s shareholder countries might want to learn about the impacts of “their” bank’s activities. But even more importantly, there are usually people directly affected by the investments.

Let’s say, for instance, a heavily polluting factory receives a loan for environmental and energy efficiency improvements – a positive project, with local people potentially benefiting. But shouldn’t the people working in that factory, their families and the people living in the area be able to follow the progress of the project – if necessary supported by civil society organisations? Should the EBRD not inform the public about which measures have been taken and whether and how effective they were in reducing pollution? What if the factory’s production and pollution has actually increased?

This may seem like common sense to many people, and would help the bank to convince stakeholders that it is effective in its work. Yet neither the EBRD’s existing public information policy (PIP), which is currently under review, nor its new draft strategy, obliges the bank to release such information.

The theory is that the bank will encourage its client companies and governments to improve their practices by requiring them to release information to the public themselves. Nice idea – the problem is, it often doesn’t work. And surprisingly for an institution that holds the money bag, the EBRD appears not to have sufficient tools for making sure that clients do release clear environmental data that enables affected people to see if the situation is improving or not.

Having experienced these problems first hand, when the EBRD asked for initial input to the review of its Public Information Policy in the shape of comments on the existing policy, Bankwatch had plenty of suggestions (pdf) to make. After the bank hardly incorporated any of them into the new policy draft, we also recently joined forces with Article 19 to send comments on behalf of the Global Transparency Initiative.

Both sets of comments draw attention to an old problem: Despite its declared principles of openness, the draft policy refers excessively to confidentiality rather than public interest.

The EBRD first and foremost needs to incorporate the Aarhus Convention into its activities. The convention, ratified by the European Union and many of the EBRD’s countries of operation, establishes that state institutions are not only obliged to disclose environmental information, but also to involve the public “early and effectively” in plans and programmes relating to the environment, at a stage when all options are still open. Incorporating the Aarhus principles would ensure that the EBRD discloses the social and environmental obligations of the client and the environmental results of the projects.

Another concern is also the EBRD’s financial intermediary investments, i.e. funding disbursed to commercial banks, who then lend out the funds to reach smaller companies than the EBRD could reach on its own. Although these investments constitute up to one third of the EBRD’s portfolio, their performance is subject to virtually no public scrutiny – a situation which the public information policy should finally remedy.

Finally, if the EBRD is to be a beacon of democracy and transparency in a region that could desperately use one, it needs to become radically more open about which of its Executive Directors vote for which project and on the basis of what information.

This is not the first time Bankwatch and other organisations have made these and other suggestions to improve the EBRD’s public information policy. We continue to urge the bank to review all of the comments of civil society and, based on the principle of openness, further extend the PIP to better reflect the needs of the public the bank aims to serve.