Home > Blog entry > When will the European Ombudsman’s decision on export credits come to pass?

Commission president Ursula von der Leyen has clearly expressed political will to focus on climate and sustainability in EU finance and policy coherence. The announcement of the European Green Deal is a chance to make good on leading sustainability a substantial portion of European public finance: export credits. 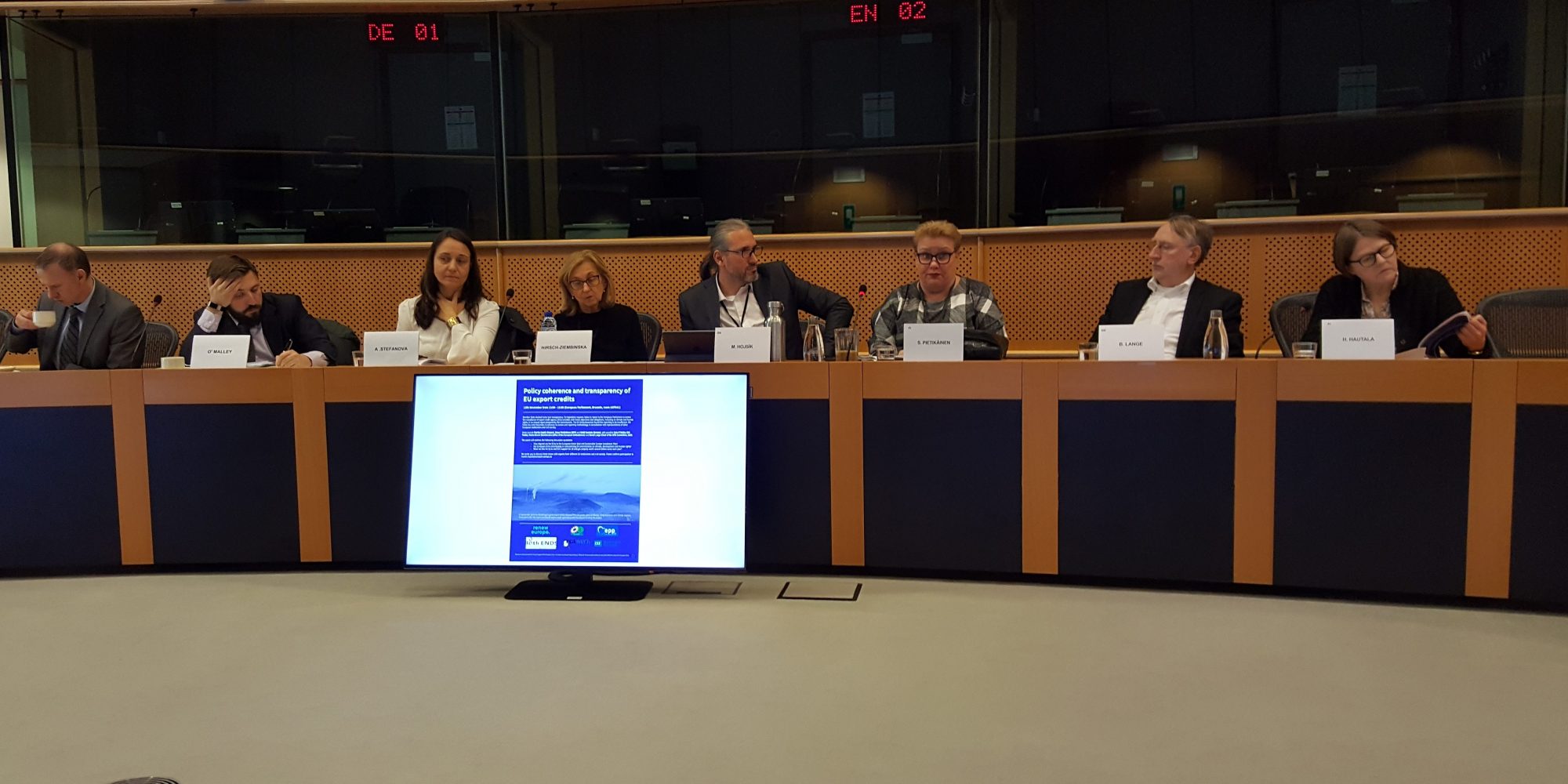 Panel discussion at the European Parliament regarding the need for more oversight of export . credit agencies

Export credit agencies (ECAs) enable governments to support national companies and do business abroad, particularly in financially- and politically-risky parts of the developing world. According to statistics by the Berne Union – the most important association of ECAs globally – export and investment insurance by its members totaled approximately USD 1.1 trillion globally in 2018. This makes global ECAs much larger than many multilateral development banks and shows the significant role that these financial institutions play in shaping the global economy.

In December 2019, European Ombudswoman will review the steps taken by the European Commission towards meeting its recommendations regarding ECAs. Together with the newly appointed Commission and Parliament, there is space to improve transparency (to the public and within Regulation 1233/2011), begin qualitative reporting that will enable a proper analysis of performance and ensure that ECA policies are coherent with climate, environment and the human rights’ policies of the EU.

To this end, member of ECA Watch initiated a panel discussion in November 2019 with four MEPs – Martin Hojsik (Renew), Sirpa Pietikainen (EPP), Heidi Hautala (Greens) and Bern Lange (Chair of the INTA Committee, S&D). The panel was attended by representatives of DG Trade and the European Ombudsman and addressed mainly issues relating to the implementation of the Ombudsman’s recommendation regarding the need to improve ECA reporting.

The panel concluded that MEPs should undertake the following in order to contribute to the decarbonisation of ECAs:

It is clear that the introduction of functional and transparent mechanisms that effectively monitor the activities of ECAs and their coherence with national policies to meet environmental commitments will require greater participation by all stakeholders.

Only in this way will the role of the Commission and the Parliament as its governing and supervisory be effective and help push out the dubious double-speak from European environmental discourse.