Without proper funding and the removal of administrative and legal barriers, community energy will remain an unattainable goal. 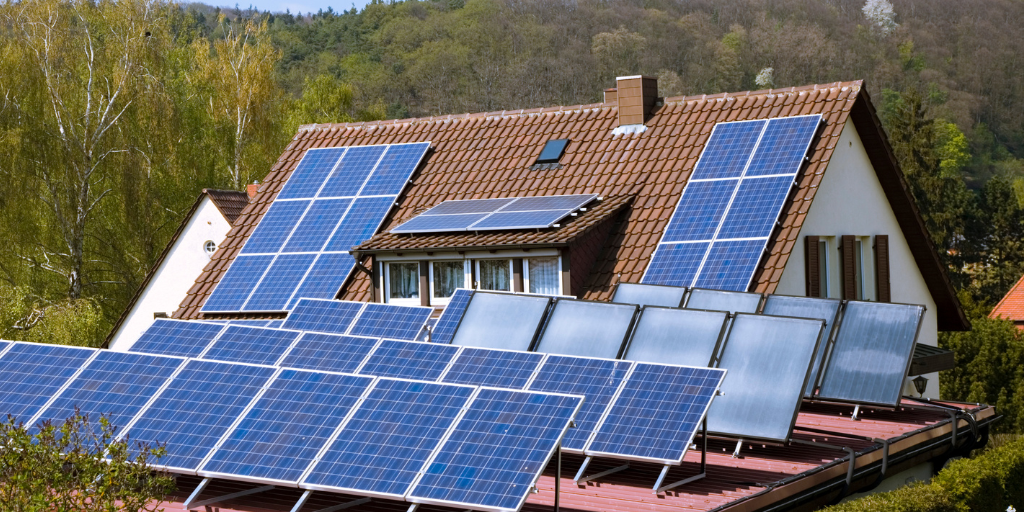 The idea of a decentralised, renewable-based energy system in Europe has been gradually receiving more and more attention, leading to official legal recognition of energy communities at the EU level. The Clean Energy Package, adopted in 2019, for the first time acknowledged the important role of citizens in the energy transition by introducing the concept of energy communities into legislation. More recently, the REPowerEU plan and more specifically the Solar Strategy have further confirmed the relevance of these collective initiatives around renewables, which could help speed up the deployment of solar energy in Europe and allow the EU to reach its 2030 and 2050 climate targets.

Having recognised the growing potential and importance of such initiatives, CEE Bankwatch Network has joined forces with REScoop.eu (the European Federation of Citizen Energy Cooperatives). The goal of this collaboration, which has already resulted in several joint activities, is to strengthen the support from EU funds for energy communities and raise awareness on the topic.

One of the most important aspects of our cooperation is the continuous monitoring of EU funds. We’ve looked at allocations for energy communities in the cohesion policy and the Recovery and Resilience Facility, but for the moment, as the preparation of the operational programmes is ongoing, we’re concentrating our efforts exclusively on the cohesion policy.

During our analysis, we examined whether and to what extent operational programmes in eight different countries envisage support for the development of energy communities. The situation varies, but across the board there’s little being done to develop the energy community movement in the region, since there is no real legislative framework in place and support structures are lacking.

Based on our analysis, we categorised Member States into three categories according to how well their operational programmes support energy communities.

1. Lack of any support for or mention of energy communities in the operational programmes

Recommendations: Remove administrative and legal barriers to the development of energy cooperatives. In the operational programmes, include a strategy for network development through things like one-stop shops, raising awareness, training programmes and capacity-building activities.

Latvia recognised the role of energy communities in its operational programme, yet the proper understanding of the concept is still lacking. The main concern is the fact that the support is planned for renewable energy sources of capacity minimum 1MW, which is an industrial, profit–generating level.

Recommendations: Recognise the role of energy communities through their inclusion in operational programmes that omit any support for such initiatives. Pass necessary legislation at the national level that would enable the development of energy communities in the Czech Republic and Poland. Improve the definition of energy communities and especially its purpose so it could be dedicated to social and environmental benefits, rather than financial profits.

3. Support planned, but with limited strategy for the development of energy communities

In Hungary, energy communities are mentioned in three operational programmes, but there is no budget specifically earmarked for these initiatives. There are still risks concerning the flexibility of access to funding, and the scope of eligible activities is neither broad enough, nor does it cover sectors such as energy efficiency services, e-mobility or energy poverty.

In Slovakia, the national operational programme mentions communities generating renewable energy and includes a strategic approach for regional decarbonisation capacities, although a concrete strategy for their development is still lacking.

Recommendations: Remove legislative and administrative barriers for energy communities and establish a strategy for network development through things like one-stop shops, raising awareness, training programmes and capacity-building activities. Expand the eligible scope of activities to include energy efficiency services, e-mobility or energy poverty.

For more detailed information on the operational programmes in all of the aforementioned countries, see our recent assessments.

All eyes on the managing authorities

In an attempt to address some of the problems in regard to energy communities observed in the operational programmes, such as the need to improve their funding, CEE Bankwatch Network and REScoop.eu published a brief explainer for authorities responsible for the management and implementation of operational programmes. It explains the concept of energy communities and their wide range of benefits, as well as providing insight into how their development can be supported at both national and local levels.

As a follow-up to this publication, we also organised an online workshop for managing authorities. This focused on financing programmes and a guidance on how to use already existing schemes to support the development of energy communities with a special emphasis on the cohesion policy.

This webinar aimed to introduce the definition of energy communities and the potential forms they might take, as well as to encourage support for their financing. It was also an opportunity for participants to share the state of play of cohesion programming in their country, as well to discuss the key drivers for the development of energy communities and the barriers they face.

The keynote speaker, Mathieu Fichter from DG REGIO, emphasised the importance of using existing technical assistance like the EU’s Energy Communities Repository, which offers various forms of support adjusted to the different needs of applicants. He also underlined the great potential for the use of territorial cooperation programmes (Interreg) for cross-border energy communities.

The lack of transposition of EU directives at the national level was often mentioned as one of the prevailing issues in the region. This creates a huge legislative and administrative barrier for energy communities to overcome.

Furthermore, participants underlined that people are reluctant and even afraid to be the pioneers of such projects in countries without any energy communities. There is also a lack of awareness of how energy communities work, how they can be established, and what their benefits are. On top of that, the lack of practical capacity and a dearth of real experts hinders the development of such initiatives.

The real potential of energy communities remains mainly in the hands of national authorities; the future of this movement depends on how the directives are transposed and implemented at the national level. Unfortunately, most of the Member States in central and eastern Europe have missed the deadline for the transposition, failed to build a legal framework and neglected to provide the necessary governmental support for the development of energy communities.

A clear picture of these omissions is explained in detail in the transposition tracker maintained by REScoop.eu.

Improving the predictability of the legal environment and providing support for pilot community energy projects are among the most important recommendations on how to improve the transposition of the EU directives. To find out more about what Member States should do to develop the Europe-wide potential of citizen-owned energy projects, see the results from the workshop organised in June 2022 in Budapest by MTVSZ-Friends of the Earth Hungary, CAN Europe and Centre for Transport and Energy Czechia.