Brussels, for immediate release – A vote today by the Parliament on the future European Regional Development Fund (ERDF) and Cohesion Funds for 2021-2027 opens the possibilities for continued funding of fossil fuels, in spite of the EU’s obligations to reduce greenhouse gases under the Paris Agreement and its net-zero emissions Long Term Strategy. 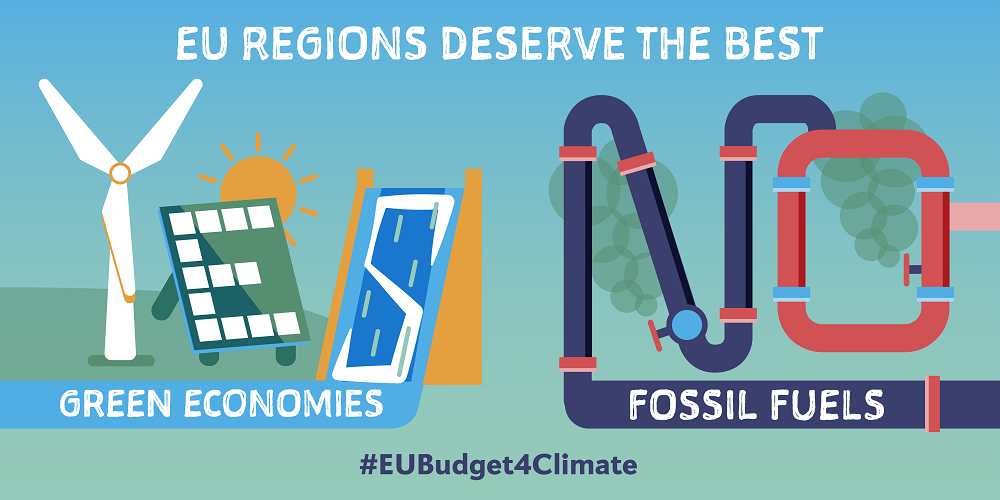 Climate Action Network (CAN) Europe and CEE Bankwatch Network have criticised the outcome in the Regional Development committee, which undermines a vote from the previous day on the Common Provisions Regulation that prohibited Cohesion Funds being allocated for the most polluting forms of energy.

The Regional Development committee voted to amend the European Commission’s proposal from May 2018 on the ERDF which initially excluded funding for projects with heavy environmental impacts, such as waste incinerators and landfills, fossil fuels infrastructure and regional airports.

The amended report voted by the REGI committee also called for no increase in funding under the so-called thematic concentration in Policy Objective 2, a key piece of legislation that earmarks money for green projects. At the same time the range of measures eligible for funding under this objective has been expanded, watering down the original intent to fund a ‘green, low-carbon transition’.

“The Parliament has failed to follow suit and show that EU funds are committed to delivering for the climate in the regions that need support the most. Everybody involved in how EU funds are spent – managing authorities, investors and local partners – needs a clear signal about what is and is not eligible for funding, and the ERDF vote muddies the waters.”

“The silver lining is that Parliamentarians can still reverse course in March, when the report is being voted by the plenary in Strasbourg. MEPs that are genuinely committed to EU ambitions on climate action could still overturn this unfortunate detour. ” [1]

“Members of the committee today proved a lack of economic foresight. Allowing fossil fuels investments in future Cohesion Policy funding will lock EU’s regions into high-carbon dependency for decades. Slowing down the transition to net-zero emission economies will be costly in the end as EU citizens will have to pay for the missed opportunities in green jobs and modernisation of energy, transport and housing.”

[1] The plenary vote will probably take place on 27 March.