The European Investment Bank (EIB) and the European Bank for Reconstruction and Development (EBRD) are ranked 16th and 17th respectively out of 17 multilateral organisations on the 2014 Aid Transparency Index (ATI) which is published today. The transparency index comes at a momentous time for the EIB as the institution is currently reviewing its transparency policy and NGOs fear that the ‘EU bank’ is preparing to further downgrade its transparency requirements. 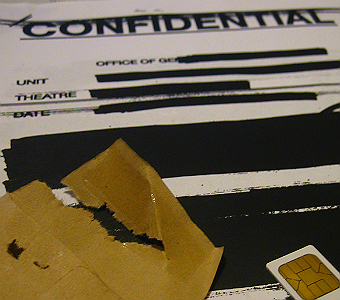 The European Investment Bank (EIB) and the European Bank for Reconstruction and Development (EBRD) are ranked 16th and 17th respectively out of 17 multilateral organisations on the 2014 Aid Transparency Index (ATI) which is published today. The transparency index comes at a momentous time for the EIB as the institution is currently reviewing its transparency policy and NGOs fear that the ‘EU bank’ is preparing to further downgrade its transparency requirements.

Today aid watchdog Publish What You Fund (PWYF) published its yearly transparency chart for the 4th time, ranking all important aid donors worldwide according to how transparent they are about their funding.

Out of the total 68 institutions assessed by PWYF (out of which only 17 are multilateral organisations, others include aid organisation or governmental branches), the EIB and the EBRD occupied respectively the 44th and 45th places scoring 24.6% and 24.5% for transparency (a score of 100% would mean excellent transparency).

Both the EIB and the EBRD score worse than last year and are labeled ‘poor’ when it comes to transparency. The transparency indexes of both banks are more than 30% below the average of all EU institutions which stands at 56.7%.

The top ranking agency is the UNDP with a score of 91%. The UK Department for International Development, the Millennium Challenge Corporation and GAVI, the Vaccine Alliance come close on the heels of UNDP, all scoring above 85% and performing well on most indicators. As in 2013, China takes the last place, scoring just 2%.

The EIB started voluntarily submitting information about its standards and activities to the International Aid Transparency Initiative Standard in September 2014 but this has not yet led to any improvement in the institution’s ranking.

According to the PWYF “the EBRD performs best on organisation planning information, with scores above the poor category average. It lags on commitment indicators, organisation financial information and basic activity and classifications information. It is the only IFI that does not score for forward-looking country budgets.”

“The EIB performs relatively well on organisation planning but does not score on performance information (results, conditions and impact appraisals) and scores on less than half the activity-level indicators.”

“Transparency is a precondition for good governance and these figures should ring an alarm bell for anyone who is concerned about the quality of EU funding. This is a new low in the EIB’s transparency track record. Its new transparency policy will be the next one, if the bank is not willing to dramatically improve its first draft.”

“Ranking last among multilateral development institutions speaks for itself and should be a strong motivator for the EBRD to improve its practices, especially now that it has a president who has personally committed to transparency. Some aspects are improving over the years, but the EBRD lags way behind its peers. The bank can and should do better, instead it has increasingly delegated disclosure responsibilities to its clients.”

“A lot of progress was made at the political level in the early days of aid transparency, including a promise to publish aid information to an internationally-agreed common standard by the end of 2015. But with a year to go until that deadline, progress has stalled. The ranking shows that no matter how many international promises are made, and no matter how many speeches there are around openness, a startling amount of organisations are still not publishing what they fund.”

“Greater transparency on aid flows is absolutely critical to enabling parliamentarians and civil society organisations to hold policymakers to account. We need to ensure we are able provide European taxpayers with assurances that their money is being spent in the most effective way possible.”

1. The European Investment Bank is currently reviewing its transparency policy. Among other things, the bank is proposing a significant expansion of its existing exemptions on information disclosure. A new policy is expected. For more information see

2. For the full ranking and all background information on the ATI please visit
http://www.publishwhatyoufund.org/index/2014-ati/