The European Investment Bank has financed a series of damaging hydropower projects since 2010 which underline the need to tighten its environmental and social standards, according to a new report published today by CEE Bankwatch Network and EuroNatur. 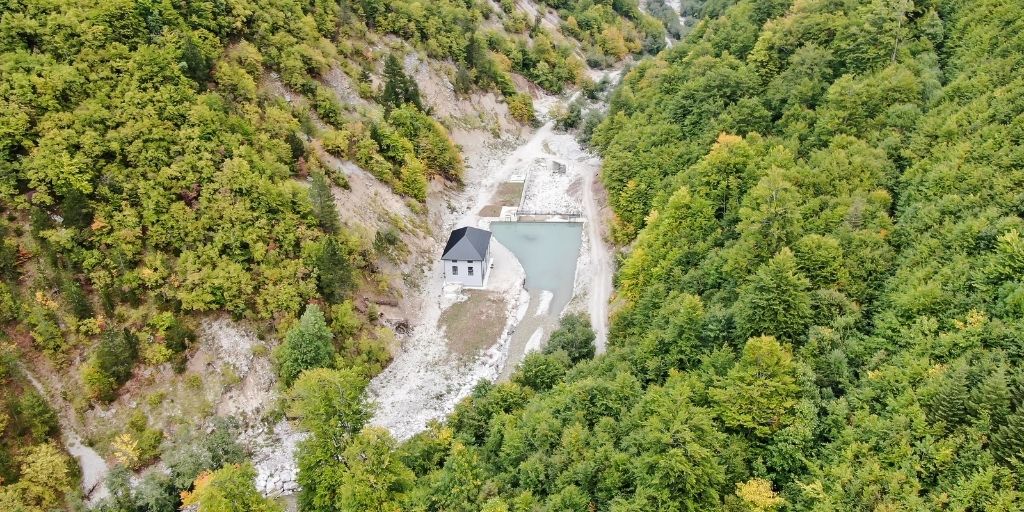 The European Investment Bank has financed a series of damaging hydropower projects since 2010 (1) which underline the need to tighten its environmental and social standards, according to a new report published today by CEE Bankwatch Network and EuroNatur.

The report examines eight hydropower schemes in central and eastern Europe (2) supported or currently being considered for financing by the EU’s house bank. It finds that neither the Bank’s current rules, nor its proposed new standards published for consultation in June 2021 (3), are sufficient to prevent the damage from such projects.

Andrey Ralev, Biodiversity Campaigner at CEE Bankwatch Network stated that ‘All of the plants examined have damaged, or will damage, areas which are supposed to be protected by law. Such areas need to be declared no-go zones for financing in the EIB’s Biodiversity and Ecosystems Standard, if they are to be truly protected’.

A particular problem is the Bank’s financing via intermediaries – chiefly commercial banks and national promotional banks. In southeast Europe alone, the EIB has provided at least 27 intermediated loans for hydropower plants since 2010, though the names of many of the projects remain unknown given that the Bank does not publish information on the final beneficiaries of such investments.

‘Financial intermediaries in southeast Europe clearly do not have the capacity to check hydropower projects’ compliance with the EIB’s standards and EU law. The EIB needs to stop abdicating responsibility for such investments and get involved in screening sub-projects itself,’ added Pippa Gallop, Southeast Europe Energy Advisor at CEE Bankwatch Network.

For example, the EIB financed the six small Tearce and Brza Voda plants in North Macedonia via the Development Bank of North Macedonia. The plants have been built in the heart of what is now the Shar Mountain National Park. They block the Bistrica and Brza Voda rivers, preventing movement of river fauna over stretches totalling 10 kilometres. The plants’ access roads have also most likely facilitated logging of pristine forest in the area.

‘In the case of the Tearce and Brza Voda plants, the EIB clearly assumed that the national authorities were willing and able to enforce environmental law. The Bank uses this excuse to absolve itself of proper checking and monitoring of its projects. But even in the EU this is clearly not always the case. As the EU’s own investment bank, the EIB needs to clearly set out how it will ensure that all projects comply with EU law, whether they are in the EU or not,’ explained Gjorgji Mitrevski of Eko-svest, North Macedonia.

‘If the EIB is really committed to tackling the ecological and climate crises, then it needs to scrap its old thinking and revamp how it finances projects’, added Bruna Campos, Senior Policy Manager at EuroNatur.

1. Due to a lack of clear information disclosure by the Bank it is impossible to say how many hydropower projects have been financed. 42 direct EIB energy sector investments signed since 2010 (see Financed Projects) appear to include the construction of new hydropower plants, but this does not include projects via intermediaries, on which the EIB publishes no information about final beneficiaries.