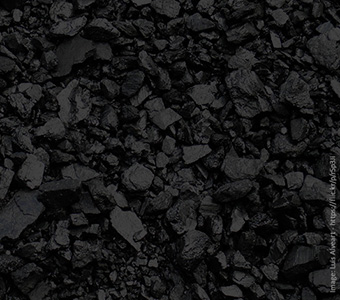 The full briefing can be downloaded from here: https://bankwatch.org/sites/default/files/briefing-Balkans-CO2-29Mar2017.pdf

The EU’s Emissions Trading Scheme (ETS), one of Europe’s key instruments for reducing greenhouse gas emissions and tackling the climate crisis, obliges companies to purchase allowances for every tonne of carbon dioxide they emit. As countries of the Western Balkans are already working to join the EU, entering the ETS could effectively render a number of coal-fired power plants across the region stranded assets, the analysis shows.

Even at just EUR 5 per tonne of CO2, Montenegro’s Pljevlja II project, among the smallest in the region, would have to foot an additional EUR 8 million bill every year for its carbon emissions. With CO2 price set at EUR 35 per tonne – a price that may well be reached by 2030 – this extra annual cost would climb to no less than EUR 55.6 million.

For the 600 MW Ugljevik III in Bosnia-Herzegovina, the largest coal power station currently planned in the region, the yearly carbon bill would range between EUR 21 million and EUR 146 million, depending on the CO2 price.

Promoters of new coal projects, primarily state owned utilities, have so far overlooked these extra costs. For example, the feasibility study summary for Serbia’s Kostolac B3 plant explains that carbon costs had been left out on the assumption that they would be covered by the state. In practice, however, state aid rules that apply to Serbia as a signatory to the Energy Community Treaty forbid this kind of payment.

At the same time, the project’s sensitivity analysis, which does include carbon costs, leaves no doubts that “even a low CO2 price is enough to render the plant uneconomic,” according to Bankwatch’s assessment.

These findings illustrate the grave economic risk that investment in new coal power entails for companies and the public alike. Decision-makers, the briefing authors state, should revisit the feasibility of all coal power projects after applying shadow carbon pricing, and before allowing any further implementation of these plans.

In addition, governments that seek to secure future electricity supply have to “prioritise demand-side energy efficiency as the most sustainable long term way to avoid shocks from prices of either CO2 or imported fuels.”

Pippa Gallop, Research Co-ordinator at CEE Bankwatch Network and co-author of the briefing, says:
“New energy infrastructure built now will last for several decades and has to be future-proof. Legislation and demand patterns are going to change significantly, and investments have to be flexible enough to take account of this. But the Balkan coal plans are the opposite of flexible – they are not even likely to be feasible under today’s conditions of low electricity prices, let alone tomorrow’s conditions with CO2 pricing and higher environmental standards.”

Ioana Ciuta, Energy Co-ordinator at CEE Bankwatch Network and co-author of the briefing, says:
“Even with low CO2 prices, stranded assets are already reality in many parts of Europe. E.ON already plans to close 13 GW of its coal and gas capacity across Europe, and Enel intends to close 23 coal and gas power stations by 2019 in Italy alone. Behind these developments are the rise of renewable energy and the drop in electricity prices across most of Europe. So decision makers in the Western Balkans would be wise to put the money where the future is, rather than wait and adapt when they have no other choice.”